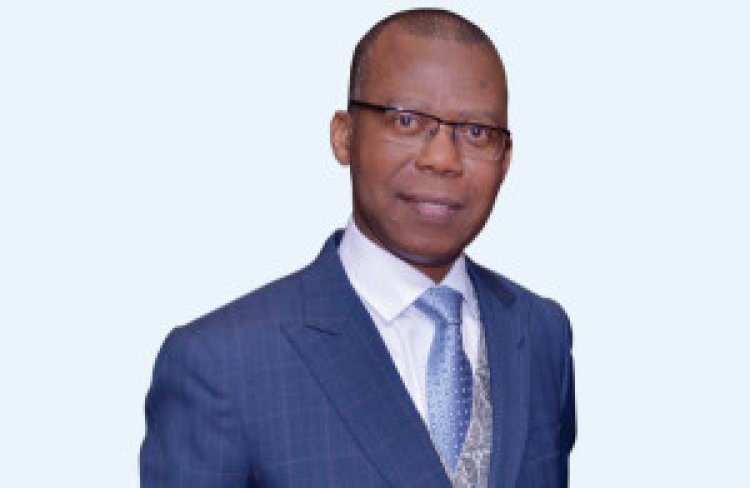 It is with pleasure that Asia News Agency presents extracts of a Face to Face interview with H. E. Mr. Manuel Eduardo Bravo, Ambassador of Angola to the Republic of India.

ANA.: India and Angola have had excellent relations going back to India’s support to Angola freedom struggle against the Portuguese colonial rule. Excellency, could you apprise our readers of the current status of bilateral relations?

H.E.: Indeed, the strong ties of friendship and solidarity between Angola and India go back to the 1960s when the Angolan people fought against the then Portuguese colonial regime. In fact, in the 1960s, Angolan freedom fi ghters have been trained at the Indian Military Academy-Dehradun. Th e solidarity and sympathy levels of India towards our freedom struggle was so striking that, in 1968, while addressing the United Nations General Assembly in New York, the then Prime Minister Indira Gandhi pointed out that India’s freedom and independence would not be complete as long as the people of Angola and other colonies were denied theirs. So, we can infer from this remarkable stance that the traditionally excellent political and affectionate bonds between our governments constitute an unshakable foundation of Indo-Angolan bilateral cooperation. Its current status is healthy and is being strengthened, but is yet to achieve its full potential.

ANA.: Trade and economic cooperation between the two countries appears to be below potential. Could you indicate the reasons for this and the true potential.

H.E.: Borrowing an expression from aeronautics, I would say that, so far, trade and economic cooperation has not reached its cruise speed. Th e best is yet to come. Over the last decade or so, the bilateral trade value has been in the ascendant, but oscillating. For example, our bilateral trade averaged respectively 4,24 billion USD in 2009-2010, 7,5 billion USD in 2012-2013, and 4,35 billion USD in 2018-2019. Th e moot point is that Indo-Angolan trade is predominantly based on oil transactions, thus limiting the potential of our bilateral cooperation. I think that it is high time that we shift gears and move from the current transactional cooperation towards a strategic one in order to explore and realize the true potential of the relationship between India and Angola. It is no wonder that on the sidelines of the 2015 India-Africa Summit, Prime Minister Modi had emphatically and rightly emphasized to the then Vice-President
of Angola, the need of our bilateral cooperation to transcend buyer-seller paradigm.

ANA.: Staying with trade, Angola is one of the largest source of crude oil for India after Nigeria in the Sub-Saharan Africa. How do you see the potential of further imports by India considering US sanctions on Iran?

H.E.: Angola is the second largest oil producer in Africa. We export around 15% of our oil production to India, thus contributing to the energy security of India. Th ere is a huge potential to boost cooperation in the energy sector provided both countries negotiate and arrive at mutually acceptable terms. By the way, from 2019 to 2025, 49 oil concessions are going to be available by public tender or direct adjudication. So, Indian oil & gas industrialists and entrepreneurs are invited to seize the opportunity of these concessions. By doing so, they would contribute to augment our capacity to produce and locally refi ne oil. As of now, Angola imports 80% of its oil consumption requirement. So far, we benefi t from only 20% of our oil production. Hence we encourage Indian corporations to invest in refi neries and petrochemical industry.

ANA.: Other than petroleum, Angola has a fairly rich resource base in diamonds, iron ore, phosphates, copper, gold, bauxite, uranium etc. Could you please highlight areas where India’s technology and expertise could be utilized for mutual benefit?

H.E.: Indeed, Angola is abundantly blessed with a large variety of mineral resources, namely those you have just mentioned. India’s technology, expertise and investments would be an ideal game changer in the realm of our bilateral cooperation. Areas such as health and pharmaceuticals; mining, gold and
diamonds; renewable energy; education and information technology; hospitality and tourism; infrastructures; textiles, clothing and footwear; manufacturing and petrochemical industries could be the focus of the Indo-Angolan development partnership.

ANA.: Due to the similarities between agro-climatic zones of India and Angola, what are the chances to build up cooperation in the agriculture segment?

H.E.: I intentionally did not mention agriculture earlier, without prejudice to its importance to the growth and development of Angola. As a matter of fact, the improvement of Africa’s agriculture is one of the guiding principles of India’s engagement with Africa. Agriculture is undoubtedly a sector in which India’s expertise and know-how would make a great diff erence in Angola. Th e 35 million hectares of fertile agricultural land along with the over 70 hydrographical basins Angola is endowed with, turns agriculture and food processing industry into an opportunity for Indian agriculturalists and entrepreneurs to invest in. In the last 10 years, Angola is estimated to have spent around 40 billion USD on importing foodstuff. Our government is committed to reverse this trend as we can and should produce our own foodstuff . In this regard, the Angolan government approved the PRODESI, which is a programme aimed, among other things, at promoting agro-industry, substitution of imports and diversifi cation of exports. For those interested in investing in agriculture, it is worth mentioning that land entitlements are given for a renewable span of 60 years.

ANA.: India’s corporate sector looks at Angola as a land of opportunity. Could you explain the incentives that Angola offers for potential investors?

H.E.: Certainly, the corporate sector is absolutely right in considering Angola as a land of opportunities. It is no wonder that as per the 2019 Africa Investment Risk Report, Angola is in the top five favourite countries for investment in Africa. In addition to the earlier mentioned sectors open for Indian investments, there are over 180 public companies due to be privatized through the stock market. Indian and other South-Asian businessmen and entrepreneurs could grasp this opportunity. Th e idea is to make these companies more competitive and dynamic. The Indian business fraternity can be reassured that they can invest on their own. Th ere is neither obligation nor prohibition on investors being associated with local partners. It does not matter if investments are greenfi eld or brownfi eld. Among the incentives are several tax benefi ts, such as tax deductions, exemption and reduction of taxes and deferral of tax payments. Needless to say that all investments made in Angola are secured with clear-cut guarantees of repatriation of dividends and profi ts in conformity with the private investment law.

ANA.: Excellency, would you like to indicate the areas of convergence and divergence with India on major global matters?

H.E.: Both Angola and India are active and responsible members of the international community. Overall, on major global matters, the tenets of our foreign policies converge and couldn’t be otherwise. For Angola and India, the promotion of international peace, security, and socio-economic development
of humanity, as well as the universal fi ght against terrorism have been the pillars of their grand strategies. In addition to that, Angola and India have the tradition of supporting each other in the implementation of their diplomatic agendas. As rightly mentioned in the 2017-2018 Annual Report of the Indian Ministry of External Aff airs, Angola has consistently supported India’s candidates to various international bodies, a case in point being India’s candidature to the International Court of Justice.

ANA.: Considering terrorism as one of the challenges of the present times, what is Angola’s approach to it and is it in sync with the Indian approach?

H.E.: Presently, combatting terrorism is high on the global agenda, apart from being another guiding principle of India’s engagement with Africa. Angola attaches great importance to the fi ght against terrorism at the national, regional and global levels. So much so that, in 2017, we passed a law on terrorism prevention and combat. So, as far as terrorism challenge is concerned, our countries are on the same wavelength. ANA. Finally Excellency, we would be grateful for your views on News behind the News (NbN) that has been providing editorial services exclusively to the India based diplomatic community for over 4 decades.

H.E.: I commend your magazine for the excellent services being off ered to the diplomatic corps in India. NbN has been a vehicle whereby diplomats learn about political, economic and foreign policy issues of India and Indo-Pacifi c region. Also worth mentioning is the fact that through NbN, diplomats convey to the Indian society the interests, the reality and the agendas of their countries towards boosting friendly relations of cooperation and development partnerships. I do believe that an Indo-Angolan partnership is bound to be a winning synergy. In my capacity as the Ambassador of Angola, through the pages of this widely read magazine, I again invite and encourage Indian businessmen, entrepreneurs and captains of industry to invest in my country, which is a gateway to southern and central sub-regions of Africa. In today’s Angola, the improvements in the management of public aff airs is increasingly visible, whether it is in the ease of doing business or the simplifi ed regime of issuance of visas; whether it is the crusade against corruption or investors’ entitlement to repatriation of
dividends and profi ts. Th ese four factors are per se a guarantee of a win-win outcome for those who are enterprising and ambitious enough to contribute to the growth, development and prosperity of Angola.