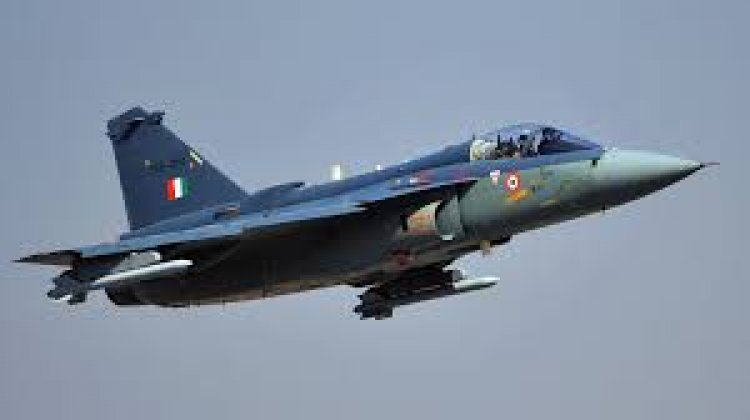 The Cabinet Committee on Security (CCS) Wednesday cleared a deal worth nearly Rs 48,000 crore for the acquisition of 83 Tejas Light Combat Aircraft for the Indian Air Force.

Designed by the Aeronautical Development Agency under the Department of Defence Research and Development, the Tejas Mk-1A multirole light fighters will be manufactured by state-owned Hindustan Aeronautics Limited (HAL). It will be an improvement over the Mk-1 version. The IAF acquired 40 of the earlier variant in two deals — 20 were Initial Operational Clearance standard aircraft (16 fighters and four trainers) while the next 20 were Final Operational Clearance standard aircraft.

Defence Minister Rajnath Singh, in Twitter posts, described it as the “largest indigenous defence procurement deal” and said it “will be a game changer for self-reliance in the Indian defence manufacturing”. He said “LCA-Tejas is going to be the backbone of the IAF fighter fleet in years to come” and it “incorporates a large number of new technologies, many of which were never attempted in India”. The indigenous content of the aircraft, he said, is 50 per cent and will be enhanced to 60 per cent.

In a statement, the Ministry of Defence said the CCS approved procurement of 73 LCA Tejas Mk-1A fighter aircraft and 10 LCA Tejas Mk-1 trainer aircraft at a cost of Rs 45,696 crore along with design and development of infrastructure sanctions worth Rs 1,202 crore.

HAL has already set up second line manufacturing facilities at its Nasik and Bengaluru divisions, Singh said, adding that “equipped with the augmented infrastructure, the HAL will steer LCA-Mk1A production for timely deliveries to the IAF”.

The decision, he said, will “considerably expand the current LCA ecosystem and help in creating new job opportunities”.

While the 20 IOC Mk-1 aircraft formed the 45 Squadron at Sulur in Tamil Nadu, Krishn Kaushik, journalist at The Indian Express writes  the first FOC aircraft was handed to the IAF last May, part of the 18 Squadron, also at Sulur. The 73 Mk-1A variant will form four IAF squadrons, along with reserves and additional aircraft.

The LCA, the Ministry said, “would be a potent platform to meet the operational requirements of Indian Air Force”.

Infrastructure development: The CCS, it said, “also approved infrastructure development by IAF under the project to enable them handle repairs or servicing at their base depot so that the turnaround time would get reduced for mission critical systems and would lead to increased availability of aircraft for operational exploitation”.

R Madhavan, Chairman and Managing Director of HAL, in a statement, said the “production rate for this increased requirement by IAF is being augmented by HAL from 8 to 16 aircraft per year through the creation of state-of-the-art new facility in Bengaluru”.

“Tejas would have the highest level indigenisation in comparison to any programme of this scale with progressive indigenisation of critical technologies, thereby making India a technologically self-reliant nation,” he said.

The LCA, writes Kaushik will be critical to maintain the fleet strength of IAF fighters. Although the IAF has an authorised squadron strength of 42, it has only 30 squadrons at the moment. With the MiG-21 aircraft to be phased out by 2024, the IAF is building its squadron strength.

In an interaction with ANI, the Air Chief said the 83 indigenous fighter jets to be inducted into the force would also be equipped with homegrown weapons such as the Astra beyond visual range air to air missiles and other standoff weapons. "Indian aircraft Tejas is far better and advanced than the Chinese and Pakistan joint venture JF-17 fighter," Bhadauria said when asked to compare the Indian fighter with the JF-17.

To a query on whether the Tejas would be able to carry out Balakot-type airstrikes, the Air Chief said: "In terms of strike capability, it will have the capability of a standoff weapon which will be even beyond the capability we used that time." Noting the approval of the largest indigenous defence procurement deal to buy 83 LCA Tejas, Air Chief Bhadauria said that the deal is a huge step for IAF capability building, adding that the current strength of the two squadron plan of LCA will now increase to six.

"Order of 83 aircraft is huge. When this kind of order takes shape in the next 8-9 years, the entire ecosystem will get set up. For military aviation, it will be a big step. It will make a big base for fighter aircraft production, maintenance and support," IAF Chief told ANI.

"It is a huge step for IAF capability building. It is also a big boost to our indigenous industry. It is also a big recognition of our designers. It is a huge step for Indian Air Force and for the country," he added. On the possible deployment of the newly procured aircraft, he said, "The 83 aircraft will look after four squadrons. The current strength of the two squadron plan of LCA will now increase to six. Essentially the deployment will be frontline."

Game-changer: According to The Tribune, the decision “signals a significant push to accelerate the slow and difficult march towards self-reliance in the defence sector. The nearly Rs 47,000-crore deal has been described as a game-changer; it would, according to the Defence Minister, act as a catalyst to transform the Indian aerospace industry into a self-sustaining ecosystem. Last year, an import embargo was imposed on 101 defence items, a new Defence Acquisition Procedure was put in place and Foreign Direct Investment in the sector was raised from 49 to 74 per cent under the automatic route. The government may have made clear its intent to support indigenous defence manufacturing to stem the dependence on expensive high-tech foreign imports, but the real test lies in putting that into practice and ensuring results.

“Tejas is flying high, but it has been a long and arduous journey for the Light Combat Aircraft. The Mark-1A fighters will have several ‘improvements’ over the 40 Mark-1 jets ordered by the IAF earlier. The indigenous content level is expected to be 60 per cent, up 10 per cent, by the time the entire delivery is rolled out and there will be greater collaboration with private vendors. It is not only the largest make-in-India deal in the defence sector, but also the biggest for fighter jets since the government in the mid-1990s okayed the purchase of 272 Sukhoi-30MKI jets from Russia. The first lot of the upgraded version of the Tejas platform is to be made available by 2023 and the last by 2027. Public sector giant Hindustan Aeronautics Limited has a challenging task at hand and will have to step up its production rate.”