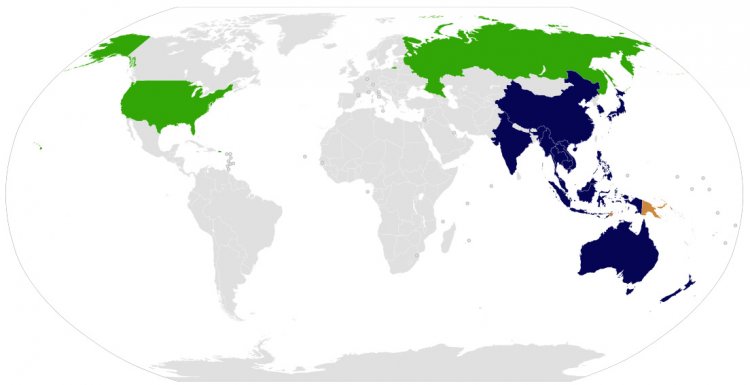 The East Asia Summit (EAS) is the main summit in the Indo-Pacific region. It is  held annually in November. It is a leaders-led forum and is usually held just after the second  ASEAN summit of the year when the ASEAN also meets its dialogue partners, including India. Prime Minister of Vietnam Nguyen Xuan Phuc was the chair of the EAS.

Though the main threat in the region is from China, this is rarely discussed openly in deference to ASEAN views, writes K C Singh, former Ambassador to ASEAN.  The Hanoi Declaration for the 15th Anniversary of EAS therefore,  has a mere 12 paragraphs. “This is because China, backed by Russia, introduced several ideas at the drafting stage which queered the pitch. To remove these, other substantive ideas were dropped, leading to an innocuous document……”

The Declaration nevertheless,  devotes several paragraphs to regional issues unique to ASEAN like the meeting with the ambassadors at Jakarta, regional connectivity and the narrowing of development gaps within ASEAN. These documents, says Singh  “tend to look more like a donor-donee relationship document than a true partnership of equals, which ASEAN normally seeks…….

“In the absence of taking on the Chinese dragon, the focus has been on emphasising ASEAN centrality. While this is a given in almost every ASEAN partner’s statement, the reiteration in various documents this time gives the impression that the centrality of ASEAN is actually under challenge. This is mainly because China has dealt with the ASEAN countries individually rather than as a bloc. The Quad is also contacting interested ASEAN countries individually. The way ASEAN operates, it becomes necessary for partners to act separately, like in the Indo Pacific and the Quad. These detract from ASEAN’s centrality, which is truly not what it used to be even if every dialogue partner continues to mention it.”

Areas of interest to India

While the RCEP agreement was signed a day after the EAS, the leader’s statement on the regional economy mentions the WTO but not RCEP as it seeks a transparent, non-discriminatory and stable trade and investment environment to promote regional value chains (RVCs). This, writes Singh  “is probably in deference to India which has opted out of RCEP but is interested in being a part of the RVCs.

“Other areas of interest for India emanating from the leaders documents are regional connectivity with a perceptible shift to the maritime sphere, macroeconomic and financial stability efforts in which India has not so far played a major role. India has a role in the ideas behind the statement on marine sustainability since it has dealt with illegal fishing and related issues and could become a part of the proposed regional cooperation for mobility of skilled labour and services. These need to be better covered by a reviewed India-ASEAN FTA.

“India has an important role envisaged in the statement on dealing with epidemics, both in its ability to provide capacity building and crucial manufacturing bases for pharmaceuticals as part of resilient supply chains for medical supplies in the region. These need to be leveraged directly with ASEAN countries.

“The India-Japan-Australia and India-Australia-France agreements to pursue value chains in the region can draw sustenance from these documents and move ahead with interested ASEAN countries since, like China, India too will now put priority to bilateral relationships with select ASEAN countries while maintaining its overall commitment to ASEAN as a community.”