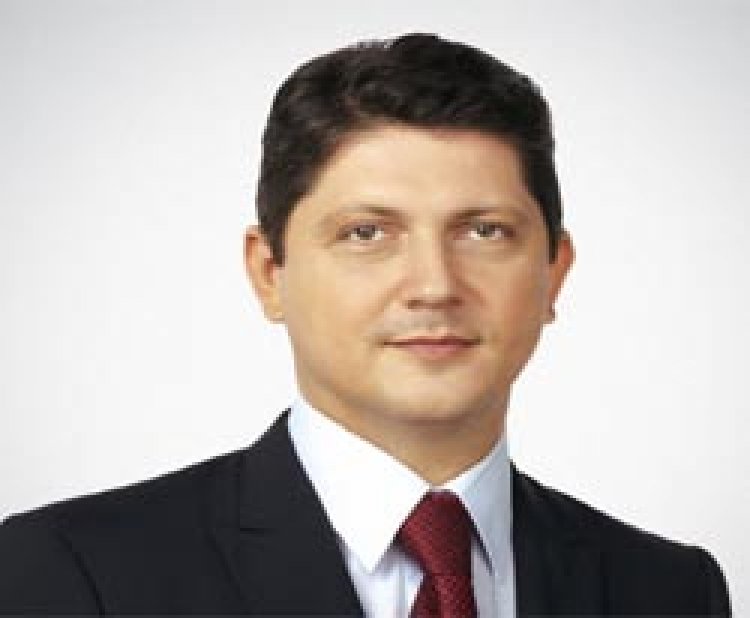 ANA: Diplomatic relations between the two countries were established in 1948 and relations are considered to be friendly. We understand there are more than 22 bilateral agreements some of which are of a framework nature. Excellency, is your country happy at the state of bilateral relations with India?

H.E.: Relations between Romania and India go back a long time and have been constantly consolidated not only on the basis of bilateral agreements but also through the bilateral dialogue between the leaders of our two states, through economic cooperation, cultural projects and people to people contacts.

To give you a sense of the dimension of our friendship and cooperation, let me mention just one project. Back in 1953 and 1956 India discovered crude oil in Nahorkatiya and Moran respectively. In order to build the first oil refinery in India, Indian authorities invited Romanian companies, which was well-known, for their expertise in crude oil extraction and processing.

It was a very complex project, but the cooperation went perfectly well and the oil refinery was ready 22 months ahead of time. It was inaugurated by then Prime Minister Jawaharlal Nehru, on 1st January 1962. One can only imagine how many hurdles in executing such a project were raised in the way of Romanian and Indian technicians. Friendly relations between Romania and India are based on strong historical roots and have steadily expanded and deepened over the years, relying on solid shared values and principles, such as the commitment to democracy, the rule of law, development and peace.

To sum up, I can say yes, we are happy with the state of the bilateral relation with India and, if we look at the future, we are confident that we will further turn to fruition the huge potential existing between Romania and India. My visit to New Delhi wants to give a new impetus to our bilateral cooperation.

ANA: Excellency, what are the key issues that you hope to discuss with your Indian counterpart and what your expectations?

H.E.: Meetings between Ministers of Foreign Affairs are rather common, but when two states are so close as Romania and India are, it is even more important to exchange views about the current state of the bilateral relation and about the major developments in the world. I expect to have open and comprehensive talks with the Minister for Foreign Relations of the Republic of India, H.E. Shri Salman Khurshid.

Two documents are also ready for signing: Joint Statement on Establishing an Extended Partnership between Romania and India and an Agreement on the avoidance of double taxation.

ANA: Are there any challenges that are on your agenda?

H.E.: If by challenges you mean sensitive issues, the answer is no. We do not have any irritants in our bilateral relation and I have the conviction that things will remain like that for many years to come. However, in the current international context, countries are called to act jointly in order to respond to the challenges at global level and in this respect Romania and India have a good cooperation in multilateral fora. As for our bilateral relations, the challenge is to shape them according to our 21st century standards.

ANA: Romania is now a member of the EU. Has that made any difference in the political and economic relations with India? Basically, has interaction improved as a result?

H.E.: Romania’s membership in the EU has produced important effects in our domestic and foreign policies. As you may know, EU is based on a number of common rules and policies, known as “the Community acquis” and any new Member State has to take over the acquis and adapt to it.

For instance, the EU has a common trade policy, applied in its bilateral, regional and multilateral relations. We believe that EU membership offers Romania a better promotion of its economic interest in international negotiations and enhances trade opportunities as the EU is the largest trade block in the world. We expect that Romanian and Indian business communities would take full advantage of the future EU-India Free Trade Agreement (FTA), currently under negotiation.

Bilateral relations between EU member states and India will remain as strong as ever, each one with their own character. This is also true for Romania. The level of trust and communion between states take years to build. We will do our best to keep that spirit and further improve it.

ANA: Excellency, Romania has been closely associated with developments in Afghanistan; it also committed troops. How does your country see the situation evolving post 2014 when US troops withdraw? Please respond particularly on the impact on the stability of South West Asia region as you perceive.

H.E.: Over the past two years, despite all the challenges, we have made real progress. Two years ago, the Afghans were in charge with the security in the Kabul area only. At present they are progressively assuming responsibility for their own security in areas with a population amounting to 87% of all Afghans. This is a positive development, and I am glad to say that the Afghan National Security Forces have decisively contributed to it.

The fact that, within a few months, the ISAF will shift completely to a support role demonstrates the viability of the NATO strategy adopted in Lisbon, in 2010. We will continue to implement this strategy as it works. Together with our ISAF partners we have a clear plan to put Afghans in charge of their own security by the end of next year and make the transition a success.

The US announcement of a reduction in troop’s level is the result of these encouraging developments and is fully in line with the strategy agreed by ISAF partners and the Afghan government. Romania will also reduce its military contribution to ISAF according to plan. But while we shift roles, we get ready for new means to continue our support to Afghanistan beyond 2014.

Last year at the Chicago Summit, NATO and the Afghan Government agreed to launch a new mission dedicated to training, advising and assisting Afghan Forces. The planning of this mission is underway and I have to say that 10 partner countries have already announced their intention to continue their assistance to Afghanistan. It means that NATO and its partners will continue to stand by Afghanistan. We hope that this is going to reduce anxieties that might arise regarding the future of the stability of the region. However, the stability of South West Asia is not in NATO’s hands. It depends primarily on the positive engagement of Afghanistan’s neighbours and this is a fact which by now is common knowledge to them, as is to us.

ANA: Coming back to India, our research indicates that the volume of bilateral trade in 2012 was about US$ 740 million. Excellency, this appears to be rather modest.

H.E.: Now that India is emerging as an economic power house, is there a vision to upgrade economic and trade ties with India?

As you suggested, there is plenty of room for improvement. Back in 2006, during the state visit of Romania’s President to India, the two sides agreed to put forward the target of 1 billion dollars in the bilateral trade exchanges by 2010. In 2009 we came close to this figure but then we had to manage the financial crisis that struck Europe, followed by the economic meltdown in Europe and again the crisis of the Euro last year.

Now we are somewhat more positive that the situation will evolve for the better over the coming 3-4 years and we look forward to improving the bilateral economic exchanges by trying to reach the target set formerly.

We need a new drive in our commercial relations in order to be more imaginative when it comes to new areas of the bilateral cooperation. The latest session of the Romanian-India Joint Committee, of Romania and India that took place in Bucharest (1-2 February 2012), came up with fresh ideas of how to fulfill this commitment.

The two delegations identified opportunities for joint ventures in areas such as equipment for metallurgy and the energy industry, cooperation between small and medium size enterprises, transport and infrastructure, IT, agriculture, manufacturing industry, engineering, auto industry, textile.

Admittedly, there is a strong interest in Romania for the cooperation with an economic power house such as India. We believe that the growing potential of our trade relations and economic cooperation will be better used in the future, as the extended partnership between Romania and India will start becoming effective and the EU-India comprehensive FTA, whose conclusion is supported by Romania within the EU will come into force, we hope, before too long.

ANA: Excellency, can you make a case why Indian companies should invest in your country.

H.E.: India has emerged, even in the recent period of the global crisis, as one of the world’s most dynamic economies, and Romania, as an EU member, has a market economy with many business opportunities to offer. We already have an important Indian presence in the Romanian economy, recently estimated by the Indian Business Alliance of Romania at 1.7 billion dollars. Arcelor Mittal is the best known example.

Due to its traditional economic relations with India and to its position, Romania can be a gateway towards the EU internal market. Romania has developed manufacturing skills in many sectors. It has an important agricultural and touristic potential, a well-trained labour force, a competitive advantage in wages at a European level, competitive profit taxation, incentive schemes for investors, a stable banking system and good relations with international financial institutions, as well as the possibility to access European funds.

The good Romanian economic possibilities among East European countries are also acknowledged by international agencies and financial consultants. Furthermore, Romania has recently been selected for inclusion in a very important financial benchmark run by the JPMorgan investment bank (Government Bonds Index - Emerging Markets), starting on the 1st of March, 2013. This decision by an important financial player on the world stage highlights the stability and attractiveness of the Romanian economy, diminishing the financial risks and enhancing the perspectives of the Romanian economic development.

ANA: You are aware of India views on reforms in the Security Council. Does Romania support the entry of India in the Council to reflect the present geo-political realities?

ANA: Finally, how does your country balance its vision on relations with India and China - both being rivals as well as countries that present opportunities?

H.E.: Romania attaches great importance to its bilateral relations with both India and China. In fact, these countries represent two of the most important pillars of Romania’s strategy towards Asia and further development of such relations is a priority mentioned as such in the Governmental Program for 2013-2016. Romania has established a Friendship and Cooperation Partnership with China in 2004, i.e. almost ten years ago, and on this visit I will sign, together with my Indian Counterpart, Minister Khurshid, the Joint Statement on establishing an Extensive Partnership between Romania and India. This is the framework that we are going to build upon in the future, and I’m sure there’s a lot to we can achieve.

As far as the so-called “rivalry” is concerned, I would just quote Prime Minister Manmohan Singh and Prime Minister Wen Jiabao saying that India and China have immense opportunities for working together and that there was enough space in the world to accommodate the ambitions of both countries. Could anyone argue with that?