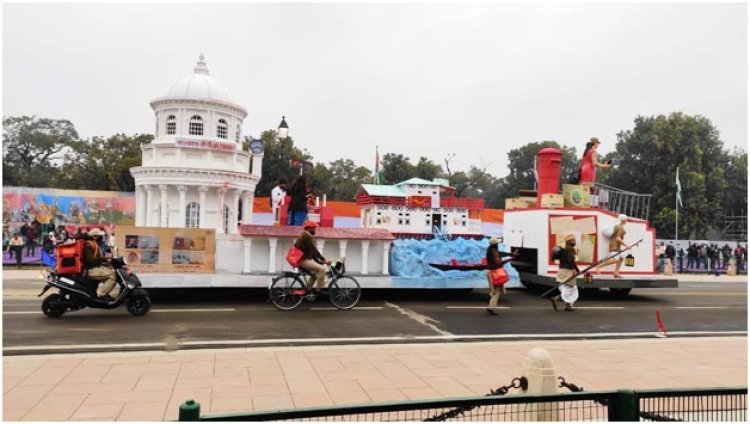 Before 1950, January 26 was celebrated as Independence Day, following the resolution for complete independence adopted at the Lahore Congress in 1929. After independence from the British and adoption of the Constitution, the day was marked as Republic Day.

The Republic has provided integrity and stability

The Indian Republic is proud of its democratic traditions. Constitutionally, it has  a pyramidal three-layered elected representative system. Even with its inadequacies, writes Nirmala Sitharaman (Union finance minister) “this system today has over 3 million elected representatives (a million of them women), over 4,000 elected to the state legislatures and over 500 in the Parliament. The Preamble to the Constitution  envisaged the republic to be governed by the people through their freely-elected representatives. This scale of directly elected representation, perhaps, can be seen nowhere else in the world. It can be accused of being argumentative, noisy, a bit too much at times, but it continues to be full of life……

“There is no doubt that during the last seven decades, our Constitution has provided the integrity and stability that are critical for our republic. The challenges continue in securing justice for every section of our society. The Backward Classes, the Scheduled Castes and the Scheduled Tribes and the poor across all categories clamour for better opportunities and affordable justice….”

A Republic should  empowers its citizens

Raghavan Srinivasan (author, writer and President of Lok Raj Sangathan) provides a contrary and perhaps, a more realistic view of the Indian Republic.

“A republic is a country where supreme power is held by the people. A democracy is where people have a central role in running the affairs of the country. But can anyone really deny that supreme power in India resides in the hands of a small coterie of ministers who work for the richest sections of Indian society? Democracy has been reduced to conducting elections periodically with people having the right to vote but nothing else thereafter. They neither seem to have control over their elected representatives nor do they have any role in running the affairs of the country.”

In the current system, “elected representatives remain unaccountable to those who voted them. People have no role in the political process except on polling day…..The general body of citizens is marginalised from decision-making on all matters of concern to society….

“Today, after 72 years of the Indian Republic, the people stand thoroughly marginalised in the current political process. Even the formal mechanism of elections has been totally subverted by money power, the system of electoral bonds being the latest manifestation of this reality.”

It has therefore, suggests Srinivasan “become imperative that we work towards a political process, a system of democracy and a form of government that are in tune with the aspirations of modern Indians. In this system, sovereignty has to reside in the hands of the entire people, who should be empowered to exercise their sovereignty in practical, meaningful ways…..”

The Politics of Padma Awards: Outreach to the Opposition