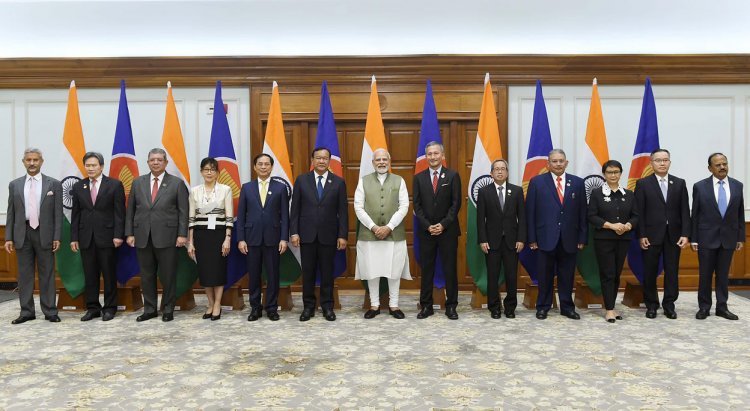 India hosted the conclave to mark the 30th anniversary of its relations with the 10-nation  Association of Southeast Asian Nations  (ASEAN). Foreign ministers of Brunei, Cambodia, Indonesia, Malaysia, Vietnam attended, while Lao PDR, Philippines and Thailand sent their representatives.

There was no representation from Myanmar as it is learnt that India did not invite the Myanmarese foreign minister in sync with ASEAN's consensus following the military coup in that country last year that engagement with it should be at the non-political and non-military level.

Jaishankar and Singaporean Foreign Minister Vivian Balakrishnan were  the two co-chairs of the meeting.

Doctrine on Use of Force