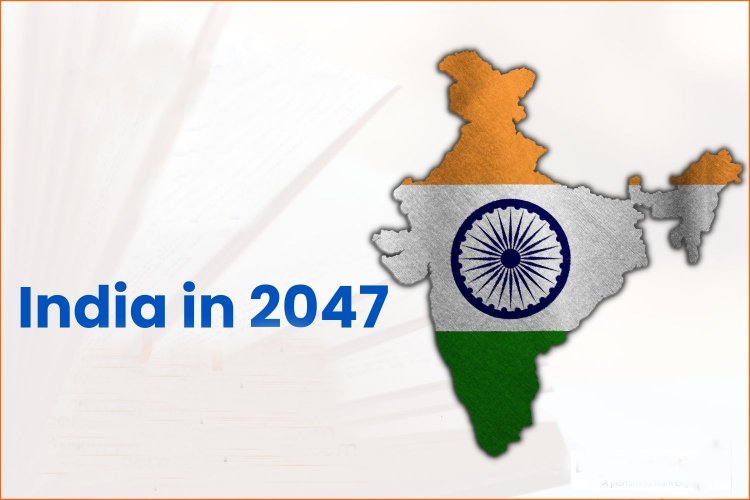 During his Independence Day speech, Prime Minister Narendra Modi gave a call to make India a developed country, “Viksit Bharat”  by 2047. This  will demand significant changes in Indian foreign policy tradition, according to C Raja Mohan (senior fellow, Asia Society Policy Institute and contributing editor on international affairs, The Indian Express). “ Some of those changes, already set in motion in recent years, must now acquire greater purpose and speed….”

While the geographic imperatives of a nation endure over time, “the changing nature of the Indian economy, evolution of external conditions, emergence of new regional challenges, and shifts in the global power hierarchy all demand new foreign policy strategies.”

And  “while India is well on its way to becoming the third-largest economy in the next few years, that does not necessarily make it a developed nation. Many of the tasks of becoming a developed nation are indeed domestic — promoting social justice, internal unity, economic modernisation, resilient political institutions, and deep bases of science and technology.”

Overcoming residual legacies of Partition: Among the three major foreign policy tasks, “The first is the need to overcome the residual legacies of Partition that continue to undermine Delhi’s geopolitical position….” This would require mending relations with Pakistan and resolving pending issues with Bangladesh. To reclaim a prominent role in the region, India needs to   make cooperation more attractive to the neighbours.

The China challenge: The second, says Mohan  “is about coping with the growing power gap with China. Beijing has been the greatest beneficiary of India’s Partition. China unified itself after an extended civil war in 1949 just after India chose to be divided in 1947. Beijing has leveraged the divisions within the Subcontinent to constrain India. Delhi’s ability to raise its level of engagement in the extended neighbourhood and beyond also runs into substantive Chinese presence.”

Building stronger partnerships with other major powers:  Prime Minister Modi’s policies to address the China challenge — securing our frontiers, retaining India’s regional position, strengthening India’s manufacturing sector, improving domestic technological capabilities, and producing more weapons at home — are in the right direction and they lead to the next task, that of building partnerships.

“It is about building stronger partnerships with other major powers,” says Mohan. But collaboration with other great powers has been hobbled by old ideas of ‘non-alignment’ and ‘strategic autonomy’……India’s problem as it becomes the third-largest economy is not about seeking autonomy from other powers, but joining them in shaping a stable balance of power system in the world.”

Global leadership: Becoming the third largest economy and a developed society argues Mohan “is also about global leadership in managing the enormous consequences of the unfolding technological revolution, stabilising the economic order, and addressing the challenges of climate change and pandemics.

“…..On its way to 2047, Delhi will have to temper its soaring universalism with geopolitical sensitivity and combine the pursuit of multilateralism — at the UN, G-20, and WTO — with coalitions of like-minded nations. Getting power and principle to reinforce each other will help herald India’s arrival as a developed nation and a major power.”

The last 75 years: ability to evolve and adapt in its neighbourhood

Other than China, Menon writes India is “yet to find even a mutually acceptable modus vivendi with Pakistan, let alone a settlement of disputes and differences …..”

In the broader subcontinent, on the other hand, Menon writes “we have shown an ability to evolve and adapt. As South Asia gets drawn into great power rivalry between the US and China, we must expect outside interests and influences to complicate the politics of the subcontinent and will have to work harder to ensure the tranquil periphery that India’s continued transformation requires in our immediate neighbourhood and the Indian Ocean region.”

Learning from successes: All said and done, Menon writes “the Indian foreign policy apparatus has displayed an ability to adjust and respond, to learn from experience and mistakes, and to reform itself. Whether it is military reform after 1962, or the separation of external intelligence after 1965, or the creation of new instruments of economic diplomacy after 1991, or the emphasis on national technical means after Kargil, the Indian state has shown a greater ability to adapt to external challenges than it has to internal challenges. It appears likely that we will need much more of this as the world and the balance of power around us continues to change rapidly.

“While we have learnt from setbacks, sometimes learning from success seems harder. It is probably time to study and learn from the successes in building India’s relations with Bangladesh in the last decade and a half, from those times when the China relationship was managed productively, from the remarkable transformation – across governments and administrations – of India-US relations, and from India’s long-haul nuclear diplomacy, to name just a few instances.

“At the level of grand strategy or statecraft, Indian diplomacy has been bold, innovative and successful. By this I mean the choice of non-alignment as a policy at the inception of the bipolar Cold War, and the multi-directional strategic autonomy in the post-Cold War globalising world.”

India at the UNSC on Global Maritime Security