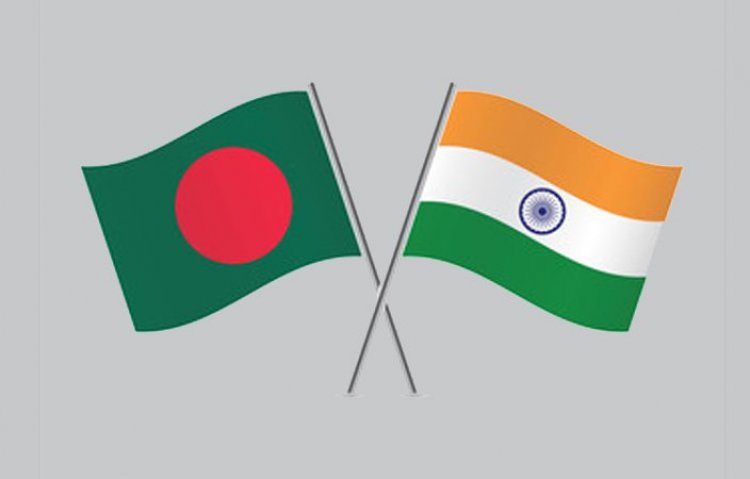 As Bangladesh celebrates 50 years of its independence, bilateral relations with India have never been better. India may however, be loosing the advantage to China which is aggressively promoting its security and economic interests, the latter, largely through project implementation.

China recently laid the final span of the 6.15-km-long Padma bridge. India had announced a $1 billion line of credit for the same bridge, but it did not materialise.

In many ways, writes Jyoti Malhotra (National & Strategic Affairs Editor, ThePrint) it is the story of this bridge “that defines how China has pushed its way into South Asia and replaced India’s overweening influence in the region. And nowhere is this more evident – or ironical – than in Bangladesh, where India is finally stepping up its game, after years of lassitude, because it was so over-confident of its deep ties with a neighbour it helped achieve independence.”

China has beaten India by miles in offering aid to Bangladesh. “In 2015, when Narendra Modi went to Dhaka, the India story hadn’t moved. So, Delhi disbursed a $200 million grant and offered another $2 billion credit to jumpstart the project. It wasn’t enough. China Railway Bridge, which had won the tender meanwhile, began work in December 2015. In October 2016, Xi Jinping landed in Dhaka, the first trip by a Chinese president in 30 years, and signed off on $24 billion worth of credit. In September 2017, the first of 42 spans was laid between pillars 37 and 38.”

The Modi government is now “stepping up the charge, offering to revamp a dysfunctional railway line  (as old as 1965, when Bangladesh was still part of Pakistan) from Chilahati-Haldibari, among other connectivity projects. Construction has finally begun on a petroleum pipeline, promised in 2018, from Siliguri to Dinajpur. As much as $10 billion credit is likely when Modi visits Dhaka to be part of Bangladesh’s 50th independence day celebrations.

“But what is significant is the change of mood in Dhaka. PM Sheikh Hasina has shown herself to be the ultimate realist in South Asia, openly flirting with the Chinese, even though China sided with Pakistan in the 1971 war…..”

BJP’s ‘ideological agenda to ride roughshod over the national imperative’

Observers say she wants to “send a message to Delhi that she won’t forget Union Home Minister Amit Shah description of Bangladeshis as ‘deemak (termites)’ who should be thrown into the Bay of Bengal. Moreover, there is the National Register of Citizens (NRC) and the Citizenship Amendment Act (CAA), which promises to disbar Muslim ‘Bangladeshis’ from becoming Indian citizens – a constant source of concern in Dhaka, even though Indian officials have repeatedly said that both NRC and CAA are domestic considerations.”

The moral of the story, concludes Malhotra  “is that the Modi government cannot allow the Bharatiya Janata Party (BJP)’s ideological agenda to ride roughshod over the national imperative. India’s foreign policy, especially in a hugely important and deeply sensitive neighbourhood, is far too important to be left to party considerations. Modi must insist that Bangladesh is a credible exception to any rule.”