India-China: Only a Partial Thaw 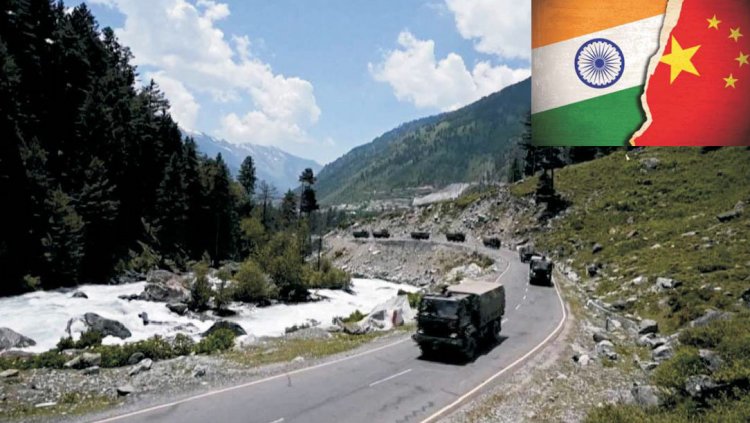 The reason why China pulled back its troops from north-east India in 1962 was probably the  realization that it had reached the end of its tether so far as that particular misadventure was concerned. A similar assessment may have also persuaded it this time to opt for disengagement with the Indian troops in the Pangong Tso area in Ladakh.

What induced the Chinese to indulge in its provocative intrusions in the first place has never been clear. Were they intended to test India’s military strength and resolve in order to ascertain whether further inroads could be made there and in other areas?

Or, were they the result of President Xi Jinping’s desire to burnish his image of being the new emperor of a 21st century Middle Kingdom ?

There may have been another objective as well. Dictators cannot afford to let the status quo prevail lest a period of peace lulls the sense of awe among hoi polloi for the superman at the top. Nor do they want to expose their inability to achieve a stated goal. So, they must forever be seen to be the winner.

In Xi’s case, he has partly succeeded in quelling the unrest in Hong Kong, but the disquiet continues to simmer there as in Tibet while the “conquest” of Taiwan remains a dream. In view of these unfulfilled aspirations in his perception, there was need for an evidence of success on the military front.

And what better place was there to demonstrate it than on the disputed Sino-Indian border where, to start with, the Chinese can always claim that they are only recovering what is theirs anyway since the Line of Actual Control hasn’t been properly demarcated in many places ?

Besides, the Chinese have generally tended to underestimate India’s military prowess and determination with their 1962 gains always at the back of their minds. This time, however, they came up against determined resistance and pushback both in Doklam on the India-Bhutan-China border and in Ladakh.

It has been a lesson to the Chinese about how India has changed in the last six decades both on the military and diplomatic fronts. Whereas in 1962, India had to run to America for help, even asking it to bomb the Chinese positions in north-east India (a possibility which may have hastened the Chinese withdrawal), the US is already on India’s side this time along with Japan and Australia in the Quad.

Moreover, the preparations for a two-front war against China and Pakistan, which began in the years after 1962, have continued unabated till the present time to make India a far stronger adversary than before. There is little doubt that China got a taste of that strength during the latest standoff when it realized that it cannot make any progress without risking a major confrontation.

Since a full-scale war is not an option in an age of nuclear weapons and focus on economic development, China seemingly had no option but to back off, shelving its plans of either nibbling at Indian territory – its usual practice – or forcibly grabbing large chunks of land, as it tried to do in Doklam.

China also realized that India was playing more cards than the military one. The bans imposed on the Chinese apps in India showed that India was willing to wage an economic warfare as well which would throw a spanner in the works of the Chinese economy even if it tries to brush off the banning of the apps as a minor inconvenience.

India may have another card up its sleeve. It is Tibet. So far India has not changed its stance on a one-China policy. However, according to the South China Morning Post, Indians are acquainting themselves with Tibetan language and culture to be able to make better use of local intelligence. In course of time, it is quite possible that India will refuse to accept Chinese suzerainty over Tibet.

As is known, there is already a Tibetan government-in-exile in India with its own prime minister and with the Dalai Lama as the spiritual head. These are thorns in the Chinese flesh, but Beijing is helpless because of the deep respect with which the Tibetan pontiff is regarded in India and all over the world.

It is obvious, therefore, that whatever the Chinese may have presumed when they decided to go on the offensive in Ladakh, the turn of events on the Himalayan heights and on the diplomatic, economic and Tibetan fronts has wrong-footed them.

Hence, the retreat in Pangong Tso though not in Depsang and Galwan. Nor has China forsaken its claim on Arunachal Pradesh, which it calls southern Tibet.

It’s too early to believe, therefore, that the worst is over along the 3,488 km Sino-Indian border. However, the very fact that this calculation is by India whereas the Chinese argue that the length of the border is only 2,000 km underlines how wide is the gulf between the two countries so far as the perception of what is “our” land and what is  “theirs” is concerned.

The present developments can be regarded, therefore, as a case of “two steps back” as both the sides wait for the next move to take “one step forward”. For all practical purposes, it’s only a partial thaw over which it will not be wise to become elated.

But even as the game of “two steps back …” continues, one fallout of the border faceoff is clear: it is that India and China cannot be friends in the foreseeable future as was conceived in the Hindi-Chini bhai bhai days before 1962. The two Asian giants are destined to be adversaries for a very long time.

The Politics and Economics of The Union Budget 2021-22