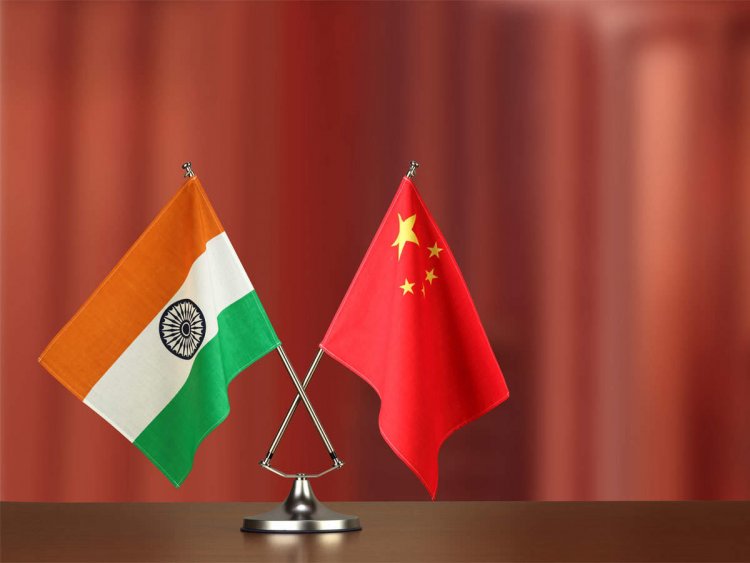 Rivalry between India and China is set to continue over an indefinite period of time.  This is, among other reasons,  because of the deep asymmetry in their power.  As long as India is unable to match China economically and militarily, this asymmetry will continue to sour relations.

The first asymmetry or  stark difference between the two countries are in their economies. China’s GDP is nearly five times bigger than India’s. Its GDP is now over $15.4 trillion, while India is inching towards $3.2 trillion. Mohan Guruswamy (policy analyst studying economic and security issues, held senior positions in government and industry; also specialises in the Chinese economy) estimates that “even if India keeps growing at about 7-8 per cent, its GDP could only close in on that of a China with a declining growth rate by around 2070.”

China is economically dominant globally as well. “The shutdown in Chinese production centres due to the Covid-19 pandemic and the consequent slowdowns in manufacturing from Japan to the US and from India to Europe only serves to establish how much world manufacturing has come to depend on China.”

Demographics: However, despite the immediate gloom, Guruswamy argues the “demographics seem to favour India…..While China’s population will stabilise at 1.46 billion by around 2030, India’s might stabilise at 1.70 billion around 2060. Because its population will stabilise much before India’s will, China will age rapidly, which means its economic growth will inevitably slow down. India’s youthful demographics favour its continued growth for a much longer period………..”

Alliance with US, Japan and Australia: China would be wary of India’s strong evolving relations with the US. China would also “be looking with concern at India’s growth and increasing ability to project power in the IOR….” China “will also note what experts are saying about India’s growth trajectory. That it will be growing long after China gets walking sticks. That it is the ultimate pivot state in the grand struggle for primacy between the West led by the US and Japan, and China.

“In recent times there has been much talk about the ‘Quad’ — the United States, Japan, Australia and India — to confront the spread of China’s dominance. There have been several rounds of talks and virtual meetings of these countries starting 2019. But we must not forget that unlike the US, Japan and Australia, who are physically distant from China, India lives cheek by jowl with it, sharing a long and contested border. It is Indian and Chinese troops which face each other eyeball to eyeball there.”

China’s  BRI is a defensive, not an offensive initiative

For China therefore, India is not the only worry. To enlarge the debate over China, it is useful to understand the philosophy behind its Belt and Rod Initiative (BRI). Other than promoting geostrategic objectives, the Belt and Rod Initiative (BRI)   is seen  by some  experts as an imperative that provides alternatives to China’s Malacca dilemma. Currently, China’s economically viable trade routes to West Asia, Africa and Europe are primarily reliant on the narrow Strait of Malacca.

Prem Shankar Jha  (Delhi-based former journalist and editor) therefore, argues that militarily the BRI is a defensive, not an offensive initiative. “The ultimate purpose of its six ‘economic corridors’ is to prevent the disruption of international trade, upon which not only China’s but the world’s prosperity depends. The BRI will definitely increase China’s influence, not only in Asia and Africa, but also South America and the eastern Mediterranean. To that extent, the fear of its growing hegemony that Bertil Lintner has expressed in The Costliest Pearl: China’s Struggle for the Indian Ocean, is justified.”

But there is a crucial difference between hegemonic power in the era of the Nation State and hegemonic power in the era of globalisation that we are in now. In the former, hegemony was acquired through war and conquest. In the latter it will be utterly destroyed by war and conquest because it is built upon trade, and trade is the first casualty of war.

China’s hegemony is being built through trade

But “China’s hegemony is being built through trade. So it has the strongest vested interest in peace of all the nations of the world. That is why, apart from its anti-piracy base in Djibouti, it does not have a single naval or air base, warship or fighter squadron in the entire Indian Ocean region.

“In sharp contrast, the western hegemonic powers are caught in a vice: while they too benefit economically from international trade and therefore have a vested interest in peace, that peace is now costing them the hegemony that they had earned through war and conquest, and so far taken for granted……..

“The Southern Indian Ocean is the area of the world in which Western hegemony is most tenuous, and its continuation least morally defensible. Till only 75 years ago all the land above sea level, not only the several hundred thousand islands, atolls and coral reefs in this fabled ocean, but the countries around them, was ‘owned’ by the European colonial powers, notably the British, but also the French and the Dutch.”

It is understandable that western powers are now resisting China’s ambitions. But, writes Jha  “how does one explain India’s not just willingness but anxiety to join them in opposing China. How does one explain the Modi government’s adamant and self-publicised refusal to join the BRI when China has extended every invitation it is capable of to make it come in?

“There are two distinctly different reasons for this. The first is a testosterone driven turf battle in the Indian Ocean that has existed ever since India’s defeat in the 1961 border war. The second is a sense of cultural stewardship born out of close racial, religious and cultural ties, that are particularly close with Mauritius, but also significantly present in the Maldives, the Seychelles and Reunion.

“India sees itself as a protector of their independence and has agreements with Mauritius and the Maldives to come to their aid in case of external attack or internal de-stabilisation. It fulfilled this role in the Maldives in 1988, and twice within three months in the Seychelles in 1986. It also responded to a call for help from Mauritius to prevent an attempted coup, but the issue was resolved before Indian forces reached the island. It therefore sees the Chinese ingress as a threat to its paternalistic cultural hegemony.

“These two impulses have made India strategic thinkers swallow the well-worn idea that China is seeking to choke India with a ‘string of pearls’ – a set of bases stretching from the Middle East to Myanmar – without a single hiccup. Few remember that this thesis was first put forward by an American arms manufacturer, Booz Allen Hamilton in 2005 and elaborated in a more comprehensive paper the next year by one Christopher Pehrson for the US army War College.”