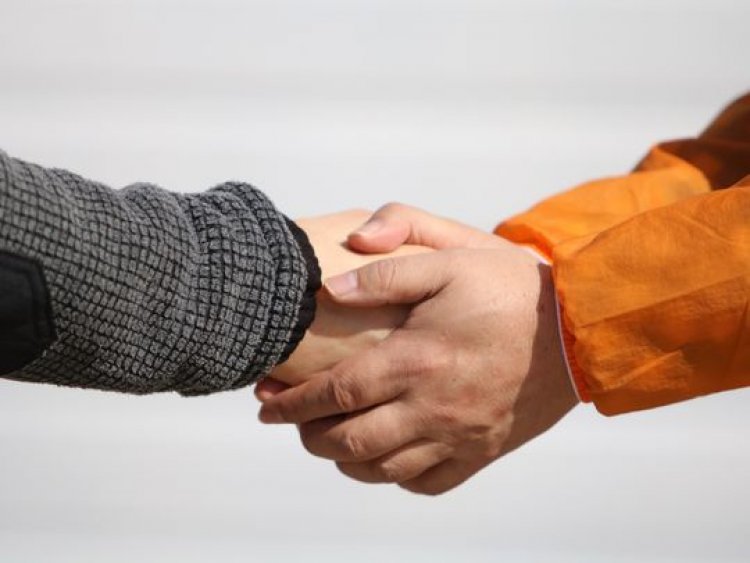 The breakdown of the talks between the government and the farmers carries a worrisome message. There is now every likelihood of the farmers’ agitation spiralling out of control, resulting in violence. This disturbing possibility cannot be discosunted considering that the agitators have decided to block some of the national highways and boycott the malls run by a corporate house.

It is unlikely that the government will show exemplary patience and forbearance in dealing with the protesters beyond a point. As it is, the police hadn’t refrained from using water cannons and tear gas against the agitators in the early stages of the protests. Now that the latter appear determined to disrupt normal life to draw attention to their grievances, it will be unrealistic to expect the government to do nothing.

The chances of a worsening of the situation, which has been peaceful so far, are all the greater because the farmers do not have a recognized single leader. They have all gathered under the umbrella of a large number of organizations, numbering more than 30.

It has been a remarkable achievement for these outfits to ensure that their discipline is not breached. Their success in this respect is presumably due to the fact that they have been motivated by the single objective of compelling the government to repeal the three new farm laws. Although there were reports of a division in their ranks on the eve of a meeting between the farmers’ represenatives and Union home minister Amit Shah, they proved untrue.

But, now, the need for maintaining order will be crucial because an outbreak of lawlessness will not only exacerbate the differences in their ranks between moderates and hardliners, but also enable the government to give the movement a bad name, lending justification to a crackdown.

Already, the protesters have been accused of being Khalistanis or supporters of a separate Sikh state and a Union minister has seen the hands of China and Pakistan behind the agitation. Such charges will be levelled with greater vehemence if there are incidents of violence in the coming days.

The reason for the collapse of the talks is that neither side was willing to budge from their main positions. While the government was reluctant to undo the three laws, the farmers were not satisfied with the amendments that were proposed such as guaranteeing the minimum support price and not tampering with the existing marketing system comprising mandis or trading centres.

If the government’s conciliatory offers have failed to evoke a positive response from the farmers, the reason is the conviction among the latter that the government is speaking on behalf of the business houses rather than the farmers. This suspicion may have been strengthened by a video circulating on the smart phones of the acres of agricultural land acquired by an industrialist for building warehouses for storing foodgrains bought from the farmers for subsequent sale. A private railway line has already been laid down for transporting the grains.

It is difficult to assert the veracity of the video in the age of fake news, but it is images of this nature which queer the pitch for a settlement. Moreover, there is an ingrained bias against privatization in India perhaps due to the rapacious operations of the East India Company in the 19th century. The name of the British company was invoked when India opted for globalization in 1991 and even when the Amnesty International recently stopped its operations in India on the grounds of harassment by the authorities. A fair number of  Netizens described its departure as good riddance.

If the opening up of the previously largely state-controlled economy in 1991 affected the industries and services in the public sector, the new farm laws are expected to lead to the private companies playing a major role in agriculture, which has till now been the preserve of individual peasants, big and small, and the government. It is the latter’s projected retreat from the operations relating to the cereals, viz. wheat and rice, which has upset the farmers.

While the private players are already active in segments such as fruits and vegetables, it is entry into the big money spinners related to the staple diet of the population which is apparently the objective of the tycoons with their projects for contract farming.

Arguably, their intentions would not have raised hackles among their targets in the villages and farm lands if the businessmen did not suffer from the reputation of being adept at unfair practises. In films and serials, they are invariably depicted as crooks. It is not only Bollywood which shows them in a poor light. Even in Hollywood, it will be difficult to find a film which portrays an honest businessman.

The government, therefore, has an arduous task on its hands if it wants to facilitate large-scale operations by the private sector in agriculture. On one hand, the farmers will want the government to stand by them and protect their interests from an untrustworthy player. On the other hand, the corporate sector would like the government to stay away in accordance with the norms of a deregulated economy.

But if the government does show signs of giving the private sector a free hand, it may not be electorally helpful in a country where many parties still harbour socialistic instincts even after the dogma’s demise with the fall of the Berlin wall.

Over the last few years, there has been a fundamental reset in the relations between India and the Gulf states, which have moved much beyond being a function of an organic historicity. Indeed, writes Dharmendra Pradhan (Union minister of Petroleum & Natural Gas and Steel) “it has traversed more in the last six years than it has ever before. Under Modi’s vision, the leadership has made assiduous efforts to fortify relationships with countries in the Gulf region through its ‘Look West’ policy. With some of these countries, our relationship has upgraded to the strategic partnership level, which is a higher level of commitment than bilateral relationships, and that generally include strategic dialogues in diverse sectors but not formal alliances.”

Strategic Partnership Council: “New Delhi and Riyadh have established the Strategic Partnership Council at the level of our PM and the Saudi crown prince. The UAE also significantly elevated the strategic relationship with high level ministerial groups driving the relationship. The two elements of an intensive trade engagement vis-à-vis both commodities and people, and the personal touch of the top leaders concerned, have pushed up these relationships to their present status.”

Trading partners: “The UAE and Saudi Arabia are India’s third and fourth largest trading partners respectively. There has been a significant increase in the investment component in our bilateral economic engagement – major announcements include potential investment by Riyadh of $100 billion in the areas of energy, refining, petrochemicals, infrastructure, agriculture, minerals and mining. Meanwhile, the UAE features in the top 10 sources of FDI inflows into India.”

Indian diaspora: The vast Indian diaspora in the Gulf region, estimated at more than 8.5 million Indians, also serves as an important connect in bilateral relations. “While India stands to benefit from the massive inflows of remittances, estimated at $50 billion from the Gulf countries in 2018, the host countries reap the benefits of having a skilled working populace at their disposal. Consequently, there has been a significant shift in the approach of GCC countries to the sensitivities of Indian diaspora……..”

Saudi Arabia and the UAE may partner India “in the next phase of the Strategic Petroleum Reserves (SPR) programme in India. Also, in a historic agreement, during Modi’s visit to the UAE, a consortium of Indian oil companies were awarded a 10% interest in Abu Dhabi’s offshore Lower Zakum concession.”

Basically, “the Gulf region is a reliable partner for energy security for India while India augments food security in the region. However, our relationship has moved beyond mere transactional value….”

Flurry of diplomatic activity in the Gulf

A flurry of diplomatic activity in the Gulf, is therefore noticeable.  Over the past month, India has made the Gulf its foreign policy focus. Army chief General MM Naravane’s visit to Saudi Arabia and the United Arab Emirates (UAE), external affairs minister S Jaishankar visited Bahrain and UAE earlier, and further visits by top officials to Qatar, Oman and Kuwait are to be undertaken.

Two noticeable trends: Stating that, India today is central to the economic and geopolitical thinking of Asia and global economics and politics, Kabir Taneja (fellow, Strategic Studies Programme and Head, West Asia Initiative, Observer Research Foundation) writes recent diplomacy trends “while being a continuation of trends of the past few years, is also centred on two major fronts…….The larger Gulf region is home to nearly seven million Indian workers, and one of India’s major tasks is to try and manage what is essentially a mini country-like population outside its own borders. According to estimates from May, over 300,000 Indian workers had registered to return from the Gulf as the pandemic ravaged global economics and trade, with unprecedented job losses.

“Though India prepared to rehabilitate the returning workers and put their skill sets to use domestically to an extent, a planned return and normalisation of migrant workers to and from the Gulf is critical not only for hundreds of thousands of people to return to employment in the region, but also because this employment generates a significant chunk of the nearly $80 billion in remittances that the Indian economy enjoys every year. This cash flow is critical, and its health depends on the normalisation of employment opportunities in the Gulf which relies on both skilled and semi-skilled labour from countries such as India.

“Second, it is even more pertinent today to push India’s case in countries such as UAE, which recently orchestrated a ban on 13 countries for reissuance of visas. This list includes Pakistan……..analysts believe that security reasons were the driving force behind this measure. In private, officials in the Gulf have often stated that workers from countries such as India are increasingly preferred due to their high level of qualifications and the low threat of extremism and ideological indoctrination both from their native society and how they integrate into the Gulf in general. Meanwhile, the ongoing problems between Pakistan and Saudi Arabia also offer New Delhi more diplomatic room.”

Beyond this, according to Taneja “India’s diplomacy push in West Asia also comes at a time when arrangements such as the Abraham Accords signed between UAE, Bahrain and Israel are potentially bringing in a new era of geo-political normalisation. Further stability in the Gulf and minimised chances of conflict create a more durable environment for both India’s economic and diaspora interests.”