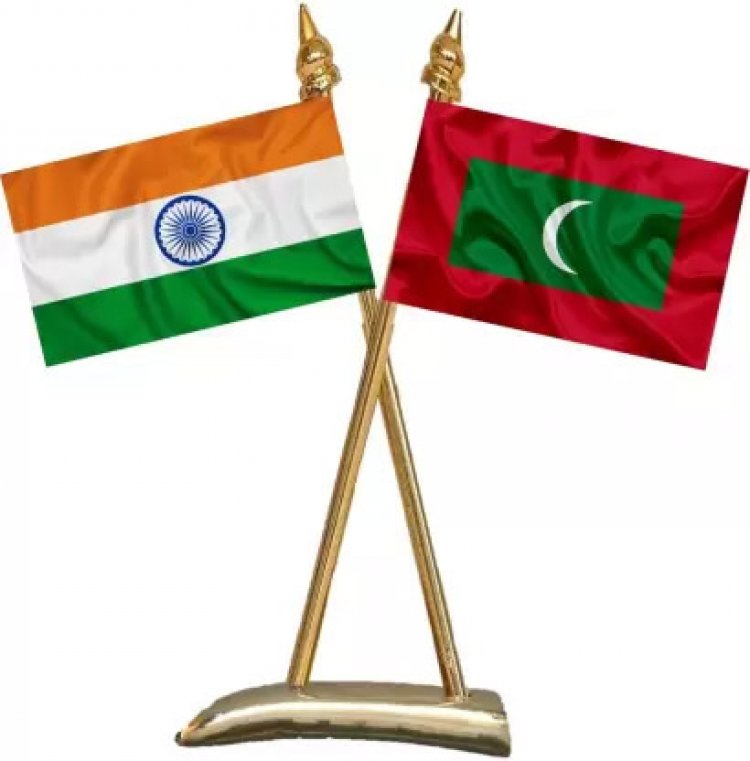 The disruption of the International Yoga Day function in the Maldives last month was an attempt to mix religion with politics. People linked to Opposition parties tried to sabotage and politicise the event. The International Day of Yoga is being celebrated in that country since 2015 after a resolution was passed by the UN General Assembly in December 2014.

The disruption of this event, writes Anand Kumar (Associate Fellow, Institute for Defence Studies & Analyses) “should not be seen in isolation. It is closely linked to the ‘India Out’ campaign that former President Yameen has been running. Through this campaign, Yameen has claimed that he is protesting against the purported presence of Indian military in the Maldives…..”

Yameen, presently  leading the Opposition alliance of Progressive Party of Maldives and People’s National Congress, “came to power after Mohamed Waheed completed his term as a stop-gap President. Yameen is a pro-China leader. He took several steps favouring China during his last term. He accepted China’s Belt and Road Initiative. This allowed China to launch several mega projects in the Maldives, including the Sinamalé Bridge. The Maldives became a founding member of Asian Infrastructure Investment Bank. It contemplated signing a free trade agreement with China. Most importantly, Yameen passed a law which allowed foreign powers to buy land in the Maldives. This legislation was basically aimed at helping China buy land in the Maldives. Thankfully, now this legislation has been repealed under President Ibrahim Mohamed Solih.”

Kumar believes “Yameen and his ‘India Out’ campaign are allegedly funded by the Chinese who have fallen out of favour in the Maldives. Yameen is trying to make a comeback in the Maldivian politics but he is not favourably placed. The Maldivian Democratic Party (MDP), to which President Solih belongs, went for parliamentary polls alone and commands huge majority in parliament. Since then, there has been no significant change in the political situation in the country.”

Yameen, argues Kumar  “is desperately trying to destabilise the situation. In this effort, he is trying to vilify India…..” He “has always been playing a dubious role towards India. When he was in power, he claimed that he is also following India-first policy. But all his policy decisions were aimed against India. Recently, Yameen has once again nuanced his stand towards India. Yameen now says that he not anti-India but pro-Maldives. As Yameen’s ‘India Out’ campaign fizzles out, he is trying again to fall back on religion. With this objective, the cadres of his party targeted the Yoga Day celebrations in Male. President Solih fully understands the game-plan of Yameen….”

Pakistan’s ‘Victory’ May Not Translate into Concrete Outcomes...