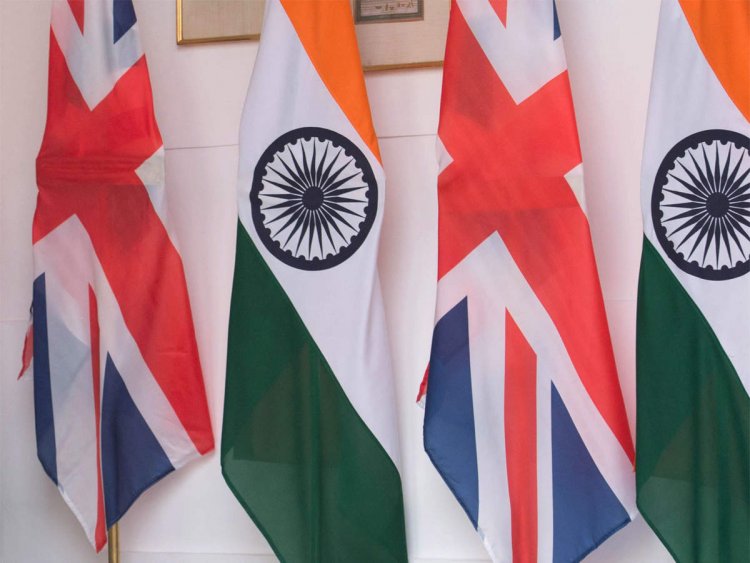 For the Boris Johnson government, India is emerging as the key pillar in its Looking East  strategy. UK is expected to soon launch its Indo-Pacific vision and align it with Delhi’s vision for the region to aim for a free, open and prosperous Indo-Pacific region.

The subject was discussed when Foreign Secretary met his British interlocutors in London 2 weeks ago.

In his address in LondonForeign Secretary Shringla,  said COVID-19 pandemic and Brexit are both "game changers" that have forced countries to think very carefully about geopolitical aspirations and how they define the course of future economic and political energies.

Addressing the Policy Exchange think tank on the topic of "India's Vision of the Indo-Pacific", Shringla also expressed the hope that the UK would follow France, the Netherlands and Germany in finalising its Indo-Pacific strategy in keeping with a definitive shift in the global economic trajectory from the Atlantic to the Indo-Pacific.

"The Indo-Pacific is all about looking at what are your options... We would like the UK to come in as a major investor and innovation partner; a range of activities in the digital and cyber age which may not have been even possible to conceive earlier," he said.

Highlighting that India has not just mainstreamed the expression "Indo-Pacific" but also encouraged countries to perceive and define the region to its full extent - as the vast maritime space stretching from the western coast of North America to the eastern shores of Africa.

"For us, and for many others, the shift in the economic trajectory from the Atlantic to the Indo-Pacific has been hugely consequential. The rise of China and the imperative for a global rebalancing have added to the mix. A rules-based international order is achievable only with a rules-based Indo-Pacific," the Foreign Secretary said.

It is understood UK is actively seeking Indian investments besides cooperation with skilled Indians.  India and the UK are examining ways to intensify trade ties following Britain’s exit from the European Union. New Delhi is interested in exploring a bilateral free trade agreement and has suggested that initially the two countries could start with a limited trade deal (early harvest) with a few items.

India-UK bilateral merchandise trade between the two countries has been in the range of US$15.45 billion in 2019-20, and trade in Services has been around US$ 9.5 billion in 2017. Bilateral trade has remained in favour of India but during the FY 2019-20, in comparison to previous year. UK used to be the second largest trading partner of India in 1998-99. But it ranks 16th in the list of India’s trading partners during the year 2018-19.

India invested in 120 projects and created 5,429 new jobs in the UK to become the second-largest source of foreign direct investment (FDI) after the US in 2019, according to the Department for International Trade (DIT) inward investment statistics for 2019-2020. As per the CII-Grant Thornton India meets UK Report 2020, there are now a record 850 Indian companies operating in the UK, with combined revenues of almost £41.2 billion (£48 billion in 2019). Together, they paid over £461.8 million in corporation tax (£684 million in 2019) and employed 110,793 people (104,783 in 2019). This figure excludes employees of UK branches of Indian companies. If these were included, the employment numbers would be substantially higher.