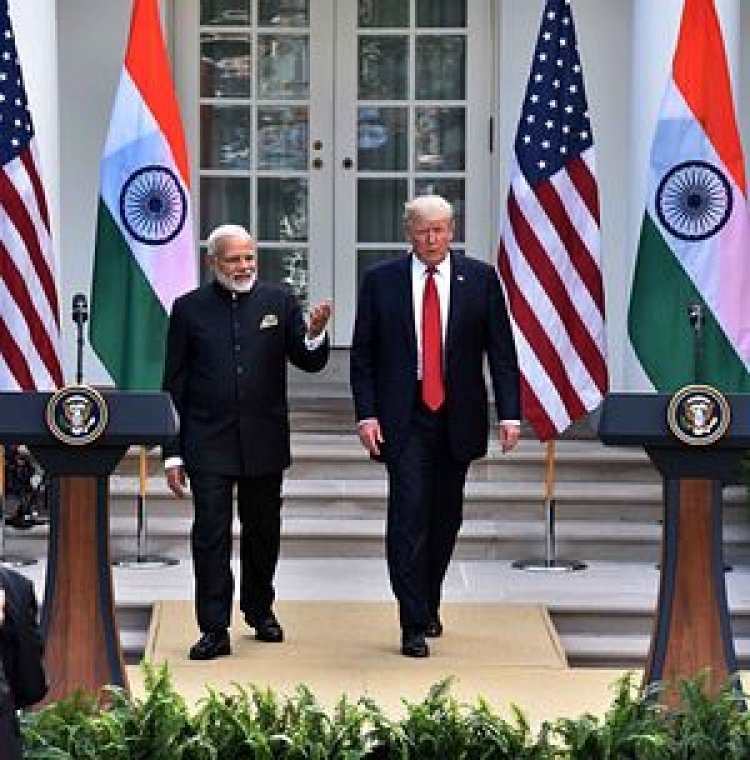 Even as the 11 week stand-off with Chinese troops along the Line of Actual Control (LAC) continues, India and the US have intensified intelligence and military collaboration and cooperation at an unprecedented level, more so in the last month.

US Secretary of State Michael R Pompeo spoke to External Affairs Minister S Jaishankar in the third week of June. Thereafter, it is understood, the National Security Advisor Ajit Doval spoke to US counterpart Robert C O’Brien while Chairman of the Joint Chiefs of Staff General Mark A Milley and Chief of Defence Staff General Bipin Rawat have had a conversation in the last few weeks. Defence Secretary Mark T Esper had also called up Defence Minister Rajnath Singh in the second week of July.

These conversations have facilitated information-sharing between security, military and intelligence branches of the two countries.

Last Monday, the USS Nimitz and warships of the Indian Navy conducted exercises designed to maximise training and interoperability, including air defence. The Nimitz Carrier Strike Group, the US Navy said, is currently deployed in the Indian Ocean in support of a free and open Indo-Pacific.

The cooperation includes sharing of high-end satellite images, telephone intercepts, and data sharing of Chinese troops and weapons deployment along the entire stretch of the LAC. New Delhi, sources said, is watching Chinese movements in “all sectors” of the LAC.

‘USS Nimitz in Bay of Bengal is a geopolitical shift’

But the game changer is the deployment of USS Nimitz carrier strike group by the US for a ‘passex’ or passing exercise in the Bay of Bengal. The Tribune refers to it is “a new chapter in geopolitics….. The message of the unscheduled exercise, involving the US and Indian naval ships, is not the understated ‘improvement in interoperability’, but the deeper investment by the American establishment in Indo-US military ties. Earlier, as the US flotilla set sail into the Indian waters, US Defence Secretary Mark Esper significantly issued a warning, ‘Don’t underestimate the strength of free democracies’.”

Meanwhile, in Washington, the US House of Representatives Monday unanimously passed an amendment to the National Defence Authorisation Act decrying Chinese incursion in the Galwan valley of Ladakh and growing territorial assertiveness.

If by the Ladakh incursion, China attempted to project its power in the neighbourhood and teach India a lesson for refusing to kowtow to its Belt and Road Initiative or gulp down the ignominy of the China-Pakistan Economic Corridor, The Tribune says “it has achieved neither. Instead, China has only succeeded in formalising India’s strategic ties with the US into a mutually beneficial military relationship, wherein the eastern neighbour proves to be a cause of common concern.

“Often a country’s foreign policy choices are forced upon it by a lack of options. Chinese aggression, intransigence and refusal to de-escalate have forced India to abandon its long-held hopes of an Asian century, where China and India could have been partners in prosperity. India will soon appreciate that it is easier to be hostile than be cautious and in this context, Foreign Minister S Jaishankar’s statement is of great consequence: India has to shed its caution and step out confidently to articulate its interests.”

And India appears to be rapidly shedding its caution for alliances. In the view of Arun Prakash (retired chief of the Indian Navy) “in the current scenario, given Chinese intransigence……if India is not to cede ground physically or diplomatically, it must muster all elements of its ‘comprehensive national power’, including the maritime, and create a strong negotiating position. Apart from the balance of forces on land favouring China, there is also the Beijing-Islamabad Axis that awaits activation. Keeping tensions confined to the Himalayan arena is, therefore, not only militarily advantageous to China but a continental focus also helps to keep India contained in a ‘South-Asia box’.

“To the navalists, this seems all the more reason for India to try shifting the confrontation to ‘sea-level’, where the asymmetry is in its favour. In this context, if Exercise Malabar and the Quadrilateral concept are at long last going to be leveraged to make common cause in the maritime domain, the provenance of both needs to be seen in perspective.”

China has meanwhile, remained “opposed to Malabar because it saw the growing relationship as India’s first step on the American bandwagon. Consequently, when Malabar-2007 was enlarged to accommodate Australia, Singapore and Japan, China sent a diplomatic protest conveying its fear and displeasure. It took another eight years before Japan was formally admitted to make Malabar a tri-lateral event in 2015.”

The Quadrilateral, writes the former Naval chief, “traces its origins to the great Asian tsunami of December 26, 2004. IN ships, aircraft and helicopters were despatched within hours to render assistance to our Sri Lankan, Maldivian and Indonesian neighbours in distress. This swift response established our navy’s credentials as a credible regional force and the following day the Commander US Pacific Fleet sought our concurrence, telephonically, for his units to join the rescue effort. Within a week, the navies of the US, Australia Japan and India had come together to form ‘Joint Task Force-536’ headquartered in Utapao (Thailand). This established the framework for ‘quadrilateral coordination’.”

The time for ambivalence is over, says Prakash “and while India will have to fight its own territorial battles with determination, this is the moment to seek external balancing…….”

There is also a “need for the US to recast, along with partners, its Indo-Pacific strategy…..The US must also note that as the Chinese juggernaut continues to roll westwards, should Iran abandon India for China as a partner in the Chabahar port deal, it would represent yet another huge gain for China. The PLAN may now have not just Djibouti but also Gwadar and Chabahar as maritime footholds in India’s Arabian Sea neighbourhood.”