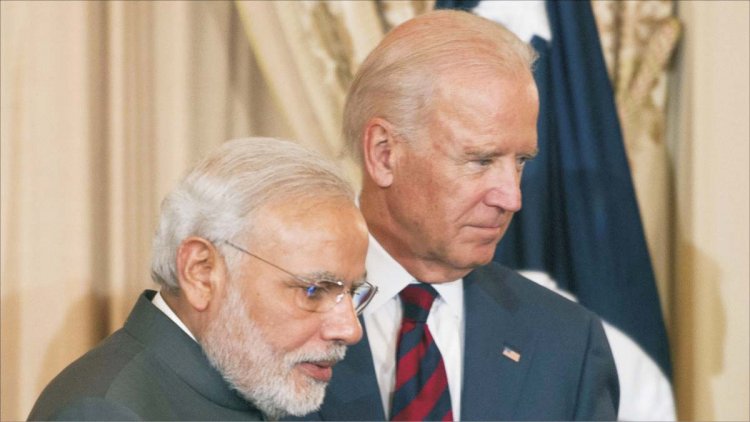 Even as large sections in India and in the world exult in the victory of the Joe Biden-Kamala Harris team in the US, there will be Rightists in India who will not be able to  join wholeheartedly in the celebrations. They may not be as miffed as the 70 million-plus in America who thought that the Democrats had “stolen” the November 3 election from the Republicans and that Donald Trump was the real winner. But their fellow travellers in India in the Right-wing portion of the ideological spectrum will be somewhat uneasy about the stance of the new administration in Washington D.C. who were branded as communists by the American Right.

For the Indian establishment, the transition from a friendly Trump to the new incumbents in the White House and State Department whose attitudes haven’t yet been fully deciphered cannot but be an anxious journey. It’s not that there will be an immedidate airing of different voices. On the contrary, both the sides are bound to make an effort to show that all is well. This attempt will be all the more determined in order to send a message that the Indo-American ties remain on a strong footing when it comes to dealing with China.

For India, this assertion will be necessary because of the recent disquieting developments such as the reported building of Chinese “villages” on Indian soil although no one knows whether anyone lives there. But the construction of the dwellngs which the satellite images have shown demonstrates that the Chinese are not eager for a settlement of the border question and that they are going to push India as far as possible by overt and covert encroachments in disputed areas.

In view of such aggressive intent, India and the US have got to stand firm along with their alles in the Quad like Japan and Australia. So far as this aspect of the mutual relations are concerned, there is unlikely to be any major difference between the approaches of the Trump and Biden governments. But where there may be differences are in the matter of civil liberties. Thankfully, one of the issues in this regard, viz. Kashmir, has gone off the boil for the time being with the easing of restrictions in the Union territory and the holding of local elections.

As a result, the Narendra Modi government can no longer be taken to task for suppressing human rights as before when it was undoubtedly on the defensive because of the detention of mainstream politicians and curtailment of internet services in the valley. Now that the politicians are out of jail and even winning elections, the government can claim that its decision to terminate the special constitutional rights of the Kashmiris hasn’t alienated the locals as much as it was thought by Left-wing Democrats in the US like Bernie Sanders.

At the same time, there are other issues like the farmers’ agitation which can be a cause of tension between India and the US as it already is between India and Canada. Another issue which is building up is the Indian government’s increasingly censorious outlook towards the OTT (over-the-top) television serials which are not to the liking of the Hindu Right. The latter had lashed out in the past against feature films which they felt offended Hindu sentiments. Now, the same arguments are being advanced against the OTT presentations as well.

Since, as in the case of the feature films, some of these serials include celebrated actors, the protests of the Right-wing activists which have resulted in police action have been gaining wide attention. In course of time, these are bound to be noticed in the Western world with newspapers like the New York Times and magazines like the Economist reiterating their views about the Modi government’s dissatisfaction with artistic freedom. Incidentally, the Times, the Economist and the BBC are routinelhy branded by the Hindu Right as anti-India.

These will be some of the issues on which the Biden government’s opinion may not tally with the Indian government’s. It is a safe bet that much of the time which the Indian external affairs minister, S. Jaishankar, will spend abroad in the coming days will be spent on explaining away and justifying his government’s stand on these questions although it is doubtful whether his interlocutors will be fully convinced. But, more than the differences themselves, which can be deemed as part and parcel of most diplomatic relations, even among friendly countries, what may rile the Indian government is the traction which the opposition will derive from any criticism, however guarded, which the White House or the State Department may make.

Considering how sensitive the Indian government is to any adverse comment, a hint that the Indo-American bonhomie of the “howdy, Modi” days of the Houston jamboree where Modi and Trump walked hand-in-hand has ended  will not be appreciated in New Delhi. Although India knows that there cannot be a return to those halcyon days when the two right-wing parties in India and the US saw eye-to-eye, it will still have to try to ensure that the relations stay more or less on an even keel.

It will not be an easy task because however hard the government may try, the pro-Hindu activists can queer the pitch with their fanatical approach to politics and society. Ironically, just as Biden has promised to act against white supremacists and domestic terrorists, the Indian government, too, faces similar problems with home-grown bigots who are pursuing their goal of a Hindu rashtra (nation) unmindful of what the world may think.