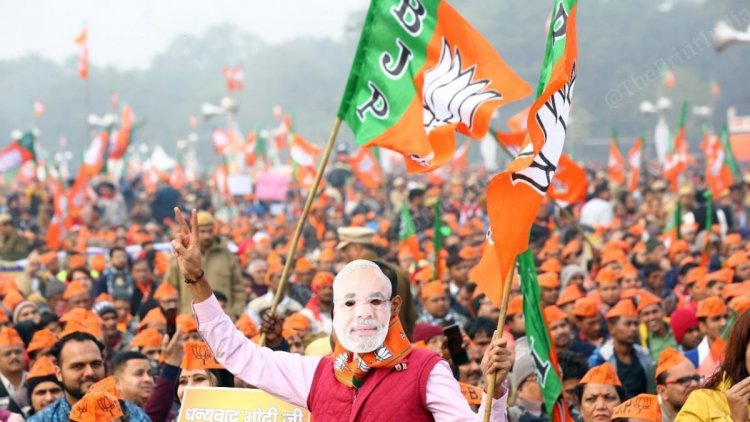 One of the time-tested methods of extremist politics is checking the resilience of a constitutional order. If the system shows signs of succumbing to pressure, the rebels with a subversive cause can then push ahead to bring it down.

“Love jehad” is one such tactic to probe the weak points of a system. The votaries of the philosophy of Hindutva such as the BJP, the RSS and allied outfits like the Vishwa Hindu Parishad, which peddle the idea that the marriage of a Muslim man with a Hindu woman is almost always for the purpose of religious conversion, know full well that their thesis will not pass muster in a court of law.

The recent judgments by the Delhi and Allahabad high courts have clarified that the marriage of consenting adults cannot be negated on such presumptions. But that hasn’t stopped the BJP-led state governments in U.P. and Madhya Pradesh from promulgating ordinances prohibiting interfaith marriages.

The reason for their insistence on enacting measures against what they see as instances of “love jehad” has less to do with saving gullible  Hindu women from the insidious machinations of Muslim suitors than with fomenting communal tension.

The governments also know that even if their laws are rejected in courts of law, the heated debates on the subject in public life and on television will not only create an atmosphere of Hindu-Muslim animosity, but also enable the BJP to consolidate its vote bank.

This objective of strengthening the party’s support base will be achieved not only by spreading the idea of Muslims being engaged in a jehad or a holy Islamic war against the infidel Hindus via the matrimonial route, but also by simultaneously airing during the debates all the other pernicious acts of the Muslim invaders such as destroying temples.

It would be unrealistic to expect during the impassioned exchanges in television studios for an  analysis explaining that the destruction of temples in medieval times was the result not so much of an anti-Hindu bias as of the fact that the concept of respecting the religions of others was not prevalent in those days. Moreover, the temples were seen not only as places of a form of worship which the invaders did not understand, but also as places where the defenders congregated.

Considering, however, that an anti-Muslim mindset is the main motivating force of the Hindu Right, it is hardly surprising that they raise different issues at different times to advance their sectarian agenda. The construction of the Ram temple in Ayodhya was the cornerstone of this approach. It was to accomplish this objective that the Babri masjid which stood at the site of the proposed temple was demolished by frenzied saffronites in 1992.

But, now that the temple is being built, the attention of the extremist groups has turned to demolishing the two other mosques at Varanasi and Mathura which had been in their sights since the 1990s. Court proceedings have been initiated in this respect. But since the legal process takes time, the Hindutva groups have decided to emphasize “love jehad” to keep the pot boiling, as it were.

There will, of course, be other issues. These include the citizenship laws which, with the threat of a national population register looming in the background, have unnerved the minorities. So much so that large numbers of the normally reclusive Muslim women gathered in a Delhi locality to protest against the possible termination of their citizenship.

After they vacated the spot because of the threat of coronavirus, the saffron brotherhood breathed a sigh of relief. But the Muslims cannot expect such relief any time soon because the Damocles sword of “love jehad” will continue to hang over the heads. Although there is every possibility that the judiciary will nullify the charge of a conspiracy by suspected anti-nationals, the atmosphere will be sufficiently vitiated, as when the lynching of beef-eaters and cattle traders were grabbing the headlines, for the Muslim community to live in a constant state of tension.

The “love jehad” campaign was earlier accompanied by the “ghar wapsi” (returning home) re-conversion  ceremonies to welcome back to Hinduism those Muslims who had earlier converted to the Islamic faith. The Hindutva brigade has put this programme on hold for the time being as it concentrates on inter-faith marriages.

It has also suspended its drive against Christian missionaries (one of whom, Graham Staines and his two sons, were killed in Odisha in 1999) or a nationwide ban on cow slaughter. But there is no guarantee that these issues will not be raised if the “love jehad” campaign loses steam.

The point about these programmes directed mainly against the minorities is that they are undertaken by the saffron brotherhood although, officially, the BJP claims to follow the “sabka saath, sabka vikas, sabka vishwas” mantra aimed at ensuring the development of all communities, including presumably the minorities, and earning their vishwas (trust).

But how can their vishwas be earned if the Hindutva storm-troopers continue with their aggressive denunciation of Muslim intentions ? It is also worth noting that, for the moment, the saffron rank and file have let the Christians off the hook although, as the murder of the Staines’ family showed, they were very much their targets at one time.

Given the contradiction between the BJP’s official mantra and the reality on the ground, it appears that the party is following a two-track policy with one of them, the sabka saath chant, meant for the moderate sections of the population while the other, the pitch for “love jehad”, intended to placate the party hardliners.