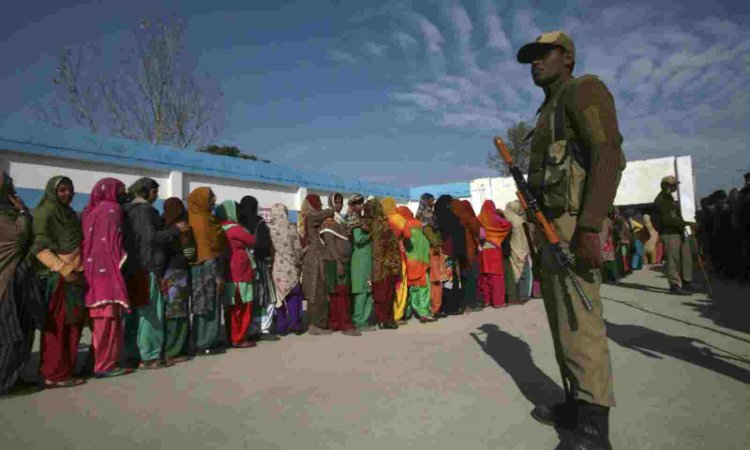 India’s national election track record is impressive. But not so in Jammu and Kashmir.

J&K’s next assembly elections will be the first under the Indian Constitution. The last 11 assembly elections, write M N Sabharwal (former Director General of J&K Police) and Manish Sabharwal (J&K-born entrepreneur) “held under the J&K state Representation of People Act with six-year government tenures were hardly fair because they excluded residents from voting based on their birthplace, birth date, or ancestors. The National Conference (NC) won all 75 seats in the first state election of 1951 because 43 NC candidates were elected unopposed a week before voting, nominations of 13 candidates of ‘Praja Parishad’ were rejected (this party later merged with the Jana Sangh), two independent candidates opted out, and two Ladakh seats were won by nominal NC members. In 1957 and 1962, the NC acquired a majority before polling began (their candidates were elected unopposed, or Opposition candidate nomination papers were rejected). In the 1972 elections, women candidates contested for the first time, and Congress adopted the unopposed or rejection technology to win.” In the 1983 elections Farooq Abdullah led the NC to victory. “This victory was soon sabotaged by Farooq’s sister’s husband, G M Shah, in partnership with Indira Gandhi.” Mufti Sayeed left Congress in 1987 and this influenced consequent state elections. In the process, the two authors says “Article 370, religion and Pakistan were weaponised…."

The two authors estimate that “seven lakh people from Bihar, UP, and Odisha are now J&K residents — they must vote in the next state election subject to the rules used for residency verification everywhere else in our Republic. Hopefully, this election also catalyses the overdue national consensus on using Aadhaar to deduplicate electoral rolls.”

Navy: India Sends Warship on Deployment In Gulf of Guinea

The Hindu vs ‘Hindutvavadi’ Debate

After Modi, will it be Yogi Adityanath?