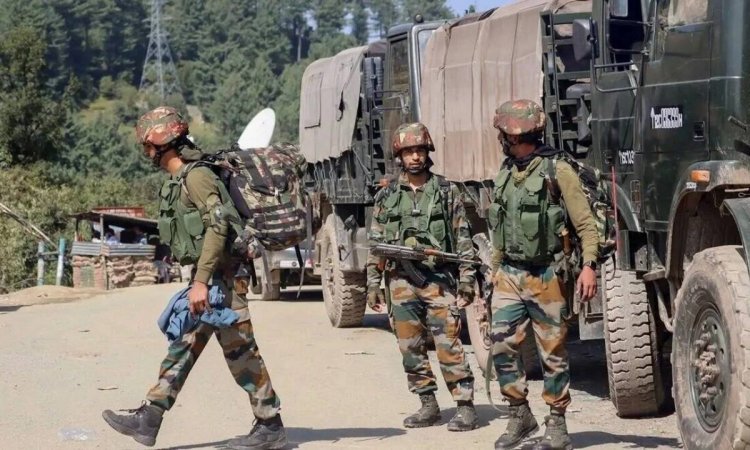 Militancy in Kashmir has entered a “secretive and dangerous” phase, top police officers in J&K told  The Indian Express.

And while security forces have killed around 120 militants in the first six months of this year, officers say the “transformation” is keeping all agencies on the edge. “For the first time in three decades, we are witnessing guerrilla warfare in its real sense,” an officer said. “We have about 200 listed militants on our records, those who have announced their affiliation and gone underground. But now, there are indications that the number of youths who have acquired weapons is much higher.”

Since the 1980s, Kashmiri militants were always listed on police records, and many of them posted pictures of themselves wielding guns on social media, with this trend drawing more youth but also making the work of security agencies easier. Officers say that in the case of new militants, “they don’t even know each other”.

Police sources say “these new youths are technically sound” and able to move under the security radar because of “their secure communication channels with handlers” across the Line of Control (LoC).

Complete secrecy: The police also fear they are losing their grip on militant outfits through informers and moles. “The command structure (among militants) is missing. There is no reigning force and that makes it dangerous. The separatist leadership is in jail and those who are out have lost their grip. We are fighting an invisible enemy now,” said an SP-rank officer in south Kashmir.

Recently, the police claimed to have recovered 15 pistols from two “hybrid militants”, or “part-timers”, in Srinagar — the biggest such haul in the valley.

“Once you announce that you are joining the militancy, and go underground, you have many limitations as your movement is restricted. But when you are part of open society, you have free movement and access to information. It makes intelligence-gathering to facilitate attacks easy,” another officer said.

Another police officer says security forces are still trying to understand the contours of this change. “The numbers have definitely swelled but we don’t know by how much. They are as young as 18, and the pistol is now the weapon of choice. The intelligence inputs we have suggest that the number may be around 200. But all these inputs are sketchy as we are no longer dealing with outfits or modules, but individuals,” the officer said.

Kejriwal could be The Fulcrum of Opposition

Jammu and Kashmir: Taliban could have Serious Consequences