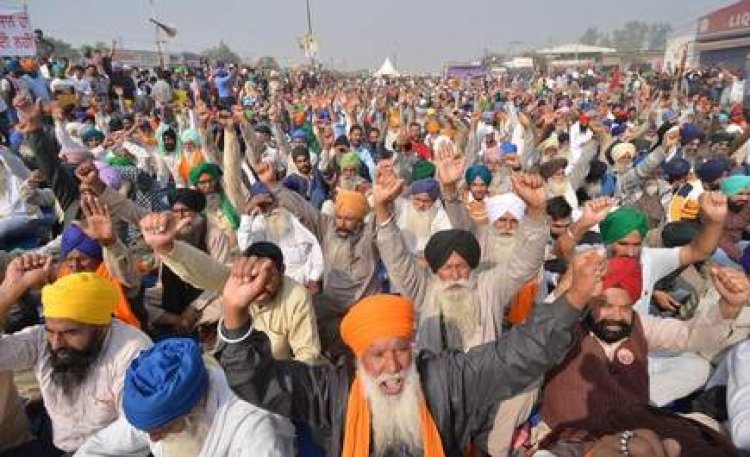 The Supreme Court’s intervention in the farmers’ agitation may not lead to an immediate resolution of the problem, but it is likely to partially defuse the tension caused by the refusal of both the government and the farmers to budge from their stated positions. While the latter  insisted on the repeal of the three farm laws, the government was willing only to amend some of their provisions.

Whether the committee which the court will set up to reconcile the differences between the two sides will succeed in its endeavour remains to be seen. But the talks initiated by it would at least clarify the points of their disagreements as it tries to find a middle ground. In the meantime, as the farmers continue their sit-ins near the Delhi border at various locations, the attention of the nation, and the world, will be focussed on their grievances as well as their tenacity at a time of plummeting temperatures.

Not surprisingly, the farmers have seen the judicial decision as a “moral victory” if only because the judges indicated that they were not impressed by the government’s negotiating skills. A possible reason why the government failed to make any headway towards convincing the farmers about the justifiability of the new laws was its seemingly two-track approach for, even as the ministers conversed with the farmers, others in the government and in the ruling BJP accused the latter of being “anti-nationals”.

It was a ploy which the government had also adopted with regard to the Muslim protesters of Shaheen Bagh, accusing them of being pro-Pakistani. In the case of the farmers, while  one minister saw the hands of China and Pakistan behind the protests, others branded them as “Khalistanis” who wanted a separate Sikh state.

The fact that some of these separatists participated in the rallies in Canada, the UK and the US did buttress the government’s case. The government and the BJP have also made much of the posters of two Muslim activists, who are now under arrest, that have appeared at the site of the farmers’ protests, linking the latter with Shaheen Bagh.

This objective of painting the protesters with a black brush has been accompanied by the government’s claim that a majority of the farmers outside Punjab and Haryana support the new laws and that only a handful of “vested interests” in these two states are opposing them. Prime Minister Narendra Modi has even addressed a meeting of farmers who support the government in his home state of Gujarat where he charged the opposition parties of misleading the farmers.

At the same time, agriculture minister Narendra Tomar wrote an eight-page letter to the farmers, saying that as the son of a farmer, he understood their problems and that the prime minister, too, who comes from a family of modest means also does the same. If fhis hot and cold approach shows anything, it is that the government is in a dilemma about how to deal with the dispute. It may have expected the Supreme Court to take the matter out of its hands. But the formation of a committee,which may include some of the government’s critics like P.  Sainath, is unlikely to take the official chestnuts out of the fire.

There is every likelihood, therefore, that not only will the agitation continue for the foreseeable future, but also that the ultimate solution, if there is any, may not be to the government’s liking.

The termination of the earlier Shaheen Bagh protests against the citizenship laws as a result of the coronavirus outbreak was a lucky break for the government. It happened just when the demonstrations were increasingly attracting international attention as was evident from the nomination by Time magazine of Bilkis Bano, an elderly protester, as one of the 100 influential people of the year. Incidentally, Bilkis Bano wanted to join the farmers’ protests as a farmer’s daughter, but was prevented by the police from doing so.

If the farmers’ protests continue, there is every possibility of these, too, evoking worldwide interest which will not be appreciated by the Modi government as they will substantiate the belief about its authoritarian streak.

Already, the visiting UK secretary of state for foreign affairs, Dominic Raab, has said that he had discussed the protests with his Indian counterpart, S. Jaishankar, because, as he said, Indian politics is “ours too” because of the presence of a large number of Indians in Britain who take a keen interest in what is going on in their native land. If the anti-citizenship laws lead to renewed Shaheen Bagh-type demonstrations, as a student group has threatened, the government’s existing problems will be compounded.

There is little doubt, therefore, that the government is facing the worst problem of its six-year tenure. So far it has succeeded in weathering the storms of a pandemic and a faltering economy. It has also been fortunate in that the opposition has failed to get its act together and continues to be in a weakened state with little hope of being able to offer a credible challenge at the national level. The result of this weakness is the BJP’s unimpeded run of electoral successes, whether in a state election as in Bihar or a municipal contest as in Hyderabad or a territorial council as in Bodoland.

But even as the BJP has the upper hand in formal politics involving political parties, the informal politics of street agitations against its policies even if these have parliamentary approval is letting the party down. In short, where the opposition has failed, sections of  ordinary people are offering a challenge.

Though Still a Grave Threat, Maoists are a Fighting a Losing...