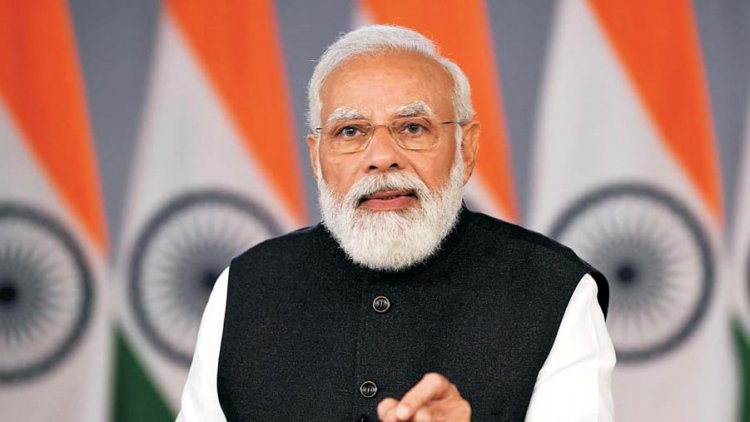 What Indians are witnessing is Modi’s ‘new’ India. This India, writes political analyst Tavleen Singh  “was born in 2014. Before then we were ruled by leaders who spoke English and whose main purpose for being in politics was to ensure that their progeny inherited their constituencies and their political parties.

“It is true that there are people like this in Modi’s BJP, but in his election speeches this time it was not accidental that he kept repeating that this was a fight between his kind of politics and ‘parivarvaad’ or dynastic democracy….”

The main issues however, cannot be wished away and these are unemployment, poverty, broken promises to farmers and a general economic decline. But “somehow India’s voters believe that the old political parties that are run like family firms will never be able to find solutions…..”

In Uttarakhand for example, one-fifths of the State’s households are farming households but less  than two of every 10 considered the farmers’ movement was a voting issue for them.

Also, “Modi has proved that in the ‘new’ India, it is he who will decide what the narrative should be, and that this narrative will include hyper-nationalism, Hindutva, self-reliance and massive investment in welfare schemes and infrastructure. He has made it clear that this is what he stands…….

“In sharp contrast, our ‘secular’ political parties have not been able to explain to voters what it is they stand for. The Congress party’s two main leaders seem to have no idea at all what they should stand for…….”

People trust Modi: willing to give him ‘chance after chance because they see no alternative at all’

The message says Singh  “from the results that came from Uttar Pradesh, Uttarakhand, Punjab, Manipur and Goa is that people are willing to give Modi chance after chance because they see no alternative at all. Modi’s political and economic failures have been staggering since his second term began.  The protests against the Citizenship (Amendment) Act and the farm laws were handled disastrously and there have been no dazzling achievements in the handling of Covid or the economy. The state of national security can be gauged from China’s land grab in Ladakh. The manner in which Hindutva is spreading has caused deep divisions between Hindus and Muslims. But, somehow India has changed into a country in which ordinary people who did not believe their leaders were made of the same cloth and culture as themselves now seem to believe that Modi can be trusted.”

Recommendations of the Parliamentary Standing Committee On

Not a Two-Front War, India Faces ‘Jointmanship’ From China...