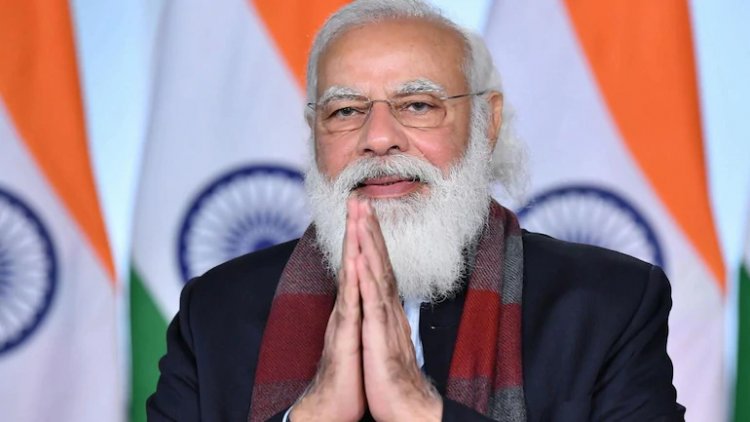 The results of the ‘Mood of the Nation’ survey by India Today, interestingly  reveal that Prime Minister Narendra Modi’s overwhelming support base is still intact.  The survey stated that if an election is held today, then the NDA will get 321 seats and BJP 291. The UPA will secure 93 seats, with the Congress managing only 51. So, says ThePrint’s Editor-in-Chief Shekhar Gupta the “BJP just lose about 12 seats compared to the last Lok Sabha election, which is remarkable, given that almost two years have gone now since that election.”  The NDA maintains a 16 per cent lead over the UPA in the poll, which is significant.

Narendra Modi thus, is not just  Teflon coated, But  he “is cast in titanium”. “Despite nearly two years of anti-incumbency, Covid-19 pandemic, economic decline and joblessness, people are not delusional and the Congress remains where it was,”  says Gupta.

The percentage of respondents who view Ram Mandir as PM Modi’s biggest achievement increased from 20 per cent in August 2020 to 27 per cent in January 2021.  The second biggest achievement is the abolition of Article 370 (20 per cent) in J&K and the third is the handling of the Covid-19 pandemic (15 per cent).  Even more surprising is that 73 per cent people think that the Modi government’s handling of the Covid crisis has been good or outstanding.

This is particularly interesting in the context of another data, in which 66 per cent of the respondents, including workers, farmers, self-employed individuals, said they have suffered a loss of income due to the pandemic.

According to the MOOD poll, one in five Indians said they lost their job or business during the pandemic and only one in three said they benefited from the government stimulus.

UP CM Yogi Adityanath perceived as natural successor to Modi

The poll also showed that Union Home Minister Amit Shah continues to remain the best performing minister, followed by Defence Minister Rajnath Singh, and Road Transport and Highways Minister Nitin Gadkari.  But Shah is not viewed as a natural successor to PM Modi as 10 per cent want UP Chief Minister Yogi Adityanath as the next prime minister, followed by Shah, who was chosen by 8 per cent of the respondents.

As many as 38 per cent of the respondents want Modi to continue as the PM after the next Lok Sabha election.

Why is the Congress still weak

The Congress is still stuck at 51 seats because the party, in the view of Gupta  has “been trying to hit Modi where it doesn’t hurt him — which is on nationalism, which might be on religion, which might be on communal harmony, on corruption, because those are areas where people don’t doubt his intentions.”

“Congress should have learned from the fact that people of India, voters of Narendra Modi forgave him completely for demonetisation, which was the biggest mistake he has made so far,” Gupta said.