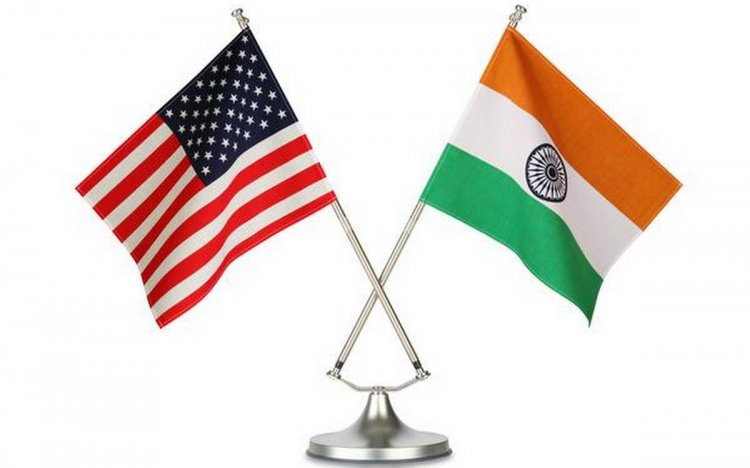 Never before have Indians taken such a keen interest in American presidential elections. For most people in the past who were not specialists, the contest used to be only of a cursory interest with little understanding of the issues and personalities involved.

The disinterest was perhaps due to the fact that Indo-American relations lacked warmth in those days. In fact, during the entire period of the cold war, the US appeared to regard India as an “enemy” in ideological terms because of India’s proximity to the Soviet Union while its image of a poor country forever in need of aid did not enhance its prestige. The only linkages were with Hollywood and pop music among Indians who spoke English.

Now, all that has changed. India is at present America’s virtual strategic ally where the threat from China is concerned and was recognized as a rising economic power till the pandemic (and earlier policy lapses) hurt its prospects.

Even then, the bonhomie between the world’s oldest and largest democracies is one of the key features of present-day international diplomacy. Hence, the across-the-board interest in India about the current race for the White House. Although a majority of the 1.8 million Indians living in the US are believed to be supporters of the Democratic Party, Donald Trump happens to be a favourite of the Narendra Modi government.

The reasons seem to range from the personal chemistry between Trump and Modi with the former regarding the Indian prime minister as a “great gentleman”, to the fact that both the Republicans and the BJP are right-wing, to the compulsions for standing together against China. There is little doubt, therefore, that the BJP will prefer a second term for Trump.

That does not mean, however, that if Joe Biden wins, the two countries will return to the days of either the cold war or of Richard Nixon’s dislike for Indira Gandhi. India and the US are today far more closely aligned for them to drift apart.

At the same time, it cannot be denied that there are points of difference. Moreover, these may be deeper than those caused by the run-ins between New Delhi and Washington over the H-1B visas for Indian technocrats bound for the Silicon valley.

An explanation for the greater sharpness of the differences lies in the possibility that a Biden-Kamala Harris dispensation may be less indulgent towards India’s handling of the Kashmir question or the incarceration of prominent activists than the Trump administration.

Biden and Kamala Harris may be more restrained than their socialist colleague, Bernie Sanders, who said that the abrogation of Article 370 which conferred a special status to Kashmir was “unacceptable”, but Harris had also said that “we have to remind the Kashmiris that they are not alone in the world” and that “we are keeping track of the situation”, adding that there may be a “need to intervene if the situation demands”.

Arguably, Harris may moderate her views if she attains power. But governments, parties and the media have long memories. It can also be mentioned that India’s external affairs minister S. Jaishankar had refused to meet Democratic Congresswoman, Pramila Jaypal, after she expressed views on Kashmir which were not to the minister’s liking.

Harris had termed as “wrong” Jaishankar’s action. Even on the H-1B visas, Democrats may turn out to be more or less on the same page as the Republicans since immigration experts in the US have accused Indians of “misusing” the facility.

It is clear, therefore, that there will be a need for India and the US to recalibrate their policies if there is a change of guard in the White House, marking the beginning of a new phase in Indo-American relations. The central point of this chapter will, of course, be the response of the two countries along with allies like Japan and Australia to the Chinese menace.

But it is also obvious that if the China factor is removed, India and America will not be as close as they are today except for India’s desire for the US to rein in its one-time ally, Pakistan, and continue to act against the jehadis in Afghanistan. Even at a time of India’s friendship with the US, the Indians will be loathe to see the withdrawal of American troops from Afghanistan as that is bound to lead to medieval forces like the Taliban and other Islamist outfits like the ISIS again taking over the hapless country.

The jehadis in Pakistan, too, will be emboldened as an American withdrawal will be interpreted as a defeat of the kafirs (infidels), leaving the entire region, and especially Kashmir, vulnerable to a takeover by the radical Islamists. India will then perceive itself to be at the receiving end because China, despite its own problems with the Uighur Muslims, will not mind seeing India suffer from the depredations of the terrorists based in Pakistan and Afghanistan.

India will be hoping, therefore, to see Biden take a fresh look at America’s role in Afghanistan as it is expected to do with regard to the Paris accord on climate change and to the policies relating to Iran’s nuclear agenda. The first few months after the new American president takes charge in January will be closely watched, theredure, for signs of a reversal of policies not only by the world in general but especially by India.

Except for the Democratic party’s line on Kashmir and human rights, India will be on board with a reassertion of America’s role as a world leader to contain Chinese expansionism and Islamic extremism – two of the world’s major problems - and initiate steps for cutting carbon emission.