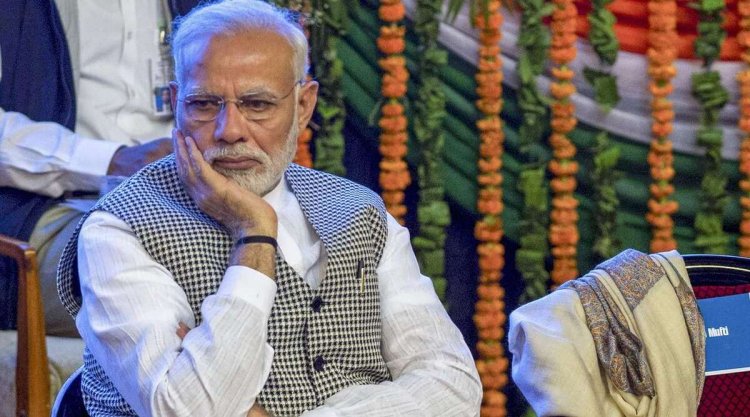 Prime Minister Narendra Modi’s government has come up for praise and criticism. Both viewpoints have their arguments. The truth however,  lies somewhere in the middle.

Swaminathan S Anklesaria Aiyar (Consulting Editor, The Economic Times)  examines where the truth lies on the performance of the government.

‘For the first time in history, India is pulling up the entire world economy’

The world may suffer an inflationary recession. However, says Aiyar “India will suffer less than others. The Bank projects India to be the fastest-growing major economy in 2022 (7.5%) and 2023 (7.1%). For the first time in history, India is pulling up the entire world economy, if only by a bit. This is an impressive achievement. It may surprise readers groaning about high inflation and slowing growth. But India's problems are less than elsewhere.

“China, the earlier world leader, is projected to grow at only 4.3% and 5.2% in 2022 and 2023 respectively. The only country that comes close to India in 2022 is Saudi Arabia at 7% because of a temporary oil boom. But that will dip to 3.8% in 2023. Bangladesh, which once threatened to overtake India in per-capita income, continues to show impressive strength, with projected growth rates of 6.4% and 6.7% respectively. Others lag far behind.”

Another indicator, relied upon by Aiyar is the World Bank's six governance indicators for India. These  “are mixed and show little overall change since 2014. The number of unicorns, with the addition of edtech startup PhysicsWallah last week, is now 101, up from 4 in 2014. India's weight in the emerging market (EM) index as of December 2021 was 12.5%, up from 6.6%. India's share of world foreign direct investment (FDI) is 5.1%, up from 2.1%. Its GDP rank in 2014 was 8th; now it's an impressive 6th. India has, indeed, improved.”

Education: All that is well. But “India has three major black spots,” points out Aiyar.  One is the sad state of education in school as well as at the University level.

Inflation: “A second black spot is inflation. India has long had the highest inflation among major economies. Currently, the US and Britain are experiencing very high inflation, higher than India's consumer price inflation (CPI) of 7.04%. But India's GDP deflator, the widest measure of inflation, remains a terrible 10%.