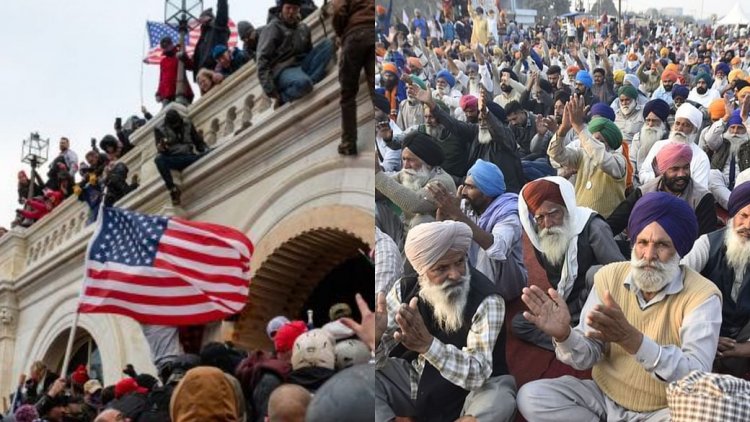 There are lessons for democracies to be learnt from the attempted mob takeover of the Capitol.

The most elementary lesson, writes Suhas Palshikar (taught political science and is currently chief editor of Studies in Indian Politics) “is about the fragility of democracy. The US experience indicates that democracy requires continuous caution. Just as there is nothing like a naturally pro-democratic social environment, there is also nothing like a natural assurance of democracy’s sustenance. Both are matters of collective social will and effort. The second lesson is that executive coups are likely to be the norm rather than exception. As the American presidency transformed into the imperial presidency and parliamentary systems transformed into prime ministerial systems, executives became the repositories of state power and came to represent the might of the state………”

Dangers of the present moment of Indian democracy

Perhaps thus,  “the least learned lesson at home in India is about the comparative pathology of such autarchy lurking in our midst……..In India, whenever any discussion of assault on democracy ensues, the story of Indira Gandhi’s Emergency (in 1975) is obviously remembered as the first brazen, but short-lived, executive coup……..In comparison to the Emergency of 1975, the current moment is far better equipped for an executive coup and even while Indians mocked the US for January 6, much worse signals of a more serious takeover have dotted the political landscape. The footsteps of the current coup are so soft that most analysts and observers are unwilling to even recognise its shadow, leave aside the actual darkness it has brought.”

The present moment, writes Palshikar  “is probably more dangerous than what India has seen so far for two reasons: There is a carefully orchestrated and sustained use of mobs which are excited prior to being unleashed and, two, a network of ideologically motivated organisations systematically whips up mob mentality among sections that are emotionally pushed to the precipice……

“Secondly, the present moment is characterised by an unprecedented institutional collapse. Executive coups are dependent on bureaucracies for their operational competence and on courts for the constitutional location of political chicanery. The ease with which both these institutional safeguards have crumbled has only made it easier for the coup to become viable and respectable.

“Three, the vigour of the political establishment to fight against the coup is completely lacking. With the media as cheerleader, the coup has marched on…..”