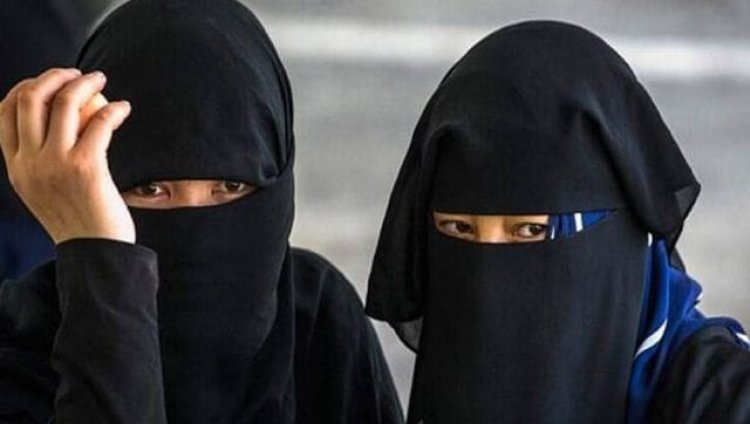 The media continues to write about the hijab controversy and its ideological and political meanings.

Dos not interfere with civic empowerment: Like many symbols, writes Pratap Bhanu Mehta (contributing editor, The Indian Express) the hijab  “can signify anything from dignified faith, self-assertion and empowerment, to oppression. But the important thing from a public point of view is that it does not, on its own, interfere with any project of civic empowerment: It does not interfere with education, holding a job, voting, participating in public life, or achieving anything in life. To, therefore, use it as a pretext for disqualifying someone from teaching or going to college is a travesty.

Does not impedes any civic purpose: “Nor is the argument from a narrowly construed formalism about uniforms and dress codes persuasive. After all, any decent society makes lots of small accommodations and should do, for a ‘janeu’ (strands of the thread stands important for Hindus), a ‘tilak’ (in Hinduism, a mark, generally made on the forehead) and turban or, in public spaces, even scant attire of sadhus, that might otherwise outrage modesty. These small accommodations also gave Indian society a texture and depth, a lived diversity. The only guiding criteria is whether the particular practice in question impedes any civic purpose or substantial interest of the person who wears it…” The hijab does not.

Presumptuous to oppose or defend hijab:  “So progressives fell into a trap by getting into the meaning of hijab. It does not matter what the meaning is. It could well signify patriarchy or anything else; that is a debate to be carried out in the realm of culture, not enforced by administrative law. It is one thing to worry about a culture that might not send girls to school or marry them early, or prevents them from working, or creates a wall of silence around violence against them. But it is absurd to make the argument that someone can uniquely determine the meaning of a choice of clothing and put the entire weight of sociological emancipation on that…….”

In India’s particular context, argues Mehta “the progressives fell into the trap of being seen to oppose or defend the hijab, where the truth is that it is presumptuous to do either. Neither is necessary….”

Pavan K Varma (former Indian Foreign Service officer and was an adviser to the Chief Minister of Bihar, Nitish Kumar) argues it “cannot be the symbol of Muslim women’s empowerment. It has no scriptural sanction in Islam, and must be seen as part of custom that has its origin in patriarchy…….To defend the rights of Muslim women, which is an entirely legitimate pursuit, should not, therefore, be conflated with the defence of the hijab.”

It is important to know that “patriarchy benefits men; but women get co-opted into the structures reinforced by men to subjugate women. There are enough cases where elder women become aggressive perpetrators of outdated tradition, and seek to enforce it on younger women. For instance, the illegal practice of dowry has often the fullest backing of women, who are complicit in the torture and humiliation of brides for greater dowry.

“The essential point, therefore, is that while women have the right of choice about what they wear, that choice does not originate in a void, and is a factor, very often, of regressive conditioning happily perpetrated by men. Women should be encouraged to question such choices, and choose what is in conformity with the dignity and equality that is their right. The perpetuation of the wearing of hijab is thus not tantamount to the empowerment of women, as certain liberals seem to believe. In fact, as has repeatedly been pointed out, a great many Muslim nations have done away with the hijab as an act of reform, in the interests of women, and in sync with the requirements of a modern society. Indian Muslims need to introspect on this.”

Enlightened exceptions have to be made by educational institutions; Varma argues that “an educational institution has the right to prescribe a uniform, to enforce uniformity overarching class, creed and caste distinctions. But in a country like ours, enlightened exceptions have to be made. For instance, Sikh students are allowed to wear the turban or a patka, within the structure of a uniform. Similarly, some concession could be considered for Muslim girls, in the nature of a headscarf. The limits of such deviations from the norm need to be negotiated in a sane manner.”

On religion and democracy  secularism

“All the great Hindu, Muslim and Christian institutions are beyond the grasp of even their most faithful. It is indeed unfortunate that debates on religion and faith are no longer about goodness and decency or even present-day social concerns.”

At the same time, in the Indian context, “the acceptance of democracy as a way of life implies that we accept that we hold certain rights to be inalienable. The Constitution of India therefore guarantees justice, liberty and equality. The rights emanating from these are considered fundamental to our being a free and democratic society. These fundamental rights, therefore, are inviolable in the sense that no law, ordinance, custom, usage or administrative order can ever abridge or take away any of them. The Preamble elaborates liberty to be that of ‘thought, expression, belief, faith and worship’, leaving little room for ambiguity. Like Hinduism’s eternal truths, these are eternal rights……

“This very simply means that people are free to believe whatever they may want to, convert others to this belief and perform whatever rituals or ceremonies that are required by one’s faith……”

No Light Yet at the end of The Covid Tunnel

All is Not Well for the BJP