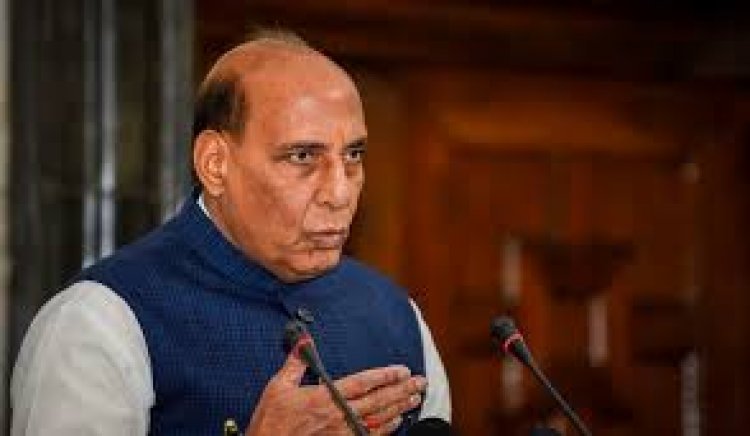 The DAC also approved procurement of an upgraded version of Suer Rapid Gun Mount (SRGM), which is fitted as the main gun on board Navy and Indian Coast Guard (ICG) warships, from Bharat Heavy Electricals Limited (BHEL). The upgraded version of SRGM has enhanced capability to perform against fast manoeuvring targets like missiles and fast attack crafts and increase the maximum engagement range.

The DAC also approved procurement of 125 mm APFSDS (Armour Piercing Fin Stabilized Discarding Sabot) ammunition for Indian Army as a ‘Design and Development Case’. The ammunition being procured will have a 70 per cent indigenous content. There is requisite capability available for indigenous development of the ammunition, both in terms of ‘manufacturing’ and ‘technology’, the release said.

The DAC gave approvals which are likely to reflect in speeding up of procurement of AK-203 assault rifles and unmanned aerial vehicles (UAVs) upgrades.

The release said that the decisions will strengthen the armed forces by relying on indigenous capability and take forward the ‘Atmanirbhar Bharat’ (self reliant India) initiative.

Ban on import of 101 defence items

However, despite striving to make India self reliant in defence equipment, especially after the 1999 Kargil War, little has been achieved.

Defence Minister Rajnath Singh’s announcement last week, of a negative import list of 101 defence items is another attempt towards the objective. The list, writes Sushant Singh in the Indian Express, “is in some ways a throwback to the licence permit raj of the pre-liberalisation era, but strong feedback from industry has forced the government to intervene in the very complex defence industrial sector. The major complaint from the domestic defence industry was the absence of a commitment from the armed forces on procuring a defence item that was developed and produced in India. By putting certain items on the embargo list and creating a separate budget head for domestic capital procurement, the government has sent a signal to indigenous industry.

“As this list has been produced by the defence services, they have become an equally important stakeholder in this scheme, which has been driven by the newly-created Department of Military Affairs under the Chief of Defence Staff, Gen Bipin Rawat……….”

Major Challenges: However, there are major challenges. “The promise of contracts worth almost Rs 4 lakh crore to the domestic industry over the next 5-7 years does appear impressive – but so was the figure of Rs 3.5 lakh crore for projects under the Make in India scheme, all of which got stuck in the pipeline.”

Singh also points out that out of the negative list of 101 items, “at least a third of these items – including corvettes and frigates for the Navy and multi-barrel rocket launchers for the Army – are already being produced in India.” The list does “not include any new development or addition of production capacity.

“…….The items in the list are of proven technologies, and do not involve any critical or cutting-edge technology for a next-generation weapon system or platform. The BrahMos cruise missile, mentioned in the list, is jointly produced with Russia, and has a significant share of critical Russian components. That is true of the majority of items that are assembled in India by the defence PSUs, rather than being produced entirely in India.

The government also needs to “address two other fears of the industry: an assurance of enough orders that would make a production line economical, and the strength of the commitment should an indigenously produced item cost more than an imported one……

A major reform initiative: The Tribune however says the decision “marks a major reform initiative to boost the domestic industry. The Ministry of Defence’s ‘negative import list’ includes artillery guns, assault rifles, warships, sonar systems, transport aircraft, light combat helicopters and radars. Contracts worth almost Rs 4 lakh crore are expected to be placed within the next five to seven years. A separate budget head has been created with an outlay of Rs 52,000 crore for domestic capital procurement in the current financial year. India Inc has been quick to describe the decisions as path-breaking. A clear signal has been sent to the indigenous industry of a commitment, and not just intent as in the past, from the armed forces on procuring ‘made in India’ defence items.

“…….A huge opportunity has been provided to the defence producers to step up, and that too quickly. Execution would remain a key monitorable……. Boosting local manufacturing and reducing reliance on imports has not paid much dividends despite the noise around it for years. Indian manufacturers have a point to prove. The linkage with institutes of repute and focused research and development can be game-changers.”

Nobody Demolished Babri Masjid: All Acquitted