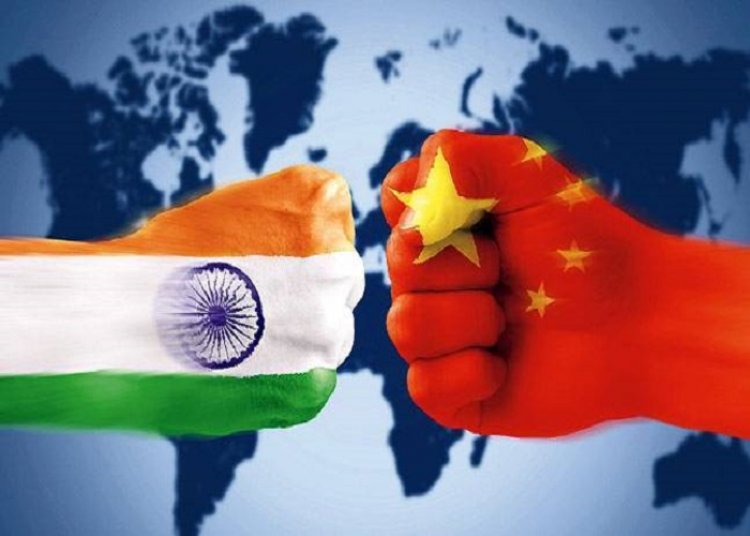 Soon after disengagement from the Pangong Tso Lake in February during which India generously surrendered its vital ground on Chushul heights for the Chinese vacating the Fingers area, it was clear writes Maj Gen Ashok K Mehta (retd), Military Commentator “that for the PLA, it was the end of disengagement from friction areas, despite commitment to follow up within 48 hours after the 10th round of talks to address other friction areas. Fifty days lapsed before the notional 11th round was held. The PLA had drawn curtains. Editor of Global Times Hu Xijin wrote gratuitously that India should be happy with Chinese withdrawal from Pangong Tso. The PLA added it hoped India could ‘cherish the positive trend in de-escalation’ but did not acknowledge the remaining unresolved friction areas……” Even State Councillor and Foreign Minister Wang Yi is insisting: “Now that withdrawal in Pangong Tso is over, bilateral ties can resume.”

Foreign Minister S Jaishankar has consistently called for complete disengagement from all friction points and made clear that peace and tranquillity in border areas is the basis of normal relations. On May 5 at a Global Dialogue in London, he said: “It is not realistic to have good relations in other domains when there was tension on the border. I can’t have friction, coercion, intimidation and bloodshed on the border and then say, let us have a good relationship…it is not realistic.”

Lessons for India from Ladakh

In the circumstance, one year on, Gen Ashok K Mehta identifies the lessons from Ladakh as under:

India therefore,  “has to create counter-coercion strategies on land and in the Indian Ocean Region (IOR). The priority must be to build credible deterrence in the eastern Indian Ocean from the Andaman and Nicobar chain of islands to Malacca Straits against the Chinese blue water navy already active in IOR. Another area of concern is the Chinese military build-up in Tibet: a new military base opposite Bhutan; an airport at Yadong opposite Nathu La and new military facilities in Chumbi valley near Sikkim. Xi’s grand plan of 2017 of building villages in another country’s territory — these have come up wholesale in Bhutan, Arunachal Pradesh and Nepal.”

Taking the discussion further, Lt Gen Prakash Menon retd.  (Director, Strategic Studies Programme, Takshashila Institution, and former military adviser, National Security Council Secretariat) feels the deadlock on military de-escalation  in Ladakh “might turn out to be another example of China’s perfidy. India has had sufficient historical experience with China’s use of agreements for buying time and deceiving us. The 2018 agreement for defusing the crisis in Doklam and its subsequent military occupation of the rest of the Doklam plateau is fresh in memory. It should have warned us about the dangers of China getting India to withdraw from a tactically advantageous position at the Kailash Range in Ladakh and then using delay tactics to keep India under pressure.”

China’s strategic behaviour, argues the former General  “can only be interpreted if one views the military moves in Ladakh in the broader perspective of China-US geopolitical rivalry. China’s ambitions that generate its geopolitical compulsions are no longer being concealed…….China,  believes that the moment has arrived in the global stage the it seeks to dominate.  It sees itself at the centre of the new word order that it seeks to establish. It sees  India as an impediment to its ambitions.”  China is convinced that “India’s geographic endowments and its deepening partnership with other maritime powers like the US have to be weakened in order to fulfil its political ambitions. Beijing has for long pursued a strategy of keeping India contained within the subcontinent and used Pakistan as a cat’s paw. This perceived geopolitical compulsion of China must form the framework for India for dealing with China….”

India’s China gamble failed: it must now gamble on US

Aware of this, the former General states India’s strategic shift towards the US was fuelled by China’s strategic assertion “that manifested in increasing its military, especially maritime, capabilities and the US’s efforts to counter it by incorporating India in their plans……it was evident to India that dealing with the growth of China’s national power, specifically its economic heft, would require cooperative efforts with nations having common interests.”

Even as India pursued a dual policy of attempting to simultaneously expand its cooperation with the US and with China, the Ladakh incursion put an end to this.  “India has gambled on China and failed. The rescue act that has to follow must primarily gamble on its relations with the US and China. Depending on this foundational decision, India must shape its relations with others. For instance, it will also mean a gamble on India-Russia relations that rest on the future contours of US-Russia relations. That may be a risk worth taking considering the strategic underpinnings of the current China-Russia and India-Russia relations.”

India should focus on Quad

And Quad should be very much part of that gamble.  Quad has been primarily focused on building close military ties to deter and counter Chinese aggression. Very little attention has been paid,  writes G Parthasarathy (Chancellor, Jammu Central University & Former High Commissioner to Pakistan) “to China’s vulnerabilities, particularly in relations with its neighbours, with many of whom it has territorial disputes. Recent academic studies focus on the fact that China has 18 neighbours that have been intimidated by Beijing’s expansionist policies….In South Asia, China has territorial claims on its land boundaries with Bhutan. Beijing also has old claims on its borders with Nepal, while its claims on its borders with India are legendary!”

While the focus of Quad has, thus far, been on expanding military cooperation between its members, Parthasarathy argues “there has been no effort to use international and regional forums to increase global awareness of China’s ambitions. A concerted diplomatic effort has to be made by Quad to unite countries in the Indo-Pacific, to be prepared to raise the costs for China, if it resorts to force across the Indian and Pacific Oceans. The combined maritime strength of Quad is enough to deny passage to any ship carrying energy supplies from the Persian Gulf and Indian Ocean eastwards. The US has fleets with aircraft carriers and nuclear-powered submarines in the Persian Gulf, Indian Ocean and Pacific Ocean. China gets the bulk of its oil supplies from Iran and Gulf countries through the Indian Ocean…..

“Any policy which makes it clear to China that India and its partners have the capabilities to respond appropriately to Beijing’s territorial ambitions needs consultations between Quad members and potential partners, including the EU and ASEAN. The US has taken measures to enable Taiwan to continue with its independent policies. India must open the doors for more economic exchanges with Taiwan. Both Taiwan and South Korea can be key partners in enabling India to modernise and expand its electronics industries.”