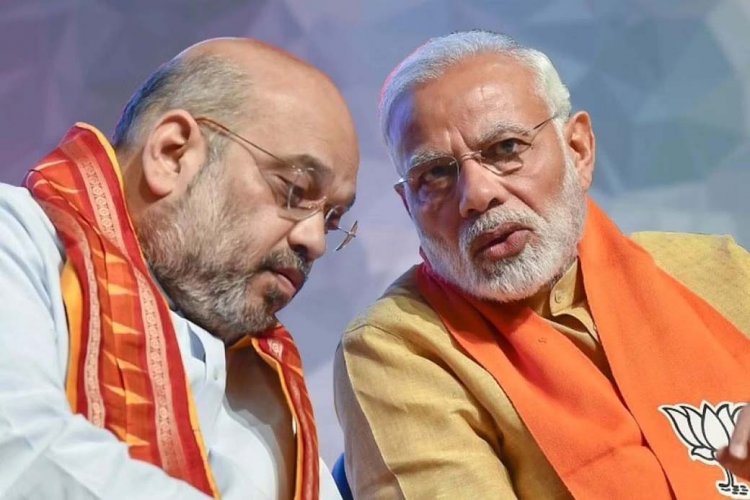 Examining if the removal of BJP’s two leaders is a well-thought-out course correction, or is it a one-off attempt to douse the fire, D K Singh (editor, politics, at ThePrint) notes the removal of these spokespersons was preceded by a series of conciliatory messages from the ‘Sangh Parivar’ (RSS family). BJP president JP Nadda set the tone last Monday, saying that the dispute over Gyanvapi mosque in Kashi and Shahi Idgah in Mathura would be decided by courts and the Constitution of India. It was followed by RSS chief Mohan Bhagwat’s admonition against attempts to ‘look for a shivling in every mosque.’ Then came the BJP statement on Sunday, denouncing insult to any ‘religious personalities’ and stating that the party is ‘strongly against any ideology, which insults or demeans any sect or religion.’

Need of course correction: BJP should ‘re-assess its position’

How the reaction in the Muslim world pans out “will be clear in the coming weeks and months. But a course correction is something that may suit the BJP’s electoral politics in the run up to the 2024 Lok Sabha elections.

“Having lost around two-dozen allies since 2014, the BJP has not many left and even their loyalty would come under strain if the ruling party were to pursue aggressive Hindutva. The BJP would do well to get down from the high horse and re-assess its position—unless, of course, it sees another Modi wave ensuring it 272 seats on its own, if not 282 or 303, in the 2024 Lok Sabha elections. Ten years of anti-incumbency—with or without Rahul Gandhi as the opposition’s face—is a factor it can’t discount. India is unlikely to become a $5 trillion economy by 2024-25 and farmers’ income won’t double by then either. So, it’s not that there will be happiness all around in 2024.”

What the BJP would then be sorely missing is allies. For example, in Odisha it seems to have lost the plot. In the rural elections this March, the BJP won 42 seats, down from 297 five years back.

Even in southern states, writes D K Singh (editor, politics, ThePrint), the BJP “doesn’t seem to be making much headway….. In the North, in  Maharashtra, the BJP and the Shiv Sena together won 41 of the 48 seats. The Sena is on the opposite side now and there is a question mark on how the BJP would fare when it goes alone. In Bihar, the NDA won 39 of 40 seats. Today, the BJP can’t trust its main ally, the Janata Dal (United), which is flirting with its ex-partner Rashtriya Janata Dal (RJD).”

So, concludes Singh “even with the Modi wave that one witnessed in 2014 and 2019 Lok Sabha elections, the BJP needs to take a hard look at its poll prospects in 2024. Even if it were to repeat its sweeping performance in states such as Uttar Pradesh, Rajasthan, Gujarat, Madhya Pradesh, Karnataka, Chhattisgarh, Jharkhand, Uttarakhand and Haryana, it will need allies in other states. The BJP on its own won 202 out of 228 seats in these nine states. Add most of the 25 seats in the north-eastern states to the BJP’s kitty.

"It must repeat its 2019 performance in these states to come close to the majority figure in 2024. Not many would put a bet on that, given acute factionalism in the BJP in these states and lacklustre performance where it’s in power. In Chhattisgarh, for instance, the BJP is looking rudderless with the high command pushing ex-CM Raman Singh to the sidelines. In Karnataka, the party’s most popular face, BS Yediyurappa, has met the same fate. The same holds true for Vasundhara Raje in Rajasthan and Shivraj Singh Chouhan in Madhya Pradesh. The BJP swept Haryana in 2019 but has been struggling to retain its supremacy since then.”

That is  “why a course correction is a pragmatic option for the BJP today….”

Rahul Gandhi’s remarks at Cambridge two weeks ago, are still a matter of debate.

Though vexatious, the extensive trolling on his remarks, writes Shruti Kapila (Associate Professor of Indian history and global political thought at the University of Cambridge) “only proved that the Cambridge conversation had indeed rattled the Congress leader’s political opponents……”

A comparison with Mahatma Gandhi is foolish. He held no official position in the pre-independence Indian nation Congress. Yet, Mahatma Gandhi gets credit “for transforming Indian politics and ushering in decolonisation and Indian democracy. In short, it is precisely because he was of the Congress but not beholden to it that Gandhi emerged as the superman of Indian politics……

“In declaring a mass protest movement as the only option to revive and remake the Congress, as he did at Cambridge, Rahul Gandhi openly seeks inspiration from the Mahatma……” And significantly, “whether it is the carping of the older gentlemen of the G-23 faction or the fulminating commentariat’s total fixation with him as the prime suspect, both confirm Rahul Gandhi’s leadership, if only perversely……”

But internal protests “will radicalise the origins of the Congress for a new if dangerous era. What is clear is that in affirming his conviction in political protest, Rahul Gandhi has realised that what is at stake is the future of India’s identity over and above that of the fortunes of the Indian National Congress.”

India - Canada: Concern over the Growth of Pro-Khalistan...