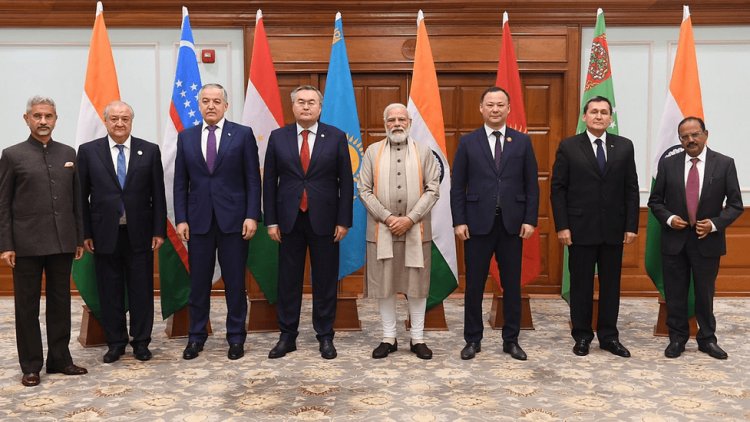 The recent back-to-back summits India and China had with Central Asian Republics (CAR) need better understanding of the moves being made in the region by the two neighbours.   The two summits  have also led to comparative assessments.

In the view of Manoj Joshi (Distinguished fellow, Observer Research Foundation), the two summits “indicate that the Great Game is very much on” and that  the comparisons “do not particularly favour India.”

PM Modi’s public remarks at the summit were focussed on “regional security and stability, while Xi focused on economic ties. The context of the PM’s remarks appeared to be the developments in Afghanistan, which, in his view, affected India and the CAR equally.

“The lengthy Delhi Declaration issued after the summit provided a significant overview of the India-CAR relationship. This suggests that there seems to be significant similarities between New Delhi and Beijing’s approach to the region. Both view ties as being important from the point of view of security and regional stability in the context of the Afghan developments. Both are active in providing assistance to the region through aid and training programmes and both are conscious of the importance of energy resources of the region. And, both are linked to the region through the Shanghai Cooperation Organisation.”

But the substance of the China-CAR relationship, argues Joshi  “is very different from that of the Indian one. The most important difference arises from contiguity, which makes China-CAR relations far more consequential than the India-CAR one. China shares a 3,300-km border with Kazakhstan, Kyrgyzstan and Tajikistan and its troubled Xinjiang province. The region is also an important fulcrum of China’s Belt and Road Initiative which sees a thousand trains a month running between Europe and China through Central Asia."

India, on the contrary,  “lacks any contiguity and the Pakistani blockade prevents easy access to the region. Our efforts to develop alternative routes from Chabahar, or through the Ashgabat Agreement, are still a works in progress. Indeed, in a number of areas, India’s efforts to enhance ties with the region are more aspirational than anything else.”

In the last 30 years, China has developed dense ties with the CAR. Trade between them stands at some $41 billion, as compared to just around $2 billion for India. China has three pipelines taking Central Asian gas and oil to China, and work is in progress on the fourth pipeline. Chinese investments in the region total nearly $55 billion. “As for Indian investments, they are trivial, though in 2020 India extended a $1 billion line of credit to the region.”

China has three key interests in Central Asia. First, to ensure a stable source of hydrocarbons; second, to ensure that the region neighbouring its own sensitive province of Xinjiang remains stable; and third, obtain the support of the governments there for China’s larger global agenda.

India’s goals PM Modi  said were  ‘cooperation between India and the CAR’ that ‘is essential for regional security and prosperity…Central Asia is crucial to India’s vision of an integrated and stable, extended neighbourhood.’ But he also seemed to acknowledge, writes Joshi “that we are yet to develop a structure for enhanced relations and that there was need ‘to create an ambitious roadmap for our cooperation’. Substantive ties remain in prospect, rather than now. India is simply hoping to ride into Great Game 3 with a little Russian help. The Chinese, though, have been careful to watch their own footing in relation to Moscow.”

In the end  “CAR is far more important for China than for India. Indeed, there could be a legitimate question why India should even bother with the region….

India would be better off deploying its already scarce resources to shoring up its ties with countries in the South Asian or Indian Ocean Region.”

Union Budget 2022: Analyses of the Good and the not so good

Taliban in Kabul: Medievalism in The Heart of Asia