Gujarat Assembly Elections on Dec 1 and 5; Results on 8 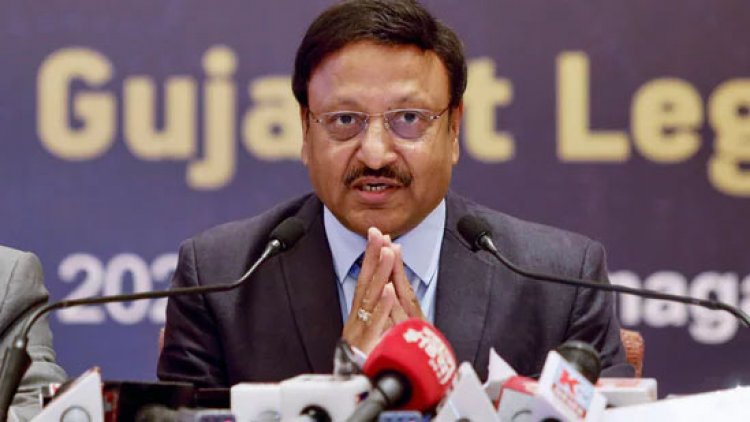 The Gujarat Assembly elections will be held in two phases on December 1 and 5, and the results will be declared on December 8. Of the 182 seats in the legislative Assembly, 89 will go to polls in the first phase and 93 in the second. There are over 4.9 crore electors eligible to vote this year. There will be more than 51,000 polling stations set up, including more than 34,000 in rural areas.

The high-stakes elections will see a three-cornered contest between the BJP, the Congress and the Aam Aadmi Party (AAP). The BJP has been in power in the state — Prime Minister Narendra Modi’s home turf — for over two decades. In the last election in 2017, the BJP won 99 seats, while the Congress won 77, winning 49.05 per cent and 42.97 per cent of the votes, respectively. Over the years, the Congress’ tally reduced to 62, while the BJP’s increased to 111.

Safe state for BJP: By some distance, Gujarat is the safest state in India for the Bharatiya Janata Party (BJP), writes The Hindustan Times.   “The home state of Prime Minister (PM) Narendra Modi and home minister Amit Shah has not voted for any other party for 24 years and it is on the promise of replicating the Gujarat development model that the BJP swept to power in the 2014 national elections.”

Yet, in the assembly elections five years ago, “the Congress gave the BJP a run for its money, posting its best results in a generation, and winning key regions. Anti-incumbency, disaffection about the state of the administration by successive chief ministers (CMs) who lacked Mr Modi’s charisma and connect, and simmering discontent among both cultivators (over stagnant crop prices) and small traders (about teething problems in the Goods and Services Tax regime) hobbled the BJP which needed appeals from the PM to cross the majority mark, and only barely. The Congress stitched together a grassroots coalition, inducted leaders from key backward and dominant caste groups and lent strategic backing to Dalit leaders. Anger from the Patidar community – which helped the BJP break the Congress’s stranglehold in the state in the 90s – over denial of quotas in jobs and education lent the tailwind to the Congress, though in the end, it was a bridge too far for a state the BJP has social roots.”

Thus, although the BJP has strong social roots in the State, in the 2017 assembly election, the Congress ran the BJP close and brought its tally below 100 seats. Clearly, according to The Hindu “the BJP doesn’t want a repeat of the last election and has been in campaign mode for months now…..”

The entry of the Aam Aadmi Party (AAP)  has introduced a new frisson in the contest. The AAP is an outsider in Gujarat politics. The party’s unexpected success in the 2021 Surat  Municipal Corporation elections,  the Congress failed to win a single ward, says The Hindu  “has created the impression that the space for a non-BJP, non-Congress party exists in Gujarat and the AAP could step into it. The AAP has been running an aggressive campaign with Delhi  CM

Arvind Kejriwal spending time in the state. It remains to be seen if the party’s urban-centric campaign focused on its government’s claims in Delhi in the fields of education and health and its playing to the Hindutva gallery can compensate for the lack of organisational presence in rural Gujarat.

BJP has the edge

But there is no doubt that despite the anti incumbency factor and the challenge from Congress and the AAP, the BJP has the edge.Prime Minister Narendra Modi and Home Minister Amit Shah have been campaigning aggressively in Gujarat.

Findings of the survey: The findings of the survey of Lokniti-Centre for the Study of Developing Studies (CSDS) indicate that the AAP has been able to make its footprints visible in rural and urban Gujarat through AAP national convener Arvind Kejriwal’s sustained campaign. But the party may not be able to challenge the BJP, in particular it’s good governance.

In the survey, 54% of the respondents believe that the facilities in government schools have improved, while only 16% did not think so. There is a shared belief that not only the quality of education, but also other facilities such as midday meals, classrooms, and games and sports facilities have improved. People also believe that the morale of both teachers and schoolchildren has improved over the last five years. It is, therefore, unsurprising that a sizeable number of people are satisfied with the State government’s performance in the area of education.