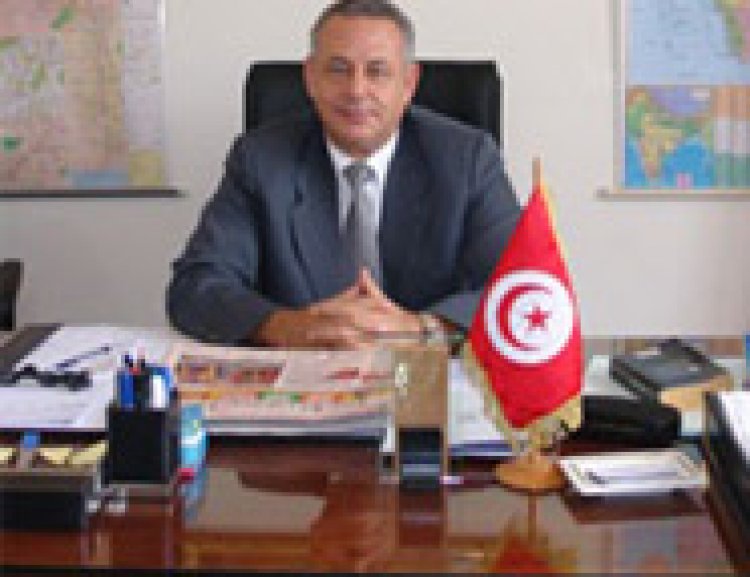 ANA: Excellency, thank you for giving us your precious time. India-Tunisia relations have been traditionally cordial and friendly. Prime Minister Indira Gandhi visited Tunisia in 1983 followed by Prime Minister Narasimha Rao in 1992. Why do you think no Tunisian head of state has visited India so far?

H.E: Indeed, Tunisia and India enjoy friendly relations. Diplomatic relations between the countries are fifty years old. Tunisia opened its first resident Mission in New Delhi in 1981. Prime Minister Indira Gandhi visited Tunisia in 1983. Prime Minister Narasimha Rao paid a visit to Tunisia in 1992. The last visit to India of the Minister of Foreign Affairs of Tunisia goes back to 2000. Many Ministers and Ministers of State and top senior officials from Tunisia have visited India during the last years. I hope to open up, along with my Indian counterparts, new opportunities to develop our ties and to prepare the ground to exchange more high level visits between our two countries. I personally believe in direct human contacts.

ANA: There are strong bilateral consultation mechanisms between India and Tunisia in the areas of Information and Communications Technology, Small and Medium Enterprises (SMEs), Drugs and Pharmaceuticals, Hydrocarbon sector, and Textiles. Would you like to highlight areas from which both countries have benefitted from these mechanisms?

H.E: There is a Joint Commission at Ministerial level between our two countries. A mechanism for Foreign Office Bilateral Consultation also exists between Tunisian and India. In addition, there are several Joint Working Groups which have been meeting regularly (Information and Communications Technology, SMEs, Pharmaceuticals, Textiles). These are the official governmental frameworks between the two countries that allow discussing areas and modalities of cooperation, exchange expertise and consultations and establishing partnerships actions and regulatory frameworks. They are also the place where we discuss our mutual priorities and decide if new agreements have to be implemented.

[expand title="Read More"]ANA: Excellency you are aware, India and Tunisia have signed several agreements, protocols and MOUs. These include utilization of nuclear energy for peaceful purposes (1997), Agriculture (2000), Tourism (2000) etc. But there has been little forward movement in most areas except perhaps in Agriculture where Tunisia has been a source for phosphates for India’s fertilizer industry. Excellency, even in Agriculture, is there scope for cooperation in the Food Processing sector? And what has stopped the two countries from expanding cooperation in other areas?

H.E: Yes, Tunisia is one of the major fertilizers suppliers to India. A joint-venture will start the producing phase in Tunisia this year. Diammonium Phosphate and Phosphoric Acid are the only two major items being imported from Tunisia. However, Tunisia imports from India a wide range of products; fishery products, tea, pulses, raw tobacco, finished leather, pharmaceuticals, machinery, articles of iron and steel, electronic goods and yarn. I wish that trade between the two countries covers more areas. In line with this idea, and as I mentioned earlier, our governments have prepared the regulatory frameworks and the ground for a beneficial cooperation. I think that the ball is now in the camp of the business circles. They should know more about each other and about economic environments in Tunisia and in India. It is the way to explore and prospect and seize the multitude of opportunities. This comes through visits and direct contacts.

ANA: Bilateral trade between the two countries has not been very impressive. Exports to and imports from Tunisia have ranged around US $200 million each. Similarly, there are only a handful of joint ventures and Indian projects in Tunisia. Excellency, what is your take on this?

H.E: I am not satisfied with the actual bilateral trade between the two countries. I strongly believe that companies in India and in Tunisia are missing a lot of opportunities. The scope of cooperation is very large and very important. As you now, Tunisia is a doorstep of a market of more than 600 million consumers. It is at the heart of the Euro - Mediterranean logistic chain. On 1 January 2008, Tunisia became the 1st south Mediterranean country to implement a free trade zone with the European Union. Imports and exports are tax free. This geographically strategic position makes Tunisia a natural regional hub for international investment, trade, regional and international supply chains. Furthermore, Tunisia targets innovation, technology, and activities with high added value. Possible areas of cooperation between India and Tunisia exist in automobile industry, engineering, Information Technologies, biotechnology, pharmaceuticals, textiles. We are open to any serious and win-win proposals. Tunisia offers foreign investors an attractive range of services and advantages and has defined a favourable legal framework based on the investment incentive code.

ANA: For the Government of India the spread of fundamentalism and terrorism is perceived as a major global issue and not confined to South West Asia alone. India and Tunisia have agreed on a "Joint Declaration on Combating International Terrorism, Drug Trafficking and Organised Crime". Excellency, does Tunisia share this concern with India?

H.E: At the national level, Tunisia had adopted since 1992 various measures to combat extremism and to eradicate terrorism sources such as poverty and discrimination. At the international level, Tunisia has called for the establishing of an international "Code of Conduct" to fight international terrorism which should serve as a framework for coordination among all countries in these efforts. Tunisia has strongly condemned Mumbai attacks of November 2008. His Excellency Mr. Zine El Abidine Ben Ali, President of the Republic of Tunisia, has addressed a letter of solidarity to Her Excellency Mme Partibha Patil, President of the Republic of India.

In one of his speeches, H.E President Ben Ali says, 'Terrorism is an aggressive behaviour that runs counter to all ethical, religious, social and civilizational standards. It constitutes a flagrant violation of the sovereignty of states, the Charter of the United Nations, and all international treaties and charters. No society and no civilization has escaped this phenomenon. It is not specific to nay particular religion, nor to nay particular counter. In our view, the most efficient remedy is the preventive remedy. It starts by eradicating the root causes underlying the rise of terrorism and the conditions that facilitate its propagation. Such remedial policy relies essentially on improving the daily living conditions of the human being, through providing access to education and culture, promoting the conditions of women and youth, anchoring human rights, expanding the fields of consultation and participation, eradicating poverty, and providing comprehensive and sustainable development for all regions and social categories'.

ANA: Excellency, in the end would you like to give us your assessment on our weekly journal News behind the News?

H.E: I would like to thank, 'News behind News' Magazine for this interview. I appreciate your weekly analysis and articles covering various fields. I also praise your efforts to contributing to promote relations between countries. I hope we will have other occasions to discuss more about Tunisia-India ties and other issues. Thank you

H.E. Mr. Andre Sanra, Ambassador of the Republic of Benin...