India - China: No De-Escalation along the Border 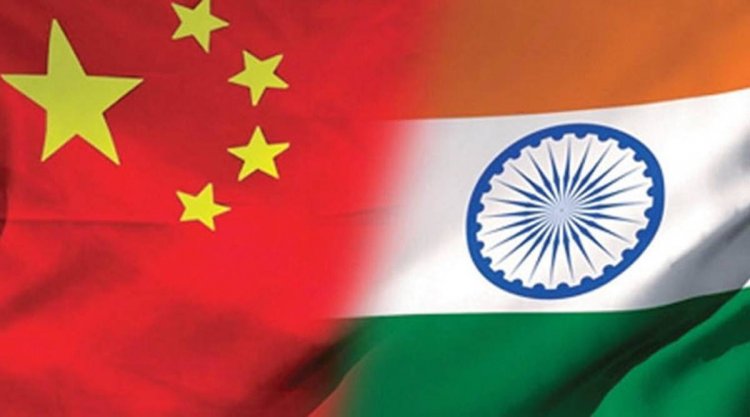 Despite 15 rounds of military talks between Indian and Chinese senior military commanders, there is no resolution of the border at the Line of Actual Control (LAC).

Although the two armies have been able to disengage from Pangong Tso, Galwan and Gogra-Hot Springs area, Shishir Gupta (Executive Editor of the Hindustan Times) writes “the PLA is still to move back from KongKa La, which defines the Chinese border claims as per 1959 Line on the LAC…..

No de-escalation of troops

Thus “even though both sides have achieved disengagement to a large extent on the East Ladakh LAC, there has been no de-escalation of troops in the region with both armies present in full strength with armored, rocket, artillery, and missile support. There has been no let down in alert on the Indian side as inputs indicated that the PLA may take advantage of the Ukraine conflict to transgress into fresh areas on the LAC. There are strict instructions from the Modi government that any PLA belligerence on the LAC must be matched and replied in kind without ceding an inch of territory.”

India has made it clear in talks at higher levels, “that the road to normalization of relations goes through East Ladakh with India wanting unhindered patrolling rights in Depsang Bulge area and the Charding Nullah Junction area in Demchok. The PLA is blocking access routes to both these friction points leading to military face-offs as the Indian Army manages to send patrols into these areas despite hurdles."

Will not to allow loss of land: new Army chief

In view of the border situation, India’s new army chief, General Manoj Pande has said the army would not allow any change in status quo or loss of territory in eastern Ladakh where Chinese troops are estimated to have taken over nearly 1,000 sqkm of India-claimed land.

“We are very clear that we will not permit any change in the status quo or any loss of territory. Over the last two years we have carried out continuous threat assessments and likewise realigned and reoriented our forces,” Pande was quoted as saying by news agency ANI.

Pandey said the situation along the Line of Actual Control (LAC) was normal and that Indian troops held important physical positions, ensuring there was no change in status quo. “The unilateral and provocative actions by our adversary with an aim to alter the status quo by force, I feel, have been adequately responded to,” he said.

But talks are “the way forward”, Pandey said. “We are confident that if we continue to talk to the other side, we will find a resolution to the ongoing issues.”

“My utmost and foremost priority would be to ensure a very high standard of operational preparedness to face the current as well as contemporary and future challenges across the entire spectrum of conflict.

The Army Chief’s words have come not a day too early for the China challenge  remains serious and threatening. Given the sheer scale and depth of the China challenge, Raj Shukla (retired as an Army Commander at ARTRAC) writes “India perhaps needs to do a lot more."

He underlines  “five propositions that national security experts need to urgently consider to deal with the still-gathering storm.

Doctrine of military-civil-fusion: ”Two, the skill with which China has fused the capacities of its civil and military domains, as encapsulated in the doctrine of military-civil-fusion, is notable. The doctrine’s impact in buttressing the nation’s fortunes has indeed been transformative. There are no silos; talent, capacities, and attributes from any quarter—civil or military—have been leveraged to induce a new culture of innovation, energy, and enterprise through the national security system……”

The BRI, for example, with all its faults, “is an ambitious, integrated venture that has numerous layers—geostrategic, economic, diplomatic, defence, military, and technological—all elements of State power, fused thoughtfully, to lay the foundations of a futuristic, global, Sino-centric world order……

Capacity building: “Three, even as the world spends considerable time speculating on China’s intent…..it has undertaken a modern blitzkrieg of sheer capacity building. This includes newer platforms, reformed structures, cutting edge technologies, and menacing manoeuvres, all of which have been designed to keep competitors guessing while shifting the onus of escalation on the adversary.

“Such capacity building is happening across theatres and the spectrum of conflict, in the western theatre command, the South and East China Seas, as also the Indian Ocean Region, with marine and air assault forces, aerial and drone platforms, helidromes, cyber, electronic warfare, space, unmanned and robotic platforms, and missilery…….

Asymmetric deterrence: “Four, in the realm of asymmetric deterrence, there are lessons from the Chinese construct. The budgetary differential between China and the United States is similar to that between India and China. Yet, a $230 billion Chinese defence enterprise  is causing severe displacement anxiety in the $750 billion American defence ecosystem…..

Challenge, civilisational in nature: “Five, the China challenge is also worrisome because it is civilisational in nature. In terms of branding, it seeks to posit that it is superior to democratic systems. This is not to suggest that such positioning is either wise or true. What should be of interest to India is how China has welded the best modern defence practices with the civilisational wisdom of philosophers Sun Tzu and Confucius to structure a modern Chinese worldview and framework that is focused on superior deliverance and outcomes.”

The China challenge, concludes  Shukla “goes beyond mere operational rebalancing and lies in the wider strategic-military landscape. India needs to transform itself with far greater acuity, else, the gathering Chinese storm may take India by surprise.”