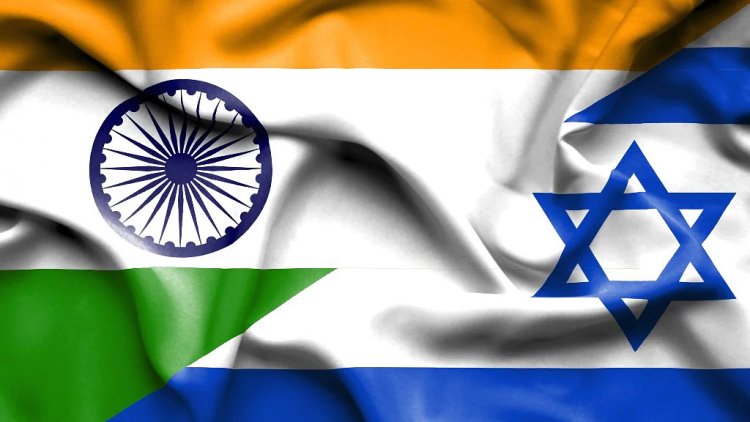 Lev Aran (former coordinator of the Israel-India Parliamentary Friendship League and an Israel-based freelance columnist and journalist) and  Yeshaya Rosenman (freelance journalist and student of Indian Studies and Islamic Studies at Hebrew University) take issue with former Indian ambassador to several West Asian countries, Talmiz Ahmad,  who in an article in ThePrint said that India wants an “affair”, and not a a serious relationship with Israel.

On the day that Talmiz Ahmad’s article was published in ThePrint, the two authors  were at a special event when the Israeli Ministry of Foreign Affairs in Jerusalem, hosted a delegation of 90 entrepreneurs and investors from India’s JITO Incubation and Innovation Foundation. A number of diplomats, academics and business figures presented a broad picture of Israel-India relations.

“The wide spectrum of issues in which India and Israel are cooperating surprised us, even as Israeli writers with a unique interest in India. But not only presentations, deals, and statistics were presented at the event. One of the speakers narrated the experiences of Israeli diplomats when they come to serve at our embassy in New Delhi. The Indian love for Israel cannot be compared to any European country. India’s deep appreciation for the State does not depend on one government or another, it is alive and kicking among the bureaucracy, various influencers and the general public.”

The two authors, in their counter article in ThePrint write “It is paradoxical that a politician who has been shunned by the West for more than a decade understood better than his diplomats that he could come to visit Israel, show open affection for its right-wing prime minister, violate a long tradition of anti-Israel votes in international institutions—and still not be published by Gulf states and Saudi Arabia for it. Not one Indian worker was going to be deported from Dubai or Bahrain because the Indian prime minister had decided to show his love for the Jewish state, no sudden UN resolution was to be suggested vis-a-vis Kashmir.

“Today, we are in the era of alliances such as the I2U2 West Asian Quad in the Middle East and it is clear that Israel’s relations with the Gulf states, including Saudi Arabia, whose relations with Israel remain intentionally unofficial as of yet, are better than the Sunni bloc’s relations with the Palestinians, which are at an all-time low. Relations between Israel and Egypt are also perhaps the best since the signing of the Camp David Accords in 1979…..”

Modi, say the authors  “dramatically changed India’s policy toward Israel when the tip of the iceberg of the Sunni-Israeli alliance was much smaller than what we are witnessing now.”

Opportunities for India in the Middle East

The Devas-Antrix Satellite Deal: ‘Fraud of a Huge Magnitude’