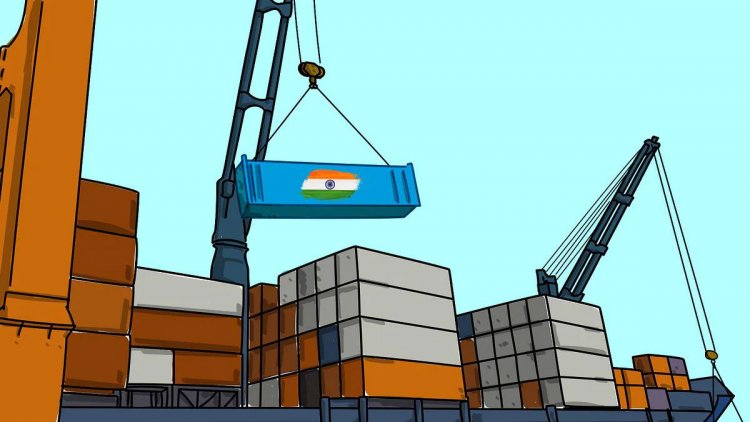 A recent report by Bain and Company titled, ‘The Trillion Dollar Manufacturing Exports Opportunity for India’, highlights six export megatrends that have the capacity to propel India’s manufacturing exports to $1 trillion by FY28.

As per the report, supply chain diversification, sectoral advantages, government initiatives, capex led growth, mergers and acquisitions, and PE and VC-led investments are six main megatrends that will drive India’s manufacturing exports growth to $1 trillion by 2027-2028.

Growth potential in exports: “According to our analysis, the highest growth potential in exports exists in the sector of electronics, which would continue to remain among the top globally traded items. Machinery, vehicles, pharmaceuticals, and chemical products are the other top 4 sectors that have the potential to contribute to a significant part of $1 trillion targets. Traditional items of strength such as textiles and apparel, food processing, and leather products can also be stepped up,” Sushil Pasricha, Partner, Bain and Company said.

India’s inherent strength: The report added that India has inherent strength in some sectors like chemicals, pharmaceuticals, automotive, electrical and electronics, industrial machinery, and textiles. According to the report, these sectors have shown tremendous growth over the past few years.

Strong push from government schemes: “The sharp growth will be driven by a strong push from government schemes like PLIs, the Merchandise Exports India Scheme, and the Scheme for Promotion of Manufacturing of Electronic Components and Semiconductors, which are likely to increase export growth by 35-40 per cent YOY,” the report mentioned. Similarly, the chemical sector is estimated to grow at CAGR of 19-23 per cent to $110-130 billion by FY28.

Potential of the pharmaceuticals industry: In addition to electronics, the report highlights the outstanding export potential of the pharmaceuticals industry as well. “India’s drugs and pharmaceutical exports are expected to grow at a CAGR of 16-18 per cent ($45-50 billion) by FY28. India has traditionally been very strong in the pharma sector, with a low cost of manufacturing (30-35 per cent lower than in the US and Europe), cost-efficient R&D (about 87 per cent less than in developed markets), and cheap skilled labour. India’s strength in pharma – coupled with recent factors like incentivisation under PLI schemes, strong capex and PE/VC investments with 100 per cent FDI, and rising labour costs in competing countries like China – is going to propel growth in exports,” the report added.

“Recent factors like government-led support through incentive schemes like the PLI and sharp uptick in FDI will increase capital inflow. The narrowing China-India cost differential and increasing penetration of India original equipment manufacturers in key markets like Latin America and Africa will make India an export hub of automotive components,” the report highlights.

The ‘Second Wave will Extract a Large Economic Cost’

Withdrawal of Retro Tax: What It Means for Current and...