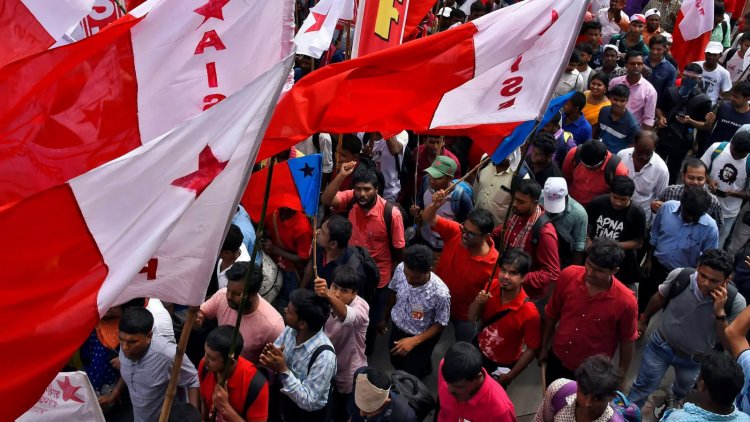 According to the report by the United Nations Department of Economic and Social Affairs - The World Population Prospects - India is projected to surpass China as the world’s most populous country next year.  By 2022, the global population is projected to reach eight billion by mid-November, around 8.5 billion in 2030, and 9.7 billion in 2050. With the global population growing at its slowest rate since World War II, it is projected to peak at around 10.4 billion during the 2080s and to stay at that level until 2100.

Overtaking China as the most populous nation will pose a new set of challenges for policy-makers. In this context, it is important to note that the report of the fifth round of the National Family Health Survey (NFHS-5), released in May this year, stated that India’s total fertility rate — the average number of children per woman — had ‘further declined from 2.2 to 2 at the national level’. One of the survey’s key findings was that there were only five states whose fertility rate was above the replacement level of 2.1 (the rate at which a population exactly replaces itself from one generation to the next) — Bihar, Meghalaya, Uttar Pradesh, Jharkhand and Manipur. Notably, these states are among the laggards in terms of per capita income. This makes it obvious that population growth adversely impacts economic prosperity. The fact that Jains, Sikhs and Buddhists have fertility rates well below the national average can be largely attributed to economic security among members of these communities.

For India, the deeper worry, writes Aanchal Magazine (Special Correspondent at The Indian Express) is that its “favourable demographic dividend is at an inflection point of sorts, with the population share of the youth starting to taper off even as the share of the elderly is expected to steadily surge during 2021-2036.”

The more populous states of Bihar and Uttar Pradesh, which experienced a rise in proportion of youth population to total population till 2021, are expected to see a decline from hereon, according to the ‘Youth in India 2022’ report released by the Ministry of Statistics and Programme Implementation.

Projections indicate higher elderly population than the youth by 2036

States such as Kerala, Tamil Nadu and Himachal Pradesh are projected to see a higher elderly population than the youth by 2036. “Bihar and Uttar Pradesh experienced a rise in proportion of youth population to total population till 2021 and then it is expected to start declining. These two states, along with Maharashtra, Madhya Pradesh and Rajasthan, are projected to have over half (52 per cent) of the country’s youth,” the report said.

Citing the findings from the Report of Technical Group on Population Projections, 2020, constituted by Ministry of Health and Family Welfare, this report said youth in the age group of 15-29 years comprise 27.2 per cent of the population for 2021, which is expected to decrease to 22.7 by 2036.

States such as Kerala, Tamil Nadu and Himachal Pradesh are projected to see a higher elderly population than the youth by 2036.

Experts said the rise in the share of elderly population will put pressure on social security and public welfare systems and the next 4-5 years need to be utilised well to accelerate productive job creation. “We haven’t utilised this period to create more productive employment to enhance savings and growth because that is what demographic dividend is all about. That window is closing. In the case of the southern states, where the share of the dependent population is predicted to increase, then it means how are you going to support the dependent population and what implications it will have on things like providing social security for the aged, pension and healthcare as longevity increases. That’s the conversation that happens in advanced economies. The share of the elderly in the population starts rising as opposed to the young working age group. Given the fact that people are typically in informal employment that don’t provide social security, then who is going to step in to provide social security that adds burden to the state. Those would be the kind of issues,” Radhicka Kapoor, senior visiting fellow, ICRIER, said.