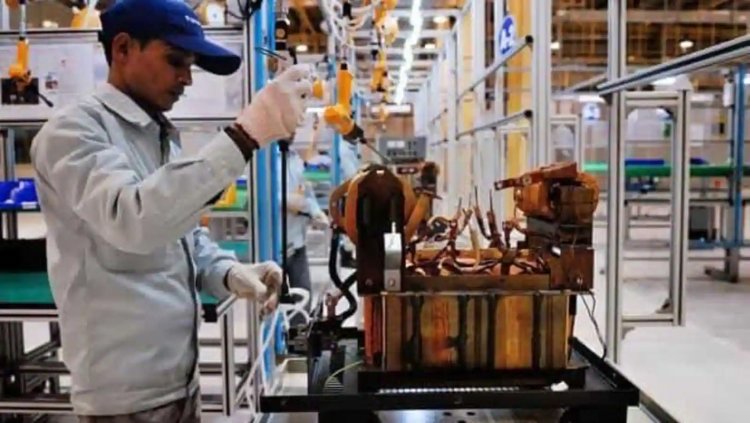 Despite the severity of the second Covid wave, India’s GDP is expected to come back to the pre-Covid level by the end of the financial year 21-22. Udit Misra (Deputy Associate Editor, Indian Express) calls it a K-shaped recovery which means that while some sectors/ sections of the economy have registered a very fast recovery, many are still struggling.

Impact of the K-shaped economic recovery

Firms that have done well are in the formal sector and had the financial wherewithal to survive the repeated lockdowns and disruptions. Significantly, “this has come at the cost of smaller, weaker firms that were mostly in the informal sector.” This has “massive ramifications. That’s because almost 90% of all employment in India happens in the informal sector. When the medium, small and micro enterprises (MSMEs) lose out to their counterparts in the formal economy, it results in the same GDP being produced with fewer people in jobs.”

Poverty: What makes this trend even more worrisome, writes Misra  “is that higher inequalities now also come with rising poverty levels. A study by Santosh Mehrotra and Jajati Parida has found that between 2012 and 2020, India witnessed an increase in the absolute number of poor — the first such reversal in poverty alleviation since Independence.”

Factors that will shape economy in 2022

Misra identifies factors that are likely to play a crucial role in how the economy shapes up in 2022:

Union Budget: The government, says Misra  “would be expected to lay out its plan to tackle high unemployment, high inflation, widening inequalities and rising poverty levels.”

Elections: The repeal of the three contentious farm laws was another example of how policymaking can be impacted by electoral pressures.  In 2022, there will be seven state Assembly elections and general elections in early 2024.

External Factors: Several key central banks, especially the US Fed, have started tightening their monetary policy in light of the high inflation in the developed countries. This, in turn, will force India’s RBI to raise interest rates as well.

Not all economists are pessimistic. Eminent economist Jayanth R Varma, also member of the Monetary Policy Committee (MPC) of the Reserve Bank, has expressed hope that in a few quarters from now, capital investment would begin to pick up even in the old economy, and said the next fiscal year is also expected to witness a decent growth.

Growth projections: According to Varma, the pre-pandemic level of economic activity has already been surpassed, and the rest of this financial year should also see further recovery.

He noted that calendar year 2021 saw dozens of new economy companies receive large funding both in private and public equity markets and these companies would have positive spillover effects into the rest of the economy as well. "I am hopeful that in a few quarters from now, capital investment would also begin to pick up even in the old economy," the eminent economist said.

The Reserve Bank of India (RBI) has lowered the growth projection for the current financial year to 9.5 per cent from 10.5 per cent estimated earlier, while the IMF has projected a growth of 9.5 per cent in 2021 and 8.5 per cent in the next year.

Omicron threat: Asked about the threat from the new Covid variant to the economy, he said the Omicron variant does create uncertainties, but he thinks the world is slowly beginning to live with the Covid-19 virus. As a result, Varma said most sectors of the economy are now able to function with minimal risk to employees and customers. "This reduces the downside risks to economic growth," he observed.

Inflation: On high inflation, Varma pointed out that a few months ago, CPI inflation had breached the upper tolerance band of 6 per cent, but more recently, CPI has been well within the band. According to him, the worry is that inflation is not coming down to the 4 per cent target, and there is a risk of it stabilising at 5 per cent instead for too long a period.

"The rise in core inflation as well as WPI inflation suggest that CPI inflation may stay elevated well into 2022-23.”

Retail inflation inched up to a three-month high of 4.91 per cent in November, mainly due to an uptick in food prices, while the wholesale price-based inflation surged to more than a decade high of 14.23 per cent mainly due to hardening of prices of mineral oils, basic metals, crude petroleum and natural gas.

Arvind Panagariya (former Vice Chairman, NITI Aayog) is also optimistic. “I remain optimistic that we will do very well in the coming year. The forecast for our current fiscal year 2021-2022 has been in the range of 9-10%. Those will be realised. We still do not have the numbers for this second half of this year as the year is not over yet but numbers now look good. The second quarter of the current fiscal year was already above the pre-Covid level and the growth rate was about 8.5%. All signs are positive for the year 2022-2023, which is really most of the year 2022. I think we will get past 8% and this is now overdue for many reasons but most of all, the fact is a lot of reforms’ payoffs have not been fully reaped but it has started to happen. The second thing is that on the financial markets front, the economy looks a little more robust now. The balance sheets of both corporations and banks look in a lot better condition and so the outlook is very positive. Going forward we would see 8% plus growth.”

A historical perspective of the economy: decade of 2010-2020

In view of conflicting views on the trajectory of the economy, it is well to recall the not too distant past.

Mohan Guruswamy (Chairman & Founder, Centre for Policy Alternatives) writes about the decade of 2010-2020. “India’s real gross domestic product (GDP) growth was at its peak in March 2010 when it scaled 13.3 per cent. The nominal GDP at that point was over 16.1 per cent. The nominal GDP in September 2019 was at 6.3 per cent, the lowest in the decade. Since then, the downward trend is evident and we are now scraping the bottom at about a real GDP growth rate of 4.5 per cent, this too with the push of an arguably inflationary methodology.”

Change in structural growth:  The decline in the growth promise, writes Guruswamy “is amply evident from the change in the make-up of the economy during this decade. In 2010, agriculture contributed 17.5 per cent of GDP, while industry contributed 30.2 per cent and services 45.4 per cent. In 2019, that has become 15.6 per cent, 26.5 per cent and 48.5 per cent respectively…….