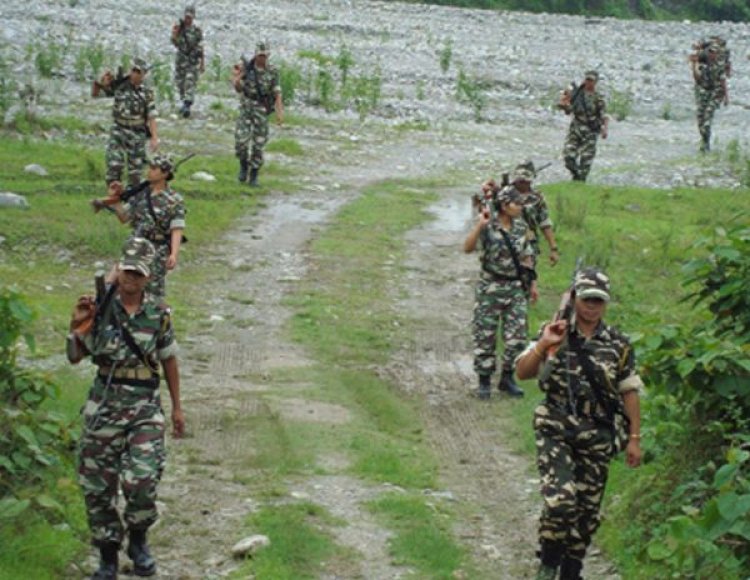 Insurgency in the north east has ebbed in recent times with militants / insurgents surrendering to the state. Replying to a question in Parliament on November 26, 2014, the then Minister of State for Home Kiren Rijiju said that 8,119 insurgents of various groups had surrendered before the authorities between 2005 and 2014, the largest — 3,819 — among them being from Assam, while 1,365 surrendered in Tripura and 1,341 in Manipur.

Surrenders in Assam: In January this year, 246 insurgents surrendered in Guwahati,  Assam with weapons. Of them, 77 were from the little-known Tiwa Liberation Army, while the rest were from the United Gorkha People’s Organisation. At this surrender ceremony, Assam Chief Minister Himanta Biswa Sarma presented cheques for Rs 1.5 lakh each to 462 former militants who had surrendered earlier on various occasions. Among them were 303 insurgents of the National Liberation Front of Bengalis, 61 of Adivasi Dragon Fighters, 41 of National Santhal Liberation Front, 29 of the United People’s Revolutionary Front and 28 of the Rabha National Liberation Front.

Until about a decade ago, writes Nathanael, “almost 50 insurgent groups were active in Manipur with almost every tribe having an insurgent outfit and the Kuki National Organisation playing the role of an umbrella organisation for 17 splinter groups of the Kuki tribe and seven others under the United People’s Front, also of Kuki tribals.”

Thirty Kuki insurgent groups are under the Suspension of Operations (known as SoO in military parlance) pact that was signed between the Centre, the state and the insurgent groups on August 22, 2008. “Residing in their designated camps, they are known to indulge in extortion and other anti-social activities as they are not paid their promised stipend regularly, which at times stretches to over two years. There has not been any significant progress in the talks between the Centre and the insurgent groups though AB Mathur was appointed interlocutor over four years ago. The Kuki groups nurture a grouse that the peace talks with the Naga insurgent group, the National Socialist Council of Nagaland (Isaac-Muivah) is being given greater importance.”

Need to accelerate the peace talks

With thousands of insurgents having surrendered in the Northeast over the past decade, Nathanael suggests “there is a need to accelerate the peace talks with some outfits that are overground and also those that are yet to give up their armed struggle.”

Surrender and rehabilitation scheme: Under the surrender and rehabilitation scheme of the Central Government that was revised in March 2018, all surrendered insurgents are entitled to get a fixed deposit amount of Rs 4 lakh which they may use as collateral security against bank loan for self-employment, another Rs 6,000 per month as stipend for three years apart from free boarding and lodging at designated rehabilitation camps run by non-government organisations. They would also be provided free vocational training for gainful employment. For the weapons surrendered, they would get additional incentive amount which would vary according to the type of arms and explosives surrendered.

The key however, is rehabilitation of former militants and integrating them in the mainstream.

Taliban in Kabul: Medievalism in The Heart of Asia

A SPY IN MY PHONE