Outcome of Assembly Elections: Round up of States 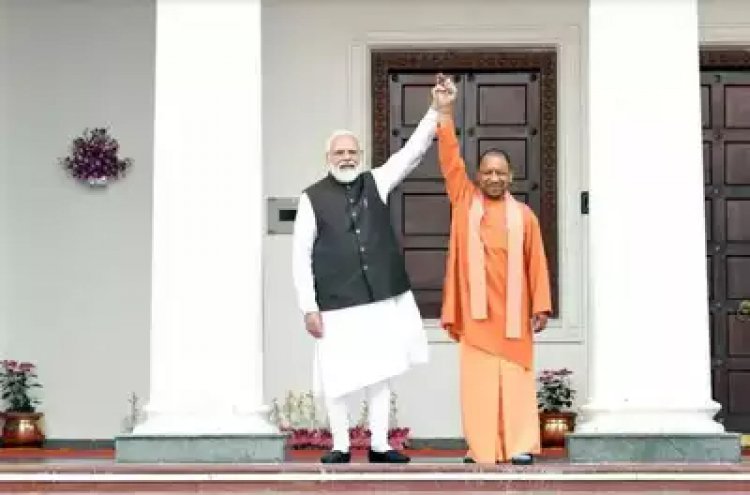 The BJP won 253 seats in a house of 413, in a deeply bipolar contest though with a reduced tally from their 2017 score of 312 seats. The Samajwadi Party (SP) a distant runner-up with 113 seats, lost the fight even though it registered an improved vote share of nearly ten percentage points and an increase in its tally by 66 seats.

Chief Minister Yogi Adityanath, who is the first Chief Minister to return to power in the State, called it a defeat for the politics of  casteist and nepotism. There were numerous against the Yogi government including the high rate of unemployment, mishandling of the COVID pandemic, and disregard for the farmers with the Centre’s three infamous farm laws.  His rival, SP chief Akhilesh Yadav’s election rallies were also well attended. But all his efforts fell short.

Direct battle between BJP and SP:  A point to note was that unlike the three-cornered contests in the past, this time, it was a direct battle between BJP and SP relegating other parties to the margins. The BSP (Bahujan Samaj Party) which is said to have a 20% captive vote bank of Dalits got only a single seat — a huge fall from its 2017 tally of 19. Its vote share also fell from 22.23% to a little over 12%. The Congress which had got 6.25% votes in 2017 is down to 2.4%. It managed to win only two seats, five short of its 2017 tally.

Significantly, unlike past CMs appointed from Delhi, Adityanath was not subservient to Delhi’s diktat.  For example, Delhi’s efforts to have a former Gujarat bureaucrat, Arvind Sharma, a Modi favourite, inducted in the UP cabinet after Sharma was elected a member of the UP legislative council, failed. Adityanath refused to have him.

India - China: ‘Setbacks’ in India-China Relations do not serve the Interests of...

India - China: Preparedness along LAC not impacted by Russia Sanction

BJP Invincible Today, but Politics is a Dynamic Process

‘India’s Path to Power: Strategy in a World Adrift’