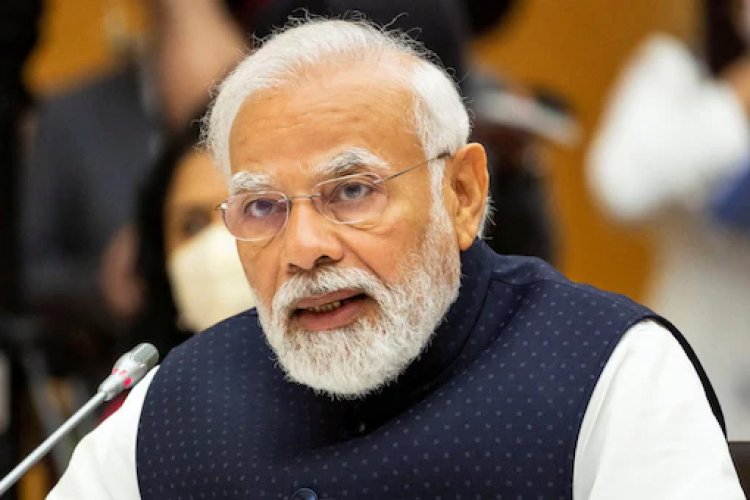 India's navy will induct its first ever indigenously built aircraft carrier, a platform for power projection globally, on Sep. 2 at Kochi in the Southern province of Kerala abutting the Arabian Sea. Prime Minister Narendra Modi will do the honours, in the presence of the naval top brass including Chief of Naval Staff Admiral R. Hari Kumar.

This information was given to the media at a press interaction by Indian Navy's vice chief Vice Admiral Satish N. Ghormade on Aug. 25. "Sep. 2nd will mark the historical milestone of realisation of the nation's commitment towards 'AatmaNirbharta', a landmark date for the Indian Navy and the entire nation with the commissioning of first Indigenous Aircraft Carrier (IAC) 'Vikrant' ," Admiral Ghormade said. "(The) Prime Minister would be the chief guest on this momentous occasion."

Vikrant is the largest warship to have ever been built in India. It is also the first indigenously designed and built Aircraft Carrier for the Indian Navy. Designed by the Warship Design Bureau (WDB), Indian Navy's in-house organisation and built by staste-run Cochin Shipyard Limited (CSL) of the Ministry of Ports, Shipping & Waterways, the Indigenous Aircraft Carrier (IAC) is christened after the illustrious predecessor, India's first Aircraft Carrier, which played a vital role in the 1971 war.

'Vikrant' means victorious and gallant, and the foundation for prestigious IAC was firmly established in April 2005 by ceremonial steel cutting. In order to push the indigenisation drive, the warship grade steel required for construction of IAC was successfully indigenised through Steel Authority of India Limited (SAIL) in collaboration with Defence Research and Development Laboratory (DRDL) and Indian Navy.

The hull fabrication was progressed thereafter and the ship's keel was laid in Feb 2009. The first phase of ship construction was completed with successful launch of the ship in Aug. 2013. The 262-metre long and 62-metre wide 'Vikrant' displaces approximately 43,000 tons, when fully loaded, having a maximum designed speed of 28 Knots with endurance of 7,500 nautical miles.

The ship has around 2,200 compartments, designed for a crew of around 1,600 that include specialised cabins to accommodate women officers and sailors. The carrier is designed with a very high degree of automation for machinery operations, ship navigation and survivability. The carrier is equipped with the latest state of the art equipment and systems.

The ship would be capable of operating air wing consisting of 30 aircraft comprising of MiG-29K fighter jets, Kamov-31, MH-60R multi-role helicopters, in addition to indigenously manufactured Advanced Light Helicopters (ALH) and Light Combat Aircraft (LCA-Navy). Using a novel aircraft-operation mode known as 'Short Take Off But Arrested Recovery' (STOBAR), the IAC is equipped with a ski-jump for launching aircraft, and a set of three 'arrester wires' for their recovery onboard.

Inspite of COVID-related imponderables and restrictions, adversely affecting availability of Original Equipmnet Manufacturers and supply chain, readiness of ship's propulsion and power generation equipment and systems in harbour was tested as part of Basin Trials in Nov. 2020. 'Vikrant' has successfully completed multiple phases of Sea Trials from Aug. 2021 to till date, where the ship's performance, including response of ship's hull to various conditions of operations, manoeuvring trials, main propulsion, Power Generation and Distribution (PGD), ship's Navigation and Communication systems, endurance testing of propulsion machinery, electrical and electronic suites, deck machinery, lifesaving appliances, integrated trials of majority of equipment and systems and trials of other auxiliary equipment were ascertained and proved to the satisfaction of Indian Navy's trials team and ship's crew.

In line with the prevailing practices being followed by other advanced countries having experience of building Aircraft Carrier, the deck integration trials of fixed wing aircraft and exploitation of Aviation Facility Complex will be carried out post commissioning of the ship when the operational command & control of the ship including flight safety is with the Navy.

'Vikrant' has large number of indigenous equipment and machinery, involving major industrial houses in the country, namely, BEL, BHEL, GRSE, Keltron, Kirloskar, L&T, Wartsila India as well as over 100 MSMEs. The indigenisation efforts has also led to development of ancillary industries, besides generation of employment opportunities for 2,000 CSL personnel and about 13,000 employees in ancillary industries thus bolstering plough back effect on nation's economy.

A major spin off of building an Indigenous Aircraft Carrier is the development and production of indigenous warship grade steel for the ship through partnership between Navy, DRDO and SAIL, which has enabled the country to become self-sufficient with respect to warship steel. Indigenous content of the project is approximately 76 percent. The indigenous construction of Aircraft Carrier is a shining example in the Nation’s quest for 'Aatma Nirbhar Bharat' and 'Make in India' Initiative, the Indian Navy said in a statement.

With the commissioning of 'Vikrant', India would join the select group of nations having the niche capability to indigenously design and build an Aircraft Carrier, which will be a real testimony to the 'Make in India' thrust of Government of India.

Commissioning of 'Vikrant' would be a proud and landmark moment for the Nation showcasing our 'Aatma Nirbhar' credentials during 'Azadi ka Amrit Mahotsav', a true testament to the country's zeal and fervour in pursuing capability build up towards enhanced maritime security in the Indian Ocean Region and shall demonstrate Indian Navy’s unwavering commitment to contribute towards peace and stability in the region.

The induction and reincarnation of 'Vikrant' is thus not only another step towards strengthening our defence preparedness but also our humble tribute to the sacrifices made by our freedom fighters for the independence of the nation and our brave soldiers during the 1971 war.

Space: Private Sector is in The Game of Launches and Satellites

Rajnath Singh Invites US Defence Commpanies to Make In...