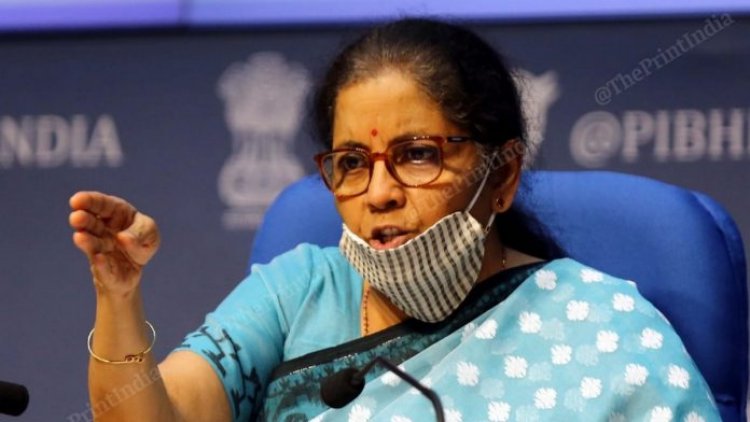 Finance Minister Nirmala Sitharaman has said that even if India witnesses negative or near zero growth this fiscal, it will be among the fastest-growing economies next fiscal. There are visible telltale signs of revival she said. Revival in demand along with the government's prioritisation of agriculture, infrastructure, and related sectors, and support to pension funds as well as sovereign funds will drive economic growth.

The finance minister further said that the highest level witnessed in manufacturing PMI since 2021 signalled economic recovery. She also highlighted the Foreign Direct Investment (FDI) inflow between April and August. "During this period, FDI inflows grew by around 13 per cent compared to a non-COVID 2019. Such an increase never happened in India's case," Sitharaman informed.

She expressed optimism that the unlocking of economy and onset of festive season will boost overall consumer demand.

Sitharaman's remarks come at a time when the International Monetary Fund (IMF) has pegged India's GDP to shrink 10.3% this fiscal year, following revision of its forecast of a 4.5% dip in June.

Revival of animal spirits  in September

In line with the Finance Minister’s statement, India’s economy picked up speed in September as a revival in demand and business activity helped drive India toward recovery from the pandemic-induced slump.

Five of the eight high-frequency indicators, including exports, tracked by Bloomberg News improved last month, while three were steady. That helped move the needle on a dial measuring the so-called ‘Animal Spirits’ to 5 from 4 in August -- a level arrived at by using the three-month weighted average to smooth out volatility in the single-month readings.

Business Activity: Activity in India’s dominant services sector continued to recover, with the main index rising to 49.8 in September from 41.8 in August. While that’s a marked improvement from April’s record low of 5.4, a number below 50 suggests it’s still in contraction territory and will probably be a drag on overall growth in the July-September quarter.

Manufacturing activity was a bright spot, with the purchasing managers index rising to 56.8 -- the highest reading since January 2012 -- on the back of a sharp expansion in new work orders, according to IHS Markit. This helped the composite index back into expansion territory -- at 54.6 -- after five months of contraction.

Exports: Exports returned to positive territory with shipments rising 6% in September from a year earlier. Farm exports and shipments of drugs and pharmaceuticals helped the recovery, with engineering goods and chemicals also adding to the rise. A contraction in imports moderated, resulting in a narrowing of the trade deficit.

Consumer Activity: Passenger vehicle sales, a key indicator of demand, rose 26.5% in September from a year ago. Retail sales too showed signs of stabilizing, even though it was nearly 70% below the year-ago level, according to ShopperTrak. That was mainly because consumer confidence remained in the dumps, an RBI survey showed, with respondents worried about jobs, loss of income and stubbornly high inflation.

Demand for loans also remained sluggish. Central bank data showed credit grew 5.2% in September from a year earlier, slightly lower than 5.5% in the previous month, and nearly half of the growth rates seen a year ago. Tighter liquidity conditions prevailed in September, although there were signs of slight easing toward the end of the month.

Output at infrastructure industries shrank 8.5% in August from a year ago and was slightly worse than the revised 8% decline in July. The sector, which makes up 40% of the industrial production index, had contracted by a record 37.9% in April. Both data are published with a one-month lag.

A contrary view: any recovery is going to be two-paced

“Any recovery is going to be two-paced. If the K-curve is to be believed, the middle class and the poor will slide further, accentuating inequality and poverty.”

The economist, Rathin Roy’s data show that the figure of 100 million Indians who spur consumption has remained static since the aftermath of the global financial crisis. “If consumption remains flaccid, where is the question of increased output and investment when capacity utilization in industry remains low at 55-65 per cent?