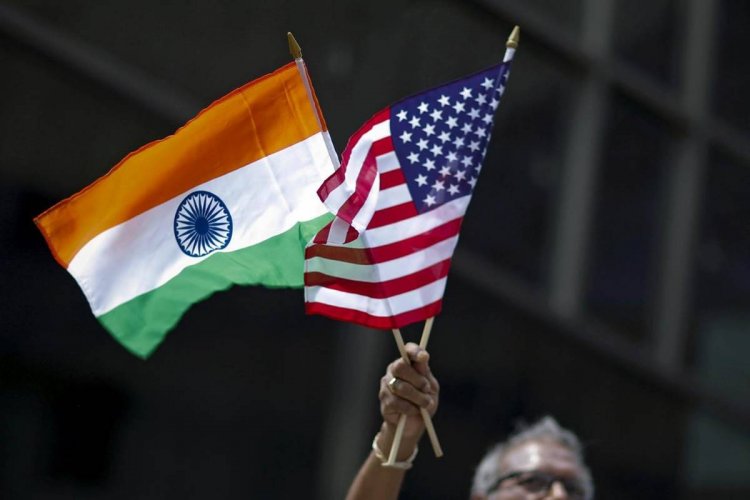 Nothing demonstrates the topsy-turvy nature of diplomatic relations than the dramatic transformation of Indo-American relations in the last half a century.

During the cold war between the two winners of World War II – the US and the now defunct USSR – india was on the side of the latter. As a result, Washington regarded India as an enemy since, in the words of the then hawkish secretary of state, John Foster Dulles, “if you are not with us, you are against us”. America’s friend at the time was India’s inveterate adversary, Pakistan, which was seen by the US as a frontline state in the “war” against the Soviet Union, as Russia was known then.

Now, there is a complete change of scene. However, one factor has remained constant – communism as the foe. As in the case of America’s conflict with the communist Soviet Union, the basis of its hostile confrontation with China is also communism.

Only Washington’s partner has changed. Instead of Pakistan, it is now India. Interestingly, Pakistan, too, has switched sides. Islamabad has now chosen China to compensate for the loss of the earlier alliance with America.

The line-up, therefore, is clear. It is again the “evil empire” of communism, to quote former US President Ronald Reagan on the Soviet Union, versus the “free world”, as the US used to describe  the countries aligned with it to mark them out as being different from the communist countries inside the Iron Curtain set up by the Soviet Union during the cold war.

Fortunately, the evil empire never directly clashed militarily with the free world although there were proxy wars, notably in Korea and Vietnam. Most people will hope that the rival combines today – the US and the Quad comprising the US, India, Japan and Australia on one side, and China on the other – will also never engage in a “hot” war.

But, arguably, it is to prevent such an eventuality that the US and India have decided to enter virtually into a formal military alliance. The BECA (Basic Exchange and Cooperation Agreement) is a step in this direction as it envisages the sharing, among other things, of high-end military technology and classified satellite data to lay the foundation of a strong strategic partnership.

The expectation apparently is that the firmness of the defence ties between the world’s oldest and largest democracies will douse China’s expansionist ambitions. Not surprisingly, China is not amused by this overtly antagonistic development on its doorstep. It has now repeated what India has always said about the futility of third-party intervention in sub-continental disputes as in Kashmir - that Sino-Indian relations are bilateral in nature and that the US has no locus standi in the matter.

Ironically, China’s mourning of India’s “unwise” abandonment of the “traditional diplomatic principles of non-alignment and moving closer to the US” echoes the customary views of the Indian communists (although they no longer utter these with the same fervour as before) and recalls the times when the Soviet Union was hailed as a natural ally of the non-aligned movement.

But, what China’s plaintive reaction shows is that it may be regretting its adventurism in the Himalayan heights of north India which has led to the consolidation of forces engaged in bolstering what Beijing describes as America’s “containment strategy” against China.

Beijing is also upset about US secretary of state Mike Pompeo’s and defence secretary Mark Esper’s direct criticism of China’s aggressive designs during their talks with their Indian counterparts in New Delhi. China cannot also be pleased about the American advice to India against any hesitation in confronting China.

Sun Tzu, the fifth century B.C. Chinese military strategist, said in his Art of War that “if fighting will not result in victory, then you must not fight”. China’s current predicament stems from the realization that it has little chance of winning even the limited wars it is fighting at the moment – neither in Ladakh, nor in Taiwan despite its threat to America about the consequence of its $ 2.4 billion military aid to Taiwan.

All that China can do is to thump its chest in an attempt to intimidate its adversaries, but, at the same time, expose itself as some kind of a paper dragon. Even the lesson it had learnt from the Soviet Union’s collapse – to bolster its economy – is coming unstuck as a result of its futile warmongering.

First, many of the companies which had invested in China is considering leaving as the war clouds gather as a result of the controversies ranging from its aggression against India and threats of aggression against Taiwan along with the mauling of Hong Kong’s democratic rights.

Secondly, the revival of the ancient Silk routes via the Belt and Road Initiative (BRI) to boost trade to China’s advantage is facing hurdles because of the unsettled conditions in the northern reaches of the Indian subcontinent and the South China Sea as well as the realization among some of the participating countries about the debt traps which the expensive BRI projects entail.

For India, the journey which started with the signing of the Indo-American nuclear deal in 2008 can be said to have reached its fruition with the BECA in 2020 when the two countries have truly become natural allies. Up until now, they had such a relationship so far as soft power was considered with  Hollywood, Bollywood and the Silicon valley playing their part in bringing the entertainers and IT professionals together.

Now the military bonding will ensure that no “empire” can cast an “evil” eye on the friendship of the two open societies. The ties which bind America and Europe because of their shared democratic values have now been extended to India as well via a resolve to checkmate China. Strangely, it was China’s inordinate ambition to dominate the regions around it by acting as the Middle Kingdom of the 21st century which has facilitated the Indo-American bonhomie.

Australia to be part of the Malabar Exercise: Implications