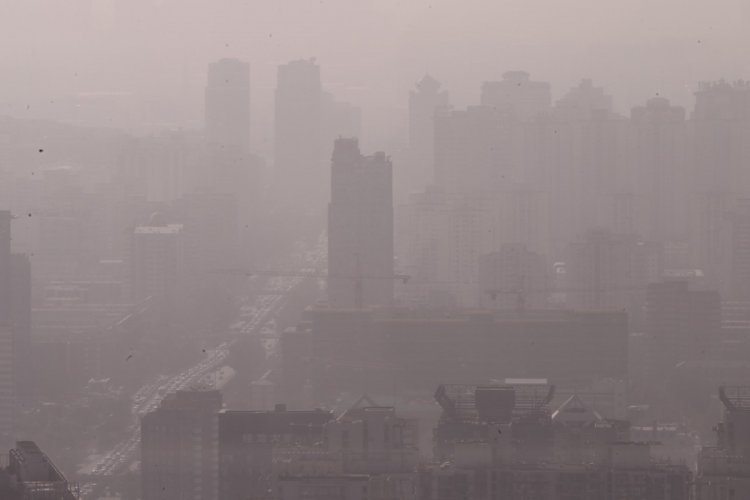 Amulya Ganguli In Life, as in war, it is inadvisable to begin something which cannot be concluded satisfactorily. The Chinese appear to be caught in this predicament of being unable to finish what they had started. When China built up a massive military presence in Ladakh, it presumably thought that it wouldn’t take long to redraw the Line of Actual Control (LAC) in keeping with its perception of the border which might not be India’s. But subsequent events have proved the Chinese wrong. It is

In Life, as in war, it is inadvisable to begin something which cannot be concluded satisfactorily. The Chinese appear to be caught in this predicament of being unable to finish what they had started.

When China built up a massive military presence in Ladakh, it presumably thought that it wouldn’t take long to redraw the Line of Actual Control (LAC) in keeping with its perception of the border which might not be India’s. But subsequent events have proved the Chinese wrong.

It is only years later that historians and military analysts will be able to figure out what persuaded the Chinese to switch from the cordial Wuhan spirit to a warlike situation without any provocation from India’s side. Were their domestic compulsions linked to the hidden internal dynamics of the Chinese communist party which forced the Xi Jinping regime to adopt an aggressive stance against an adversary which was presumed to be weak ?

Or, was the flexing of military muscles in the Himalayan heights a message to Japan, Vietnam and the Philippines to keep off the South China Sea ? And also to Taiwan so that it doesn’t get too close to America ?

Whatever the intention, it hasn’t been successfully conveyed to whoever for whom it was meant. Instead, India has shown that the supposedly mighty Chinese can be kept at bay. Notwithstanding reports about territories lost and gained in Ladakh, it is clear that the Chinese threat has been blunted. Now, there is no alternative for both sides but to hunker down in the snow during the winter.

Because of the differing presentations of the conditions on the battlefield, with the Chinese claiming that Indians have crossed into their territory and vice versa, it will not be easy to get the real picture. The so-called fog of war will hide the real situation until the final denouement. But the present opacity will not hinder political jousting.

China is in an advantageous position in this respect. As a one-party state, it has no voices other than that of the authorities although a few dissenters have been courageous enough to speak up. But they have been silenced as was Zu Zhangrun, a law professor at Tsinghua university, or Zhou Peiyi, a visiting lecturer from Hong kong, or Liang Yanping of Hubei university.

It may not be too far off the mark to see a similarity between these repressive tactics of Xi Jinping and those pursued during the Cultural Revolution in Mao Zedong’s time when academic were sent to the countryside to plough the land and “learn” from the people. Pol Pot, too, followed the same kind of policies in Cambodia since of all the people which the tyrants fear, the intellectuals top the list.

However, an essential requirement for a regime which keeps the lid on dissenters is that it must be economically and militarily successful. In their absence, the pressure inside the cooker of domestic politics can blow the lid off. As long as the Chinese economy was doing well, the rulers could afford to build up the country’s military strength and prepare to challenge the world.

But the coronavirus pandemic has not only upset such calculations, the belief that China had either purposefully suppressed the news of the initial outbreak, thereby endangering the entire world, or might have even bred the deadly virus, has made China such a pariah that the investors are looking for safer pastures. China also cannot look benignly on those who are considering India as a site for investment.

These are among the probable reasons for an autocracy to choose war, even a brief one, to bolster its morale and keep a restive population in check. But woe betide an authoritarian government if its adventurous foray appears to be floundering. As the Newsweek magazine has said, the People’s Liberation Army of China has “unexpectedly flopped” in Ladakh.

Chinese foreign minister Wang Yi’s visits to Italy, the Netherland, Norway, France and Germany in August can also be said to have flopped since nearly all his hosts raised the issues of human rights in Hong Kong and Xinjiang with Germany seeking a visit to the Uighur Muslim “camps” by a UN delegation and condemning the Chinese threat to a Czech politician who led a delegation to Taiwan.

In the aftermath of Wang Yi’s failed trip, China may have become more conscious about making its “case” credible. Hence, the observation in its newspaper, Global Times, that China “must make the international community see that China has worked hard via diplomatic or political means to resolve tensions before the war”.

Since war is apparently on the cards, China wants that the “first shot is fired by the other side, not China. The international community should be fully aware of this”. This eagerness to get the world on its side is a new tactic which is not in keeping with the arrogance, for instance, which China has displayed in South China Sea where it has ignored a world body’s negative diktat on its rights.

It is possible that this change of stance is due to the Chinese perception that, as of now, international opinion is in India’s favour. So, a waiting game is probably on, with China hoping to present India as the aggressor, which is the charge it has been repeatedly making.

But China’s boasts of having taught its neighbours a lesson, as in India in 1962 and Vietnam in 1979, make it difficult for it to convince the world of its peace-loving nature.