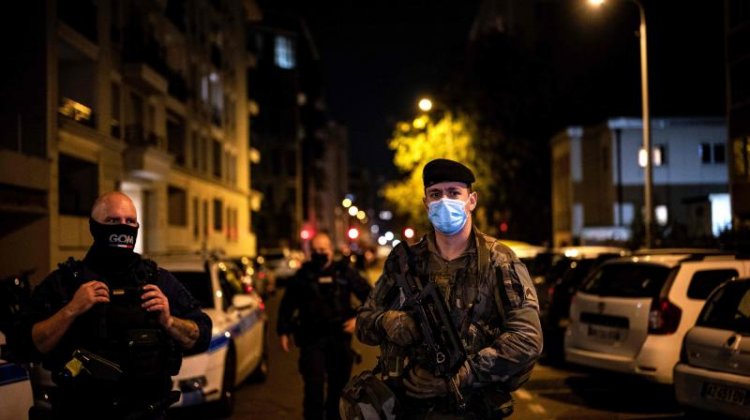 India has supported France, when few other countries openly stood by it after the two attacks on its citizens by Muslim extremists. There are obvious reasons for India’s support - key among them is the recent closeness in bilateral relations.

Pavan K. Varma (former diplomat and adviser to the Chief Minister of Bihar, Nitish Kumar; also former Member of Parliament) takes an overarching view,  from a perspective of India’s civilisation.

He writes “for India, both as a Republic where the Constitution expressly espouses religious harmony, and as a civilization that has completely rejected violence on religious grounds, radical and violent Islam is abhorrent. In fact, India’s civilisational history presents the best example of a plural society. Hinduism was never a proselytising religion; it did not conduct crusades. In ancient times, Hindu kings patronised both their own temples and Buddhist ‘viharas’ (monasteries). The Jews lived peaceably in India before they did anywhere else. Muslim traders from the Arab countries practiced their faith undisturbed in Kerala more than a thousand years ago. The Parsis came in the seventh century and the Christians in the fourth to harmoniously become a part of the national fabric………

“While supporting President Macron in his stand against the savage bigotry of certain fundamentalist Islamic groups, and renewing its commitment against all kinds of terrorism, India can and should strive to present to the world its own civilisational legacy of respect for all religions, and the ability of people of different faiths to live in harmony and peace. Our condemnation of what happened in France recently will resound even more globally when we ourselves reiterate and demonstrate afresh that India is the best example of a plural and tolerant society.”

Religion, politics and India’s place in the world

Another perspective is from  Mukul Kesavan (historian, novelist and political and social essayist). The tension between politics and religious community defines the contemporary nation state, he writes.  This is true not only of states that are openly majoritarian, like Israel or Pakistan, but even those that aren’t…. British politics, for example, is currently roiled by a row about anti-Semitism…….The politics of the Republican Party in the United States of America are shaped by the cultural and religious prejudices of Evangelical voters. Emmanuel Macron, France’s president, declared that the Republic was besieged by jihadist Islam…….China, a formally atheistic State, has made the erasure of the Uighurs, a small Muslim community in Xinjiang, a political project. Under Narendra Modi, a once performatively pluralist India has strained to become, in policy and in law, a Hindu ‘rashtra’ (nation), ideologically committed to discriminating against its minority citizens, particularly Muslims.

“In Britain, the US, France and China, religious difference is sharpened by racism. Anti-Semitism has always been religious bigotry with a racist edge………Hindutva is the exception to this rule: it is a pure assertion of communal hegemony, unalloyed by racism.”

But “it has become harder for Indians…to make these judgments with a straight face, given the subcontinental glass house we live in….”

This brings into spotlight a recent phenomenon in the Hindi heartland. Uttar Pradesh and Haryana propose to enact a law to curb what they call ‘love jihad’ has evoked severe criticism from liberals.

The reason for bringing in such a law seems to be that the “honour” of Hindu women is under threat from zealous Muslim youth seeking to win over girls from other communities for religious conversion in the name of love and marriage.

The immediate context is a recent Allahabad High Court judgment that frowned upon religious conversion solely for the purpose of marriage; and the horrible murder of a 20-year-old woman in Faridabad by a stalker who happened to be a Muslim. By no stretch of imagination, writes The Hindu  “can the murder be used to denounce consensual inter-faith relationships.”

Initiated by Uttar Pradesh Chief Minister Yogi Adityanath, “the detestable idea amounts to legitimising a term that constitutes a blatant slur against inter-faith marriages and relationships in which one of the parties is a Muslim man.

“The flaws in the concept are quite obvious: there is no legal sanction to self-serving and political terms such as ‘love jihad’ and there can be no legislation based on an extra-legal concept. In any case, legislative intervention in marriages involving consenting adults will be clearly unconstitutional. The domain of matrimony is occupied by separate laws governing weddings that take place under religious traditions, as well as the Special Marriages Act, which enables a secular marriage, including between couples from different faiths.”

Earlier this year, the Union Home Ministry made it clear that the term is not defined in law, while replying to a parliamentary question. Investigation into marriages that purportedly raised such a suspicion also failed to find any substance in the allegations.

NbN view: India is a country of rich heritage, of people from all religions and creed living in co-existence with each other.  It has a proud tradition that even invaders got assimilated in its liberal Hindu ethos.  All these characteristics were embodied in its constitution.  In present times, these are being questioned and not without justification. Therefore, in this context,  while it is a good sign for India to support France, India must also be mindful of the pitfalls of its own majoritarianism given its large Muslim population, most of whom do not subscribe to the ideology of fundamentalism.