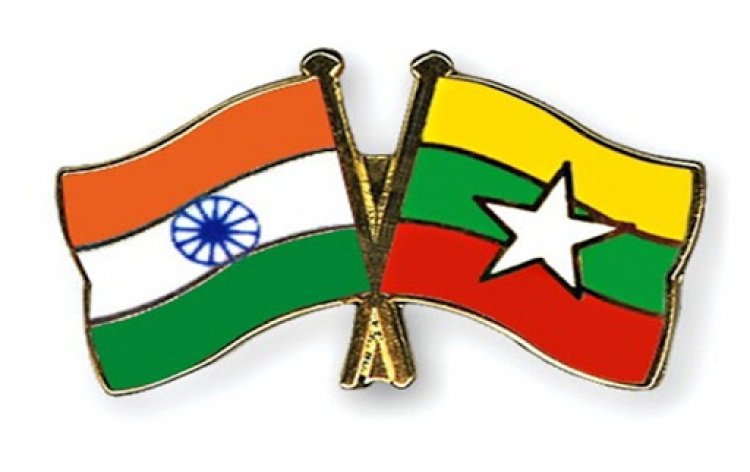 The military coup in Myanmar and the recent developments about the Quad, writes Lt Gen Prakash Menon (Director, Strategic Studies Programme, Takshashila Institution, Bangalore and former Military Adviser, National Security Council Secretariat) “could portend the intensification of a geopolitical struggle that was unleashed when Xi Jinping announced China’s Belt and Road Initiative in 2013…..Two of its oceanic prongs were the China-Pakistan Economic Corridor that stretched from Xinjiang to Gwadar in Pakistan, and the China-Myanmar Economic Corridor that connected Kunming in Yunnan Province to the ocean outlet in the coastal Rakhine State at Kyaukpyu in the Bay of Bengal.”

In 2018, China signed an MoU with Aung San Suu Kyi’s government to establish the China-Myanmar Economic Corridor (CMEC). It is envisaged as a 1,700 kilometre-long, Y-shaped corridor connecting Kunming, the capital of China’s Yunnan Province, with major economic centres that include Mandalay in central Myanmar from where one branch goes south to Yangon and another branch south-west to the ocean outlet at Kyaukpyu, which is to be developed as a major port and a special economic zone (SEZ).

In fact, China’s infrastructure activity in Myanmar predates the Belt and Road Initiative (BRI). In 2013, two oil and gas pipelines were commissioned between Kunming and Kyaukpyu. This project brought economic benefit to Myanmar and provided an alternative route for China’s energy import. The construction of the pipelines had to confront the resistance from armed insurgent groups in the Kachin State that borders China in north Myanmar and also against the acquisition of agricultural land around Kyaukpyu in the Rakhine State on the coast.  Chinese infrastructure projects in Myanmar have  thus, “always required the continued use of force by the Tatmadaw…..”

China can therefore, writes Menon “be expected to support the throttling of democracy so that it can leverage the opportunity from the Tatmadaw’s increasing dependency on Beijing and use its economic clout to exploit Myanmar geostrategically to further its interests in the context of the larger global geopolitical struggle. ……”

In the circumstance, “India has extremely important stakes to protect and seems to be politically ambivalent and strategically cautious after the coup. The official reaction to the coup emphasised New Delhi’s support for democracy. The Indian Foreign Secretary spoke of balanced outcomes and recognising the sensitivities of all concerned. What is left unsaid is that the people of Myanmar cannot expect any meaningful support in their fight against Tatmadaw from India. This is understandable because the ghosts of the previous Indian reaction, following the last coup in 1988, in support of democracy and its aftermath, have probably necessitated caution.”

And “for the recently revived Quad and especially for India, dealing effectively with the situation in Myanmar will be a challenge. Catalysing partners from outside the Quad have to confront the economic clout of China…..The moot point for India, which has the highest stake, is whether it can count on the Quad whose other members have lesser stakes. Importantly, India should ideally prepare itself for the feasible and extendable means of support to the cause of democracy, in case the Quad does not measure up to its expectations.”

There are also domestic issues for India. One of them was flagged by Mizoram chief minister Zoramthanga. India and Myanmar share a 1,600-km long border and Mizoram alone has a 500-km long exposure to Myanmar along the Chin state. Alleging atrocities by the junta, some 500 people have crossed over into Mizoram seeking refuge. Mizoram and the Chin state have shared ethnicities. India wants to deport these people, and has closed the border. However, reports The Indian Express, Zoramthanga has held a virtual meeting with Zin Mar Aung, the “foreign minister” of the National League for Democracy’s government-in-exile, in which he expressed solidarity with the people of Myanmar.

India is not a signatory to the 1951 Refugee Convention. It does not have its own asylum policy, “and is uneven in its treatment of people seeking refuge. Over the years, Tamils, Tibetans and Afghans have been welcomed. But with no toolkit to distinguish political or humanitarian refugees from economic migrants, the government has started to discriminate between refuge seekers along religious lines….”

For now, suggests the paper, “Delhi needs to listen to the urgent voices from Mizoram. True, India has much at stake in Myanmar, in security and strategic terms. But if the Northeast is key to India’s Look East policy, the Centre cannot afford to simply brush aside the concerns of a chief minister of an important border state. If the situation in Myanmar does not improve, what is happening today in Mizoram, could well spread to Manipur and the other states as well.”