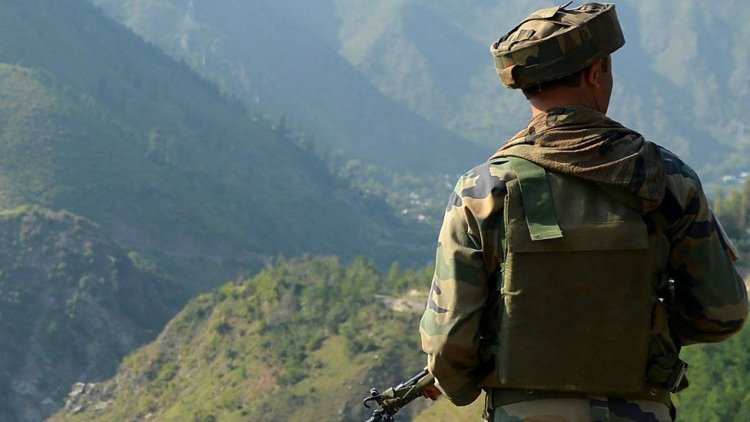 India - Pakistan: The most intense Exchanges of Fire

The Line of Control (LoC), the border between India and Pakistan, is once again on the boil with some of the most intense exchanges of fire. There have been military and civilian casualties on both sides.   The violations continue to be called cease-fire violations, although the cease-fire of November 2003 has ceased to exist for the last six years or so. There have been fatal casualties of soldiers and, for the first time at the Kashmir LoC segment after 2003, of civilians.

India had summoned the Charge d’Affaires of the Pakistan High Commission  to lodge a strong protest against the ceasefire violation along the Line of Control (LoC) that resulted in the loss of lives of several citizens on November 13. India accused  Pakistan of firing as a way of providing cover for terrorists infiltrating into India before the winter snow closes the passes and underground routes.

Army officials claim 2020 has seen the highest levels of firing since the 2003 India-Pakistan ceasefire agreement, with a record number of 4,052 ceasefire violations by Pakistan since January.

Raising temperatures further, Prime Minister Modi warned of a ‘fierce reply’  to Pakistan, and criticised China’s ‘expansionist mindset’, albeit without naming either neighbour. Hours later, Pakistan Prime Minister Imran Khan tweeted that there should be “no doubt” of Pakistan’s ability and ‘national resolve’ to defend its borders. In a press conference, Pakistan’s Foreign Minister Shah Mahmood Qureshi claimed to have a ‘dossier’ on Indian involvement in terror attacks inside Pakistan that he said primarily targeted China-Pakistan Economic Corridor (CPEC) infrastructure projects.

India termed the press conference as a “desperate attempt” to divert attention from internal problems.

Official spokesperson of the Ministry of External Affairs Anurag Srivastava reiterated India’s allegation against Pakistani involvement in sponsoring cross-border terrorism and reminded that Pakistan’s Science and Technology Minister Fawad Chaudhary had recently claimed the Pulwama attack was a “success of Pakistan”.

Stating that the  present situation at the LoC must be taken seriously, The Hindu writes “Pakistan’s intentions are to provoke India ahead of its two-year term at the UN Security Council from January 2021, as well as to rake up trouble before the Financial Action Task Force review in February. By naming the CPEC, Pakistan also appears to want to further strain India-China relations…….Studied with the escalation by Pakistan at this time, it should be evident that India’s threat matrix includes the very real possibility of a two-front situation where the Army will be engaged at the LoC and the LAC simultaneously, along with a possible spike in terrorist activity in Jammu and Kashmir.”

The firing along the border is to give cover for terrorists to infiltrate into Kashmir.  This is expected at this seasonal moment, writes Syed Ata Hasnain (former corps commander of the Srinagar-based 15 Corps, is chancellor, Central University of Kashmir).  “It is also usual to have losses from time to time due to the very nature of operations and so we tend to relegate the significance of these events. However, the context and history are relevant.

“Importantly, this calendar year has had an assessed strength of just 26-30 infiltrators confirmed to have entered into Kashmir. Compare this to the 2,000 or more that used to enter every year, 20 years ago…..”  This year has also been  successful “in terms of the number of terrorists neutralised in the hinterland, almost 200 of them. The number of young locals getting recruited into ‘tanzeems’ (Islamic organisation that advocates the implementation of the Quran and Sunnah) has witnessed a decrease, especially after funerals of even local terrorists were disallowed by the police; these had been the source of inspiration to many young Kashmiris.

“The leadership, too, is virtually non-existent with many areas being served by rookie local terrorists. With terrorist strength reduced due to failed infiltration and poor recruitment, networks that support terror under strain with their finances stretched, the challenge for the separatists and their sponsors is intense. It is the LoC to which the target of the Pakistani frustration and ire has shifted. The number of CFVs has gone up from 3,168 in 2019 to 4,052 in 2020, of which 394 occurred in October and 128 in November………

“It is true that with the quantum and quality of terrorists in the Valley, the campaign by Pakistan to keep optimally high levels of turbulence in place isn’t going to last long. In 1990-91, it had faced a similar quandary when the local resistance started to peter out at the start of the campaign. Then the Afghan and other foreign mujahideen were brought in, comfortably infiltrating through the sparsely manned LoC. That phase lasted till 1996 when the pipeline of foreign terrorists ran dry.

“Today, things are different. There are no foreign mujahideen available; the launch pads have only some Pakistani fighters…….”

However, “these are complex times, especially with the changed contours of international geopolitics, a new leadership at the helm in the US and China’s renewed ambitions. India’s role in the emerging world order is likely to be of much significance, which China would like to see diluted; Pakistan is a partner in achieving that intent. The way to achieving this lies through J&K and Ladakh.

“Advantage gained by India in either of the standoffs with China or with Pakistan will go far in enhancing its international role, its worth for the US and its allies, and its future standing. India is not complacent in its pursuit of strategic affairs but the ability to wade through complexity will pose the biggest challenge. Each shot fired on the LoC and each proposal on the LAC will mean several other dots have to be joined. A larger consultative approach under these circumstances is the way forward.”