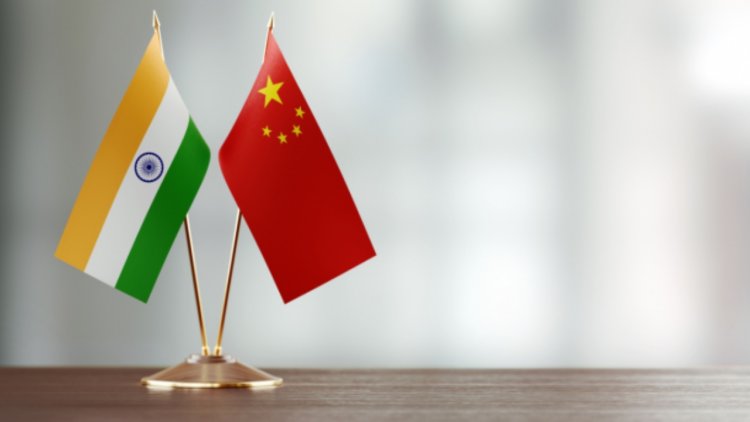 After Nancy Pelosi’s visit to Taiwan, many nations are joining hands to support Taiwan.  India has called on all sides to exercise restraint, de-escalate tensions, avoid unilateral actions to change status quo and maintain peace and stability in the region. As is customary, India did not accuse or support either side.

Sun Weidong, the Chinese ambassador to Delhi has stated, “My understanding is that India’s ‘One China’ policy has not changed…We hope that India can reiterate support for the One China principle.” The Chinese embassy’s Delhi spokesperson, Wang Xiaojian reiterated, “India was one of the first countries to recognise that there is only one China. The Chinese side is willing to push forward the development of our relations on the basis of the one-China principle.”

India did not take the bait, its spokesperson mentioning “India’s relevant policies are well-known and consistent. They do not require reiteration.” For China this was a vague statement, writes Harsha Kakar (strategic analyst and columnist).

India’s One China policy: must exploit its diplomatic weight

Adhering to its One China policy was understandable for India when India-China relations were stable, states Kakar.  “Delhi is aware that, any deviation or even a hint of deviation from this policy has an immense psychological impact on China, especially since India hosts the Dalai Lama and the Tibetan government in exile. Since the Ladakh standoff, India has hinted towards diplomatic conflict. Having moved closer to the West, and becoming a member of QUAD, aimed at containing Chinese influence, India will not bow to Chinese demands.”

Thus “by refusing to reiterate its One China policy, providing support to the Dalai Lama during his visit to Ladakh as also the PM wishing him on his birthday, India is challenging China’s core beliefs.” The planned conduct of Indo-US exercises in Auli, close to “the LAC, despite Chinese objections, further conveys Indian intent. In case China bends and accepts the April 2020 status quo, India could revert to its earlier stance. The message must go that unless China adopts a One India policy and normalizes the LAC, India will not reiterate its one China policy. India is no longer a pushover, despite possessing a weaker economy and a lower defence budget. It has diplomatic weight, and it must exploit it.”

India needs to be careful of China’s dual approach

India’s intent notwithstanding, China wants good ties but it envisages an India with a subordinate status, according to Manoj Joshi (Distinguished Fellow, Observer Research Foundation).

China sees logic in this approach since, at the global level, despite slowdown in its economy, the general assessment is that it will have more resources to compete militarily with the United States over the next 10 years than it has had over the last 20.’ It will therefore, continue to be dangerous.  Under Xi Jinping, China has ratcheted up the use of Chinese power. To coerce India, Joshi says  it  has amassed  forces in Tibet and altered the Line of Actual Control.

Indo-Pacific strategy: The Western response to China’s aggressiveness is the Indo-Pacific strategy. “This includes a quadrilateral grouping, of which India is a part, and which is aimed at shaping a network of democratic countries in the Indo-Pacific in economic, social and political spheres. Linked to this is the formation of the Australia, UK and US (AUKUS) alliance aimed at shoring up the military power ranged against China in the western Pacific. Meanwhile, through the Pacific Deterrence Initiative (PDI), the US is reorganising and revamping its own forces, just as the Japanese are. More recently, Washington has come out with the Indo-Pacific Economic Framework (IPEF), of which India is also a member. It is a flexible programme to tackle issues relating to infrastructure, supply chain resilience, clean energy and digital trade.”

India has signed up to Quad and IPEF to balance China.  But its “approach so far has been incremental and cautious, as manifested by the somewhat belated Indian critique last week of China for militarising the Taiwan straits.

Opportunities and dangers: “The overall situation offers opportunities, but also comes with dangers for India. Quad’s growing agenda of health cooperation beyond Covid, supply chain resilience, emerging technologies and their standards, maritime domain awareness can be an economic game changer for India.

“Yet, there is need to be careful in dealing with an assertive and powerful China. Formally, the Chinese insist that they want good relations with New Delhi and want it to be a part of their vision for Asia. Practically, however, they envisage an India with a subordinate status. Many of these issues will play out in Xi Jinping’s third term, and, possibly a fourth term till 2037.'

Case for India Not to Join NATO

G-7 Summit: India aligns with the West on China

India - US: How India sits with US Priorities

India - ASEAN Conclave:  Agree to Work towards a Comprehensive...