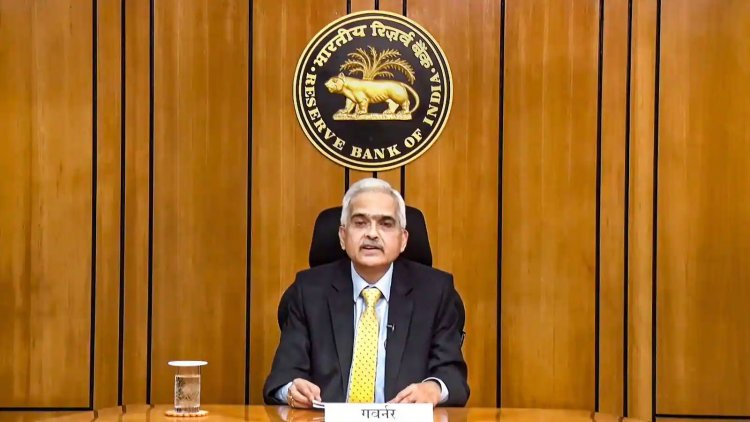 At the end of its three day meeting last week, the Reserve Bank of India (RBI) Governor Wednesday announced that the Monetary Policy Committee (MPC) voted unanimously to hike the benchmark interest rate by 50 bps with immediate effect. The RBI also left its FY23 GDP growth forecast unchanged at 7.2%.

The RBI saw inflation higher at 6.7% for the current fiscal year from 5.7% projected earlier, while retaining gross domestic product (GDP) growth at 7.2% for 2022-23.

Under Indian laws, if inflation hovers above 6% for three straight quarters, the RBI must explain to the government the reasons for failing to meet its inflation target and recommend remedial actions.

The aggressive stance of the RBI on increasing repo rate comes amid a grim prognosis of geo-political uncertainties over the grinding war in Ukraine, continuing supply-chain disruptions, and rising energy and food prices. Consumer prices accelerated to an eight-year high of nearly 7.8% in April, according to official data.

The MPC sees clear risks from runaway prices to the economy. “The Ukraine war has led to globalisation of inflation,” RBI Governor Shaktikanta Das said. Emerging economies, such as India, were facing “bigger challenges” because of shifting monetary policies of advanced economies, which were impacting markets, he added. The MPC noted that inflation risk has intensified further.

Inflation to average 6.8 per cent this fiscal: In his analysis, Dharmakirti Joshi  (Chief Economist at CRISIL) expects “inflation to average 6.8 per cent this fiscal. The risks to the forecast are still tilted upwards as all the key components of CPI — food, fuel and core — show no signs of relenting. The pressure on food inflation has increased owing to the impact of the freak heatwave on wheat, tomatoes and mangoes, which is driving prices higher. This is on top of rising input costs for agricultural production, the global surge in food prices and the expected sharper than usual rise in minimum support price. Fuel inflation will remain high, duty cuts notwithstanding, as global crude prices remain volatile at elevated levels.” The future concern is that services inflation is likely to rise further.

Fiscal measures: Not all aspects of supply-driven inflation can be addressed via monetary policy. So the authorities are complementing monetary policy actions by using the limited fiscal space to cut duties and extend subsidies to the vulnerable. Despite these measures, consumer inflation is unlikely to print below 6 per cent (upper band of the RBI’s target range) before the last quarter of this fiscal year which incidentally is the RBI’s projection as well.

The RBI retained its GDP growth forecast at 7.2 for the current fiscal but cautioned against negative spillovers of geopolitical tensions and a slowdown in the global economy.

Governor Das said the available information for April and May 2022 indicates that the recovery in domestic economic activity remains firm, with growth impulses getting increasingly broad-based.

Governor Das stated that an increase in contact-intensive services is expected to lead the urban consumption. The rural demand is likely to improve gradually with an improvement in the agricultural sector and the likelihood of a normal southwest monsoon season.

"Looking ahead, real GDP is expected to broadly evolve on the lines of the April 2022 MPC resolution. The forecast of normal south-west monsoon should boost ‘kharif’ (monsoon crops) sowing and agricultural output.

"This will support rural consumption. The rebound in contact-intensive services is expected to sustain urban consumption," he said.

Nevertheless, Das noted that the negative spillovers from geopolitical tensions; elevated international commodity prices; rising input costs; tightening of global financial conditions; and a slowdown in the world economy continue to weigh on the outlook.

The governor further said experience teaches that preserving price stability is the best guarantee to ensure lasting growth and prosperity.

GDP projections by global agencies: The World Bank had recently revised its economic growth estimate for the second time to 7.5% from 8% for FY23.

The International Monetary Fund (IMF) had lowered its economic predictions for India, stating that it expects the country's growth rate to be approximately 8.2% instead of the previously predicted 9%. Following the suit, the Asian Development Bank (ADB) had also predicted the growth to fall to 7.5%.

Lowering their expectations by a few percentage points due to high crude oil prices, the RBI in April had cut the forecast to 7.2% from 7.8%.

However, the government has been trying to enhance the economic activity of the country by proposing to increase capital expenditure by 35.4% to Rs 7.5 lakh crore or 2.9% of the GDP .

Finance minister Nirmala Sitharaman also said that the economic growth will be supported by investment in public funds along with a push for business investment, imparting momentum to the economy based on the concept of growth at both a macro and micro level which complements each other.

The two successive rate hikes point to a clear withdrawal of the RBI’s accommodative policies to fuel growth. The central bank slashed the repo rate in March 2020 to push nascent economic recovery after the impact of the Covid pandemic.

The RBI kept two benchmark economy wide interest rates unchanged at record lows for almost two years before increasing them on May 4, 2022, a signal that the central bank at the time continued to prioritise growth recovery despite inflationary winds sweeping the world.

These rates are key to boosting credit and investments by businesses. The MPC’s review of the economy is critical for markets and general business sentiment.

The forecast of a normal monsoon will help to ease inflation concerns, the RBI governor said, adding that the repo rate still remained below pre-pandemic levels.

Addressing a press conference, RBI Governor Shaktikanta Das said future policy actions by the central bank will be guided by the evolving conditions.

On accommodative stance: The  governor said the RBI has changed the policy stance to drop the phrase "remains accommodative", and instead opted for "withdrawal of accommodation" for guiding its future moves.

Confident on containing inflation: At a time when the RBI upped its inflation expectation to 6.7 per cent, the governor said he is confident that the actions being taken by the central bank will help reduce inflation and also inflationary expectations among the people. He assured that the RBI does not want to take any abrupt or rough action that will be detrimental to inflation and the markets.

RBI governor Shaktikanta Das’s acknowledgement  that 75% of the increase in the latest inflation forecast is due to food,  says Swaminathan S. Anklesaria Aiyar (economist, journalist, and columnist; consulting editor for the Economic Times)  “merits the question -- will the interest rate hike slam the brakes on rising inflation as it is mostly driven by food and fuel?

"In India in particular, everybody knows that if you raise interest rates, it cools inflation by slowing down the economy and saying demand is going down but if the particular inflationary shock has been caused by things like food and fuel, those are not highly sensitive to interest rates. Economic growth may be a little more sensitive than food and fuel."

Aiyar says that the aim of raising interest rates is to slow down the economy and it would be naïve to think that growth won't be affected.

Moves like the recent tax cuts by the government have a more immediate impact on cooling of prices of food and fuel.  "There are different arrows in the government’s quiver for solving inflation like changes in duty structure or changes in the import export policy," Aiyar says.