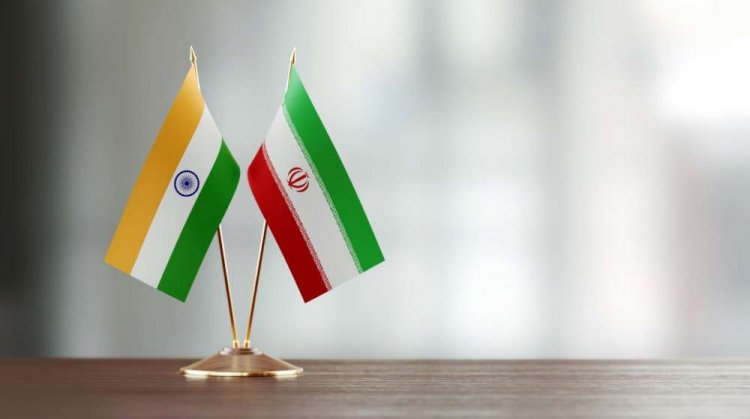 The Iranian foreign minister, who was on a three-day visit to India, also called on Prime Minister Narendra Modi.

It is the first visit to India by a senior minister of a member nation of the Organisation of Islamic Cooperation after the controversial remarks triggered anguish in the Arab World.

Abdollahian's visit to India came days after Iran joined Kuwait and Qatar in summoning the Indian ambassadors over the remarks against Prophet Mohammad by Nupur Sharma and Naveen Jindal.

Iranian readout of the visit

Talks on controversial remarks on the Prophet: The Iranian readout of Abdollahian's talks with Doval said the foreign minister raised the issue of the controversy triggered by the comments on Prophet.  It said the NSA reaffirmed the Indian government's respect for the founder of Prophet Mohammad, saying offenders will be "dealt with in such a way that others will learn a lesson".

"Abdollahian hailed the Indian people and government for their respect for the divine faiths, especially the Prophet Mohammad and also for the religious tolerance, historical coexistence and friendship among followers of various religions in the country," the readout said.

It stated the Iranian foreign minister called for attention to the sensitivities of Muslims, adding he said "Muslims are satisfied with the stance of Indian officials in dealing with the culprits.”

Afghanistan: The situation in Afghanistan were among the key issues that figured in the talks Abdollahian had with External Affairs Minister S Jaishankar.

On Afghanistan, the two sides reaffirmed the importance of providing immediate humanitarian assistance to the Afghan people and reiterated the need for a representative and inclusive political system in support of a peaceful, secure and stable Afghanistan.

In its readout of the visit,  the MEA said the two ministers also discussed international and regional issues, including Afghanistan and reaffirmed the importance of providing immediate humanitarian assistance to the people of Afghanistan.

It said they also reiterated the need for a representative and inclusive political system in support of a peaceful, secure and stable Afghanistan.

The MEA said Jaishankar appreciated the role of Iran in facilitating India's medical assistance to Afghanistan, including supply of COVID-19 vaccines to Afghan nationals residing in Iran.

It was aimed at curbing Iran's nuclear ambitions. The US had withdrawn from the deal in May 2018 and reimposed sanctions on Iran. There have been fresh efforts now to restore the deal.

The two sides have been jointly focusing on improving connectivity between South East Asia and Central Asia.

Located in the Sistan-Balochistan province on the energy-rich Iran's southern coast, the Chabahar port is being developed by India, Iran and Afghanistan to boost connectivity and trade ties.

The Ministry of External Affairs said both sides acknowledged the significance of bilateral cooperation in the field of regional connectivity and reviewed the progress made at the Shahid Beheshti terminal of the Chabahar port.

"The sides agreed that the Chabahar port has provided much needed sea-access to landlocked Afghanistan and has also emerged as a commercial transit hub for the region, including for Central Asia," it said.

"They reaffirmed their commitment to continue to cooperate on the development of Chabahar Port. Teams from both countries will be meeting soon to address operational aspects," it added.

There are many significant outcome from the visit of Iran’s Foreign Minister.

Important for both India and Iran: For one, the Iranian Minister comes  a week after that of Israeli Defence Minister Benny Gantz. The visit is thus important for India, writes The Hindu “which always seeks to run a balance in ties between the two rivals………It also coincides with the meeting of the Board of Governors of the IAEA in Vienna, which has passed strictures against Iran for its nuclear programme.” For Iran, “the visit would be portrayed as a show of support from a powerful country.”

Afghanistan outreach: Discussions on Afghanistan should be seen in the light of  the visit, days earlier, of an Indian envoy to Kabul. To this end, “India and Iran have discussed further operationalising the Chabahar port, where goods to Afghanistan were sent before the government in Kabul fell last year.”

Crude oil purchases: Finally, states The Hindu “against the backdrop of the Russian war in Ukraine, and western sanctions, Iran has also been keen to convince New Delhi to restore its crude oil purchases, which it cancelled in 2019, after threats of U.S. sanctions. While there was no public statement on the matter during the official part of the visit, External Affairs Minister S. Jaishankar’s statement was significant — he called for the U.S. and Europe to allow Iranian and Venezuelan oil back into the international market if they want India to lower Russian oil imports….”

India and Iran, writes The Hindu  “have catching up to do, with many promises of the last summit in Delhi left unrealised. Instead of increasing Indian oil imports, investments in developing reserves, building up the Chabahar rail project and scaling up trade, India has drastically cut its Iranian engagement due to sanctions, while Iran has looked to China for more infrastructure investment. Bilateral trade dropped to just over $2 billion (2020-21) from $17 billion (2017-18). Ties also appeared to have been hit by New Delhi’s surprise decision to join the Israel-India-UAE-U.S. group, portrayed as an ‘anti-Iran’ coalition….”