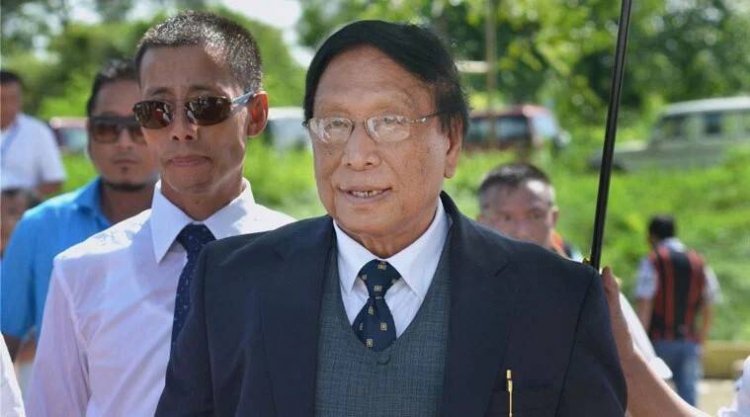 Thuingaleng Muivah, the supremo and general secretary of the National Socialist Council of Nagaland (Isak-Muivah), or NSCN (I-M), now in his eighties, is still not at peace with himself or with the Government of India.   His demands include a separate flag and a separate constitution. But for Nagas born after 1997 and used to being ‘Indian’ citizens and carrying an Indian passport, writes Patricia Mukhim (journalist and editor of The Shillong Times)

“the romance of a Nagalim (greater Nagaland)  passport is passé.

“That the Nagaland state was created in the 1960s is a fact of history. There’s no going back on that now. Also, that the Naga people have been voting since then to put in place a democratically elected government means that the Nagas have accepted the Indian Constitution. This fact is irreversible. Also, that there are areas inhabited by Naga people in Manipur, Arunachal Pradesh, and Assam is a reality and no state will concede to being sliced and diced to meet the aspirations of one insurgent outfit.”

The Naga problem, writes Mukhim “is a political one and talks cannot be held under the shadow of the gun, but the reality is that armed groups still control the proceedings of Nagaland and act as parallel governments, with the elected government looking on pusillanimously……..”

The government has also not delivered

But even the government has not delivered on the development front following the peace talks with  the NSCN(I-M) in 1997. “Statistics reveal that the human development indicators have just gone south after 1997. Education, the surest indicator of the development of a state, is in shambles. While the all-India student-to-teacher ratio is 30:1, it is 8:1 in Nagaland (one teacher for eight students). And all this is on paper only. There are schools with zero enrolment, but teachers are drawing their salaries regularly because they are under the patronage of one or the other armed group. There are primary health centres with no activity, leave alone a doctor. Hospitals in the distant districts of Mon, Tuensang and Kiphere function in the breach, and all because the doctors too are patronised by underground outfits whose primary duty should have been to serve the people of Nagaland, especially in the underserved districts.” The list goes on.

“This abdication of duty by the Nagaland government and the shabby governance is what the current governor of Nagaland, R.N. Ravi, has been calling out against. Naturally he has riled all those used to the status quo marked by a decadent, oppressive and notoriously inefficient and corrupt political ecosystem and a non-responsive bureaucracy. As of today, entrepreneurs find it difficult to start any enterprise because of the culture of extortion.”

What has been offered as part of the Framework Agreement is that the Naga-inhabited areas of Manipur and Arunachal Pradesh would be given governance autonomy along the lines of the Bodoland Territorial Council to facilitate speedier development of infrastructure and institutions for human development.

Perhaps the sticking point is that Nagaland governor R.N. Ravi has expanded the scope of the peace talks by involving civil society organisations (non-political Naga groups) and other armed groups. So long the NSCN (I-M) was the solo player and dictated terms without taking the people of Nagaland into confidence…….”

Muivah however,  refers to the other armed groups as ‘traitors.’ R.N. Ravi’s counter-argument, writes  Mukhim “is that if the other armed groups are left out of the ambit of the talks and a peace deal is signed only with the NSCN (I-M), is there any guarantee that there will not be a bloodbath later? His contention is that there should be no more scope for any parallel governments after the peace deal is formalised.”