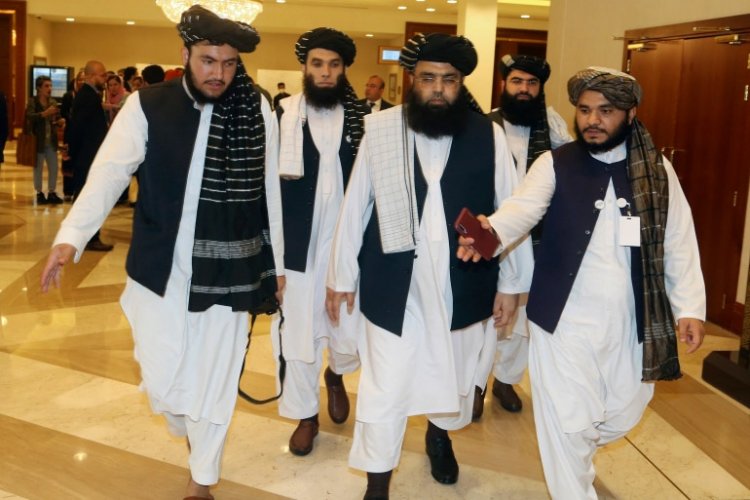 There have been plenty justifications for the recent visit of the Indian delegation to  Kabul led by J.P. Singh, the joint secretary in the ministry of external affairs who is in charge of the Pakistan, Afghanistan and Iran (PAI) division.

It is being argued, writes  K.C. Singh (former secretary, MEA) “that the Taliban are today at loggerheads with their old sponsor Pakistan over not curbing the activities of the Tehrik-i-Taliban Pakistan (TTP), which targets the Pakistan Army and the state and which India can exploit. Furthermore, that within the Taliban moderate and radical factions have differences which India can play on only by being in the game. Also, that in any case India had been in clandestine contact with the Taliban since before its capture of power in August last year.”

Taliban going back to its old ways

Facts on ground however, point to the contrary. The 13th report of the UNSC’s Analytical Support and Sanctions Monitoring Team notes that ‘Al Qaeda appears free to pursue its objectives’ so long as the Taliban are not embarrassed. It adds that these objectives apparently include “recruitment, training, fundraising and al-Zawahiri’s video communications”. This video surfaced in November last year in which al-Zawahiri castigates the United Nations and its permanent members.

Ali Shamkhani, the secretary of Iran’s National Security Council, has sought a joint regional counter-terrorism focus due to Afghanistan becoming again the cradle of global jihad. Foreign Policy magazine notes that the TTP has up to 4,000 fighters today as in the past two years it has reabsorbed 17 former affiliates. In addition, the Taliban is harbouring other terror proxies like the Kashmir jihadists, Ansarullah of Tajikistan and the Islamic Movement of Uzbekistan.

Simultaneously, the Taliban has been reneging from commitments given during their deal with the United States prior to the takeover in August 2021 that the educational and other rights of the girls and women would be protected.

‘Reason for India’s Taliban outreach is more internal than external’

In this context, the reason for India’s Taliban outreach is more internal than external, says Singh.  “The militancy began in Jammu and Kashmir as the Soviet Union withdrew from Afghanistan and Pakistani jihadi elements returned home by 1990……” With the alleged  attempt to fix the 1987 state Assembly election,  “the plot had been set for Pakistan to unleash terrorism in the Valley, already having surplus hordes of jihadis desperate to liberate Kashmir, soon after their victory in Afghanistan. The plot is almost identical now.

“The BJP government in New Delhi has failed to assuage the feeling of hurt in the Valley following Jammu and Kashmir’s downgrading to Union territory status and the bifurcation of the erstwhile state. In addition, the recently held delimitation exercise, which adds six new seats in the Hindu-dominated Jammu province, has merely added to the angst. The political outreach to explain the far-reaching steps by the Union government has been minimal.”

Outreach to the Taliban may not work

In any case, the outreach to the Taliban may not work. “The only carrots India can put on the table are development and financial assistance. But this assistance would have to be transmitted to Afghanistan via Pakistan or Iran. Both are likely to carefully weigh their own concerns about the Taliban and make routes available only if they are satisfied by Taliban’s response. The Taliban are also caught between testy neighbours and twin internal challenges. The insurgency fed by former northern, non-Pashtun leaders as well as the threat from the Islamic State of Khorasan Province (ISKP) will ensure that the Taliban des not offend AQ affiliates, that it currently tolerates. The Pakistan Army may also change its approach if they find that India is beginning to get traction in Kabul.”

The myth of India’s strategic interests in Afghanistan

In the opinion of Manish Tewari (former Congress Minister and MP),  civilisational ties between India and Afghanistan is a myth “that we have created for our consumption.”

Shekhar Gupta (founder, editor-in-chief of ThePrint)   had quite some time in 2011,   argued that Afghanistan ‘will be of no strategic importance to us. None of our supplies or trade comes to Afghanistan. None of our bad guys hide there. No Afghan has ever been involved in a terror attack on India. In fact, almost never has a terror attack on us been even planned in the more precise Af-Pak region. They have all been planned and executed between Muzaffarabad, Muridke, Karachi and Multan. Almost never has an Afghan, Pakhtun, Baluch, Tajik, any ethnicity, been involved in a terror attack in India.'

Writing again in 2021, he opined, ‘There is much knee-jerk paranoia in India about a new ‘Terroristan’ coming up between Pakistan and a Taliban-ruled Afghanistan. Pakistan has zero ability economically, diplomatically, geo-strategically or militarily to create one. If they try, it will be great for India as they will destroy themselves yet again. In the first phase of the Cold War, this blessing of geography cost them more than half their country (1971); in the second (1979-91), they destroyed their infant democracy, institutions, and brought in Islamisation.’

Under these circumstances, Tiwari suggests “the better option would be to just ignore the regime in Afghanistan till the time the international community does not strike a collective bargain that expects the Taliban to subscribe to a certain behaviour pattern in return for the easing of both qualitative and quantitative sanctions. In the meanwhile, we can try and cope to the best of our ability as a nation with both the scourge of terror and narcotics that may acquire a new impetus out of Afghanistan. However, what we must first do is disabuse ourselves of any fanciful nations that India either has strategic interests or can be a player in Afghanistan.”

Protests have broken out across Pakistan in the wake of the controversy over comments on Prophet Mohammed by two BJP leaders. While   “monitoring” the security situation for its High Commission in Islamabad, India has asked the Pakistani government to ensure the safety of minorities, sending a formal protest about the attack on a Hindu temple in Karachi.

Spokesperson Arindam Bagchi at the weekly media briefing Thursday said “We’ve conveyed our protest to the Pakistan government, urging them to ensure safety, security & well-being of its minority communities.”

Earlier on 5 June, India had rejected critical comments made by the Pakistani government and Prime Minister Shehbaz Sharif, calling Pakistan a ‘serial violator’ of minority rights.

In a tit for tat, Pakistan’s Ministry of Foreign Affairs said “The Government of India would be well advised to introspect and ensure the protection of the fundamental rights, lives, and places of worship of minorities across India, particularly Muslims who are facing brutal attacks from the proponents of ‘Hindutva’ holding on to the reins of power in the country.”

Earlier last week, Pakistan’s National Assembly and Senate passed resolutions condemning the comments made in India, unanimously. The resolutions blamed the Modi government for what it called ‘Islamophobia’ in India, and called for intervention by the United Nations. Former Pakistani Prime Minister Imran Khan addressed a rally demanding the Pakistan government sever ties with India and boycott Indian products.

India Should Make Peace with China, Not Align With US

India - China:  Must Accommodate Each Other